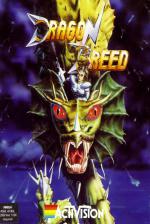 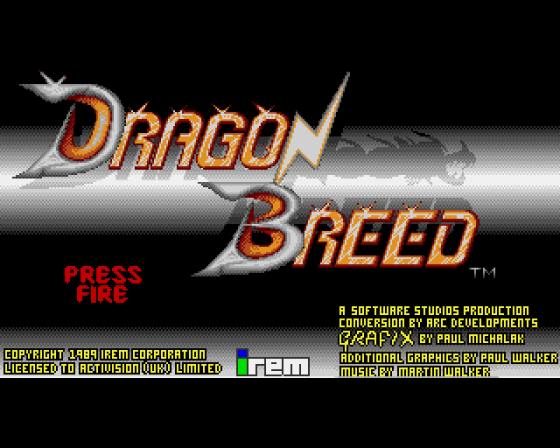 Kayus, King of Agamen, is just fifteen years old and his empire is under threat from conspirators who have freed Zambaquous, King of Darkness. To restore peace Kayus has called on Bahamoot, a huge snake-like dragon. Astride this beast he must battle through six levels, each with a horrendous monster loaded in at the end.

Kayus is armed with a fiery crossbow and Bahamoot with fireballs which increase in strength the longer fire is held down before releasing them. Bahamoot can obtain additional weapons by collecting pods carried by special creatures. Red pods give flame breath, silver give homing dragons, blue give lightning bolts and gold give scales. The latter two allow the dragon to briefly curl into a semi-invulnerable circle. All the weapons can be upgraded three times, while the tail itself can be used to destroy enemies by slashing through them. To collect pods on the ground Kayus can dismount the dragon.

The graphics are a tad garish, but also big and fast which, combined with good music, establish a good coin-op atmosphere. Basic gameplay is R-Type with a tail, unoriginal but initially quite addictive. 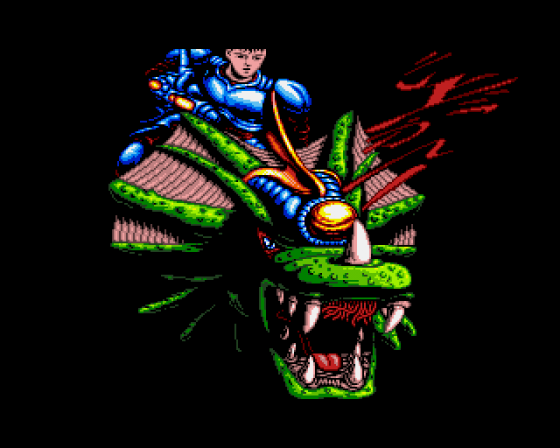 Unfortunately, collision detection is off by a couple of millimetres, ruining instrinctive play.

It's particularly maddening since those fast, big graphics so often put you in tight positions where millimetres are critical. Of course the coin-op was very tough, so fans might accept the bugs but I'd rather play something else.

There's nothing more disastrous for a shoot-'em-up than dodgy collision detection, and Dragon Breed has probably the worst I've ever seen! 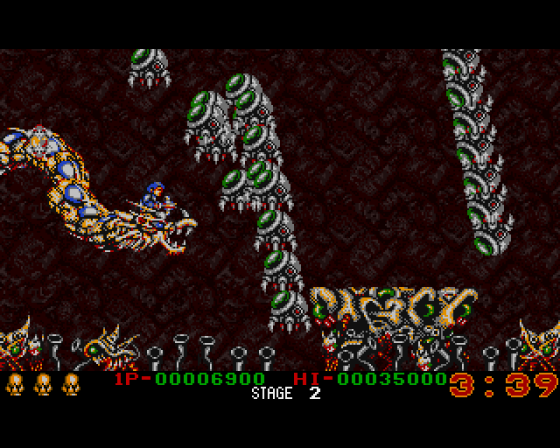 The aliens seem to have a large, invisible 'kill zone' around them while your supposedly protective tail often lets them pass through. Hence, dying is usually accompanied by cries of "What got me?" This flaw makes the game very frustrating - the C64 version (reviewed last month, earning 79%) is much more playable.

Graphics 73%
A bit garish, but varied, large and fast.

Sound 75%
Choice of mediocre FX or a nice soundtrack.

Hookability 64%
Level one is a good start with lots of space...

Lastability 52%
...but later levels emphasise lousy collision detection. Variety is fine if you can accept this fault.

A seriously flawed conversion... Level one's okay but later levels emphasise lousy collision detection. Variety is fine if you can accept this fault. 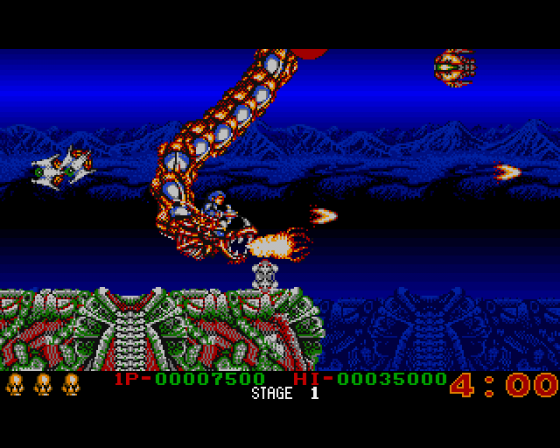 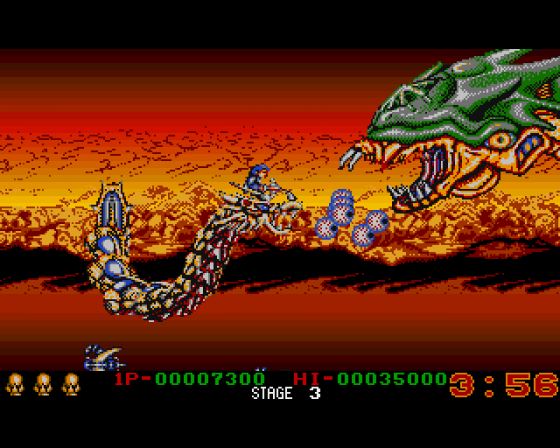 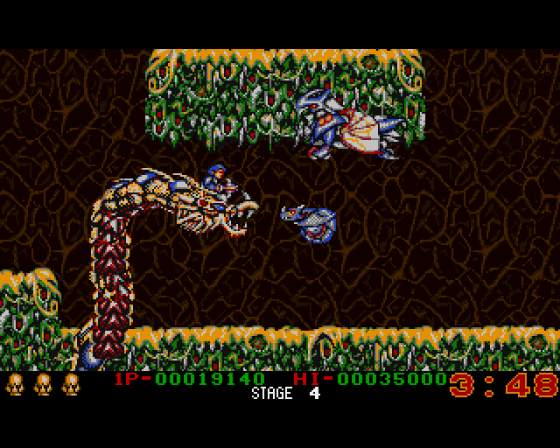 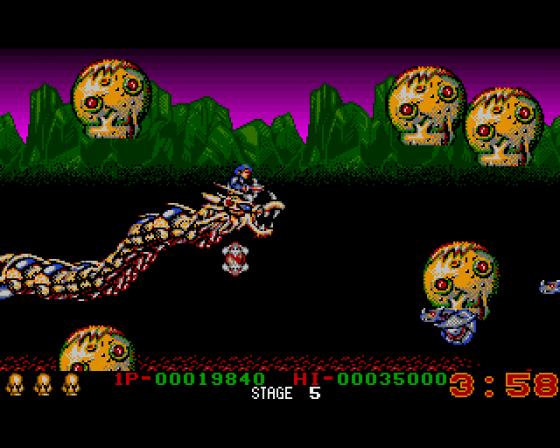 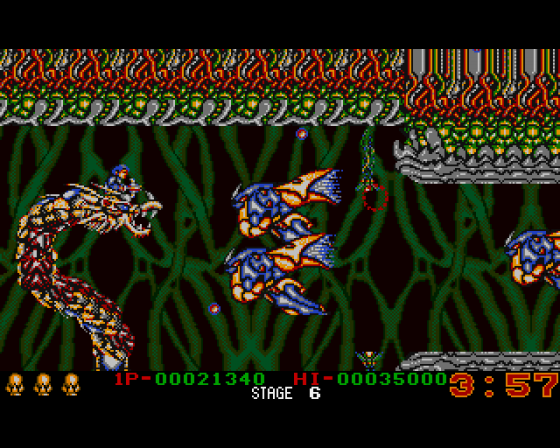