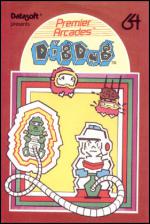 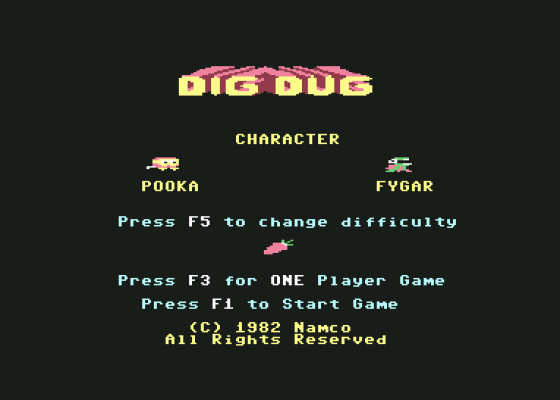 Atari's Dig Dug is the grandfather of all digging/tunnelling games and has spawned all sorts of games like Mr Do and Boulderdash.

It appeared in the arcades during 1982 and presented a novel new sort of game and consequently gathered quite a following. It's a simple tunnelling/drop the rocks on the baddies game which involves quite a bit of pattern work to successfully complete a screen.

When you start a game, your man appears on the surface of the ground at the top of the screen and digs his way through the earth in the middle. The game then starts playing properly. You have to destroy all the creatures on the screen by either blowing them up with your pump gun, or dropping a rock on them to advance to another screen. The creatures which inhabit this underground world are the fat Pookas and the fire-breathing Fygar dragons, both of which chase you and will kill you if they catch you. 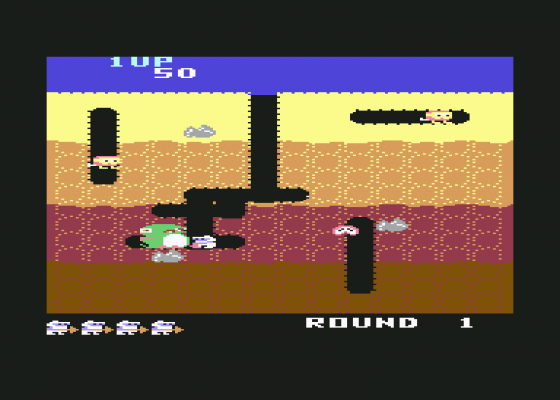 The best way to tackle a screen is to dig your way through the screen and form tunnels, if there are no tunnels the baddies will mutate and start to burrow through the earth towards you. If they are burrowing, then you can't use your pump gun against them, but if there is a tunnel between you and them they have to revert to normal and are vulnerable. To use your pump gun, allow a Pooka or Fygar (beware it doesn't breathe fire on you) to get near and press the fire button quickly. This will pump them up with air and they will grow and grow until they burst. If there are horrors on your tail, then burrow upwards through the earth towards a rock. Once you have reached the rock, move left or right and it will fall onto the unsuspecting hostiles. You can't push rocks about like Boulderdash so this is the only way to squash the baddies.

At a random time during the screen, a fruit will appear in the centre of the screen. Collect this and you will earn a bonus points. Although the fruit is only worth 100 points on the first screen, it soon becomes well worth collecting, a nice 8,000 points is earned for collecting a Pineapple.

The idea of running around in self-made tunnels, blowing up dragons with a pump might sound a bit sick, well it is. If you are a squeamish person I advise you not to play this game too much. The wonderfully animated popping (not as in dancing) Fygars and Pookas might make your stomach turn. Unfortunately you are unable to go everywhere on the screen, but this doesn't matter too much. A catchy tune plays continuously, which took a long time to get on my nerves. The tunes that play when you do something right are also perky. The graphics are a bit indistinct at times and the game generally looks a bit dusty with age. I never have liked tunnelling games but this reasonably converted game from arcade to home computer had me medium pleased. 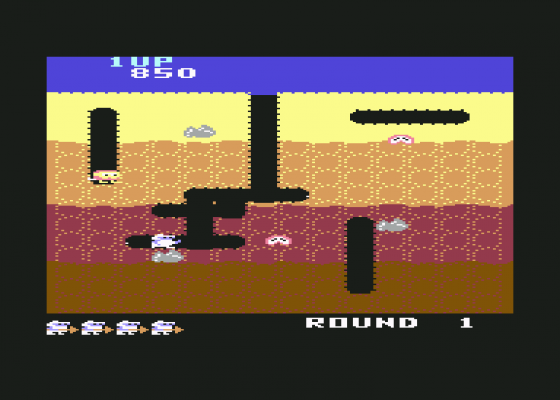 This is a very good conversion, although it's a shame that it has taken such a long time to come over the Atlantic. The graphics and sound are very similar to the arcade game and it features very similar screens to the original. There is plenty of challenge, on high levels everything speeds up and there are more and more Pookas and Fygars on each screen. I enjoyed this as I haven't seen Dig Dug for quite a few years and it was nice to play and reminisce about the old days, but if you haven't played it before then have a look before buying it, you may not like it.

As arcade conversions go, this is a very good one. It looks and plays fairly similar to the original and will probably be as popular. Graphically it's very good, with each of the characters being well detailed and coloured, and actually having 'character'. The sound is as irritating as on the original and had me hastily turning the volume control to it's minimum. I especially like the sick way the Fygars and Pookas pop when pumped full of air! Overall the game is fun to play, though I doubt its lastability due to its rather aged nature. 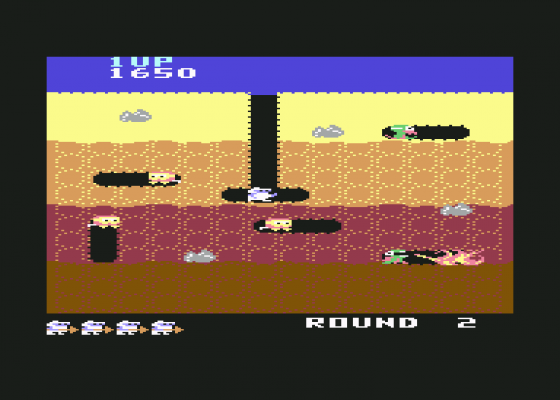 Hookability 68%
Easy to get into due to its simplistic nature.

Value For Money 53%
Quite old and would benefit from being a bit cheaper.

A conversion of aging arcade favourite... A touch repetitive but reasonably appealing. 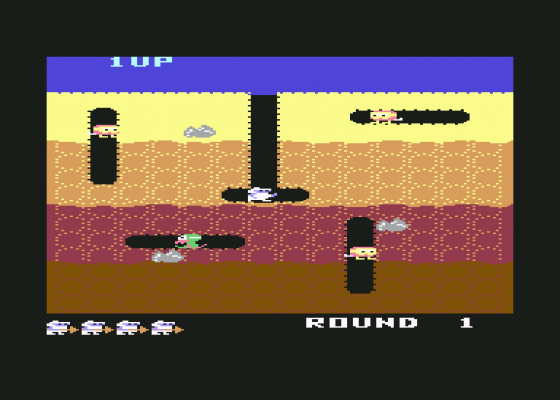 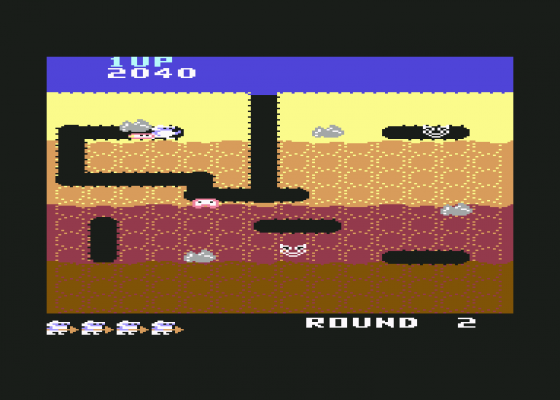 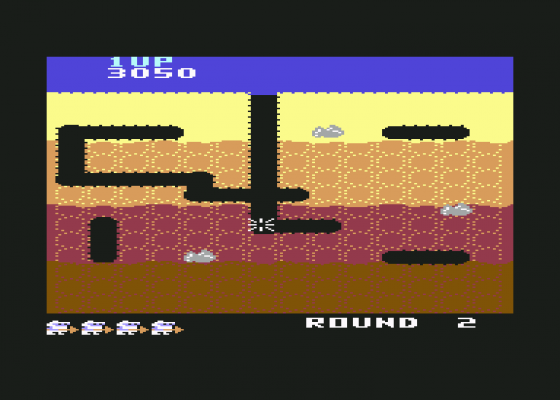 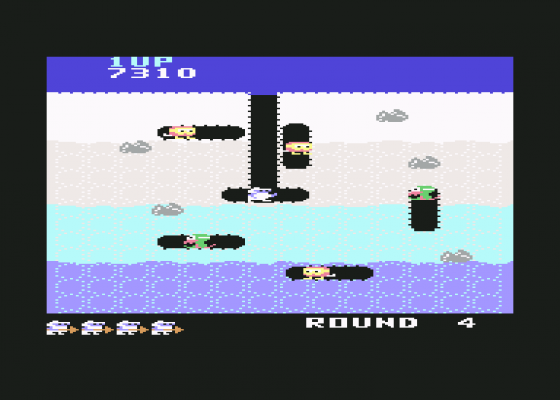 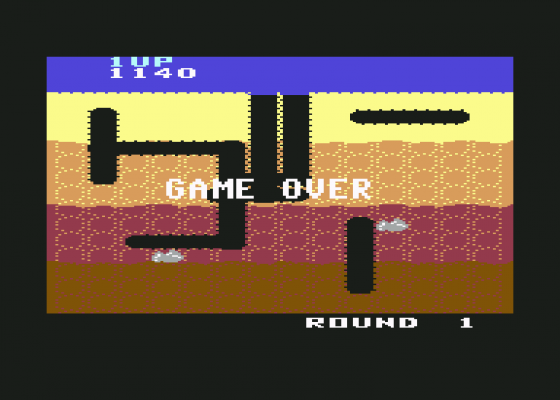