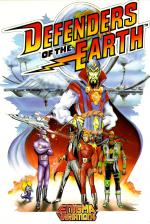 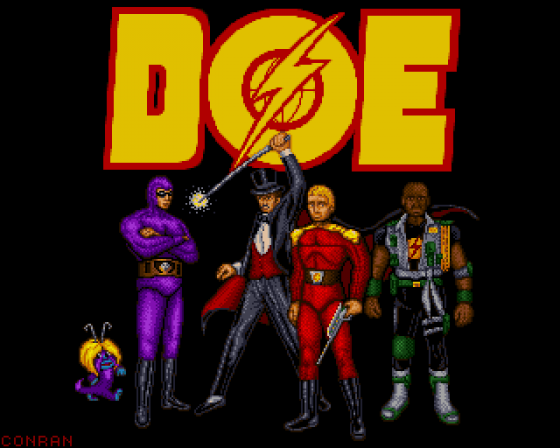 Flash Gordon's been around a bit, hasn't he? From 30s Saturday morning matinee to 80s film, to 90s cartoon series and now to computer. Along with the rest of his new team, the Defenders Of The Earth, he's up against - who else? - the evil Ming the Merciless, who has moved from Mongo to Earth in a bid to wreak havoc and become ruler of the world! This time he's kidnapped the young Defenders, imprisoning them in his fortress in an attempt to force Flash, The Phantom, Lothar and Mandrake to give up their never-ending battle for justice and peace and let Ming become dictator of Earth.

Of course, that's unthinkable so, after a bit of planning, the Defenders set out to rescue the kids.

Ray pistol in hand, Flash has to leg it around Ming's horizontally scrolling hideout and take out the various baddies. When in need of a little assistance, you can call on Dynak, the Defenders' computer, to beam down another member of the team. Each member of the team has specific abilities, essential to the mission's success (for example, Phantom can kick down heavy oak doors). Even the team mascot, Zuffy, has a use although he sometimes makes mistakes and arouses the attention of huge guardian robots, including Ming's enormous metallic 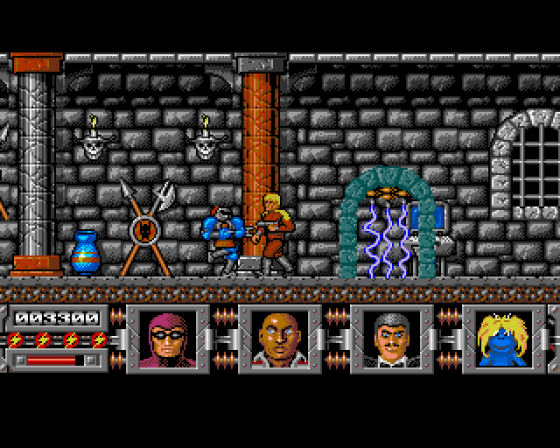 When I first heard that there was to be a game based on what has to be my favourite cartoon series of this year, I expected it to be a poorly-executed shooter, relying on only the licence for sales. Now it's here and, yes, it's a shoot-'em-up, but to my surprise quite a good one.

Okay, so it's not outstanding, and I suppose the licence does go some way to adding interest, but Defenders Of The Earth has a lot of good points. The opening little tune, for instance, is extremely close to its TV counterpart, and the sampled speech of Flash, inviting you to join in the mission, adds atmosphere.

The game itself is very difficult, especially when you're only got the rubbishy pistol which you begin with (more weapons are available later), but practice reaps its own rewards and you'll find yourself getting deeper into Ming's domain with every attempt. Defenders Of The Earth isn't an essential purchase, but if you're looking for a challenging blaster with a bit more besides, it's well worth having a look at.

It's a shoot-'em-up. Not an outstanding one and not an essential purchase, but if you're looking for a challenging blaster with a bit more besides, it's well worth having a look at. 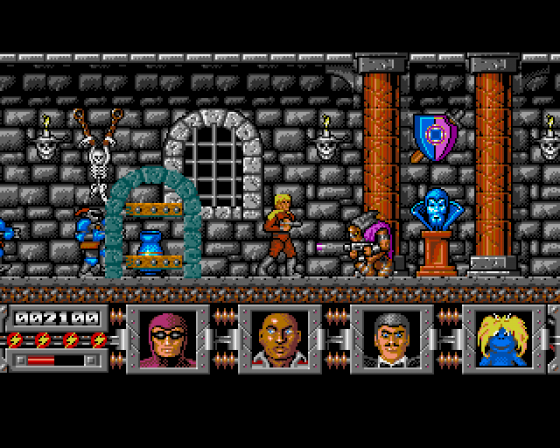