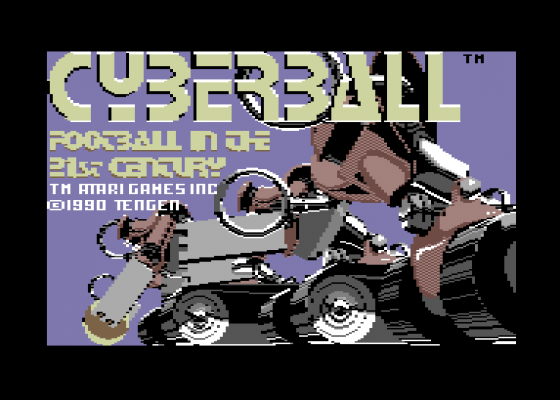 American football has grown so violent that by 2022 only huge robots can play it! As in present-day gridiron, the offence try to advance the ball up the field with the eventual aim of scoring a touchdown. However, instead of having four chances to advance ten yards they have to reach the 'defuse line' before the ball explodes! The offence can choose to run, pass or use an option play (a mixture) - in any case four options are presented. Similarly the defence gets to choose from a variety of short, medium and long defences.

On all plays, the quarterback first gets the ball before handling or passing it to a colleague to whom control switches. When passing, the quarterback has a choice of three targets to throw to. Field goals are not allowed, instead you must either run or pass the ball into the endzone from a goal-line position.

Cyberball is surprisingly easy to get into with attractive graphics and excellent status/play select screens. Plays last mere seconds but gameplay is as rewarding as any other American Football program, a 200-yard running play for a touchdown is always terrific. 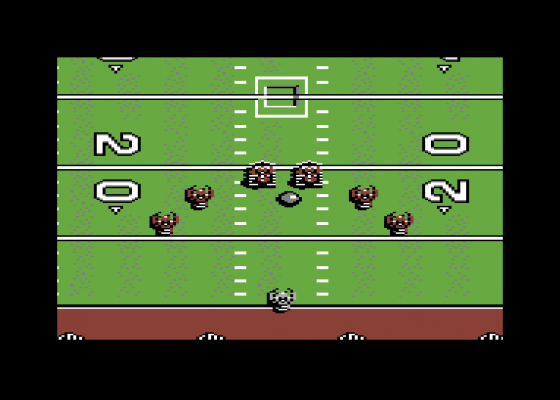 Good to see the many plays implemented as well; pity there isn't a player vs. player option though and what what happened to the Turbo Boost feature? Otherwise, playable American Football fun well worth a look.

Eight months offer the 72% Amiga vesion we have the C64 game, looking very nice with attractive sprites, slick scrolling and good presentation screens. Actual gameplay should appeal to most American football fans, with lots of plays to master.

Non-fans might find the game a little bitty - you seem to spend most of your time picking plays which take mere seconds to collapse into failure. 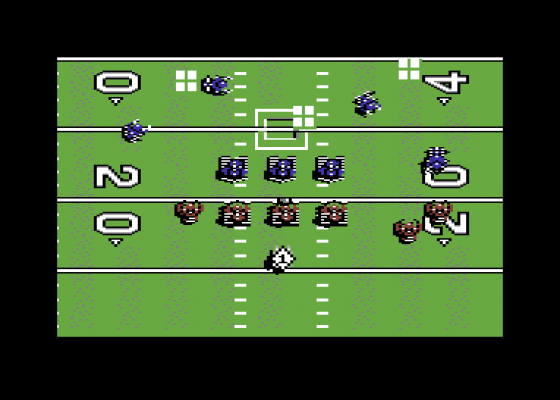 Successful plays make it worthwhile though, and with practice you can improve - especially on the tricking passing throws. This is a top-notch conversion, even if little advantage is taken of the cart.

Presentation 82%
Simultaneous two-player mode (both on the same team), attractive play diagram screens and choice of all six teams to control and play against.

Graphics 78%
Smooth scrolling and attractive sprites which move quite well.

Hookability 79%
Surprisingly easy to get into, at least if you concentrate on running rather than tricky throws.

Lastability 75%
Each game will take about twenty minutes, and defeating all the opposing teams is a fair challenge.

A superslick conversion... Each game will take about twenty minutes, and defeating all the opposing teams is a fair challenge. 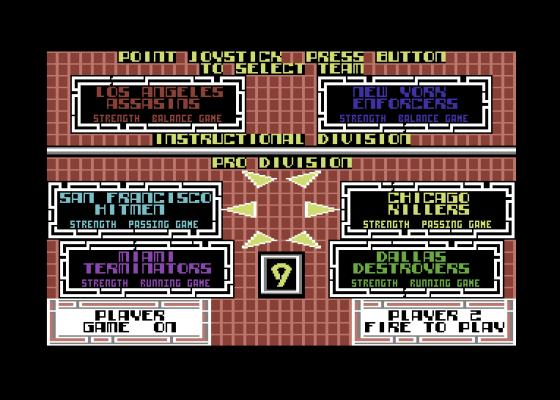 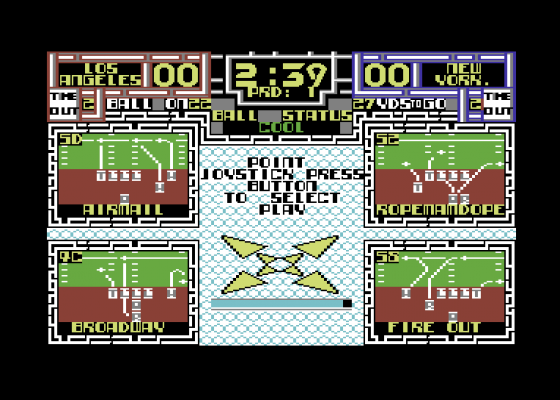 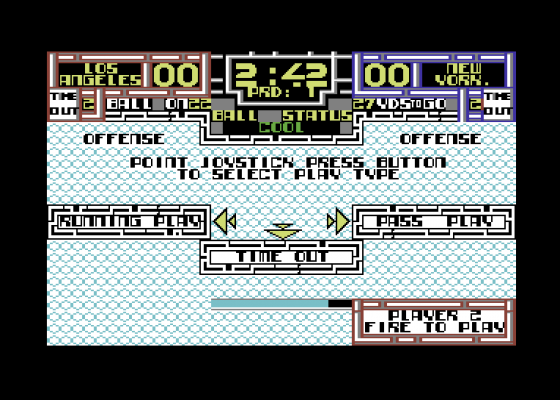