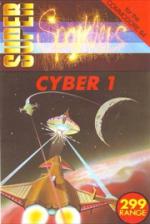 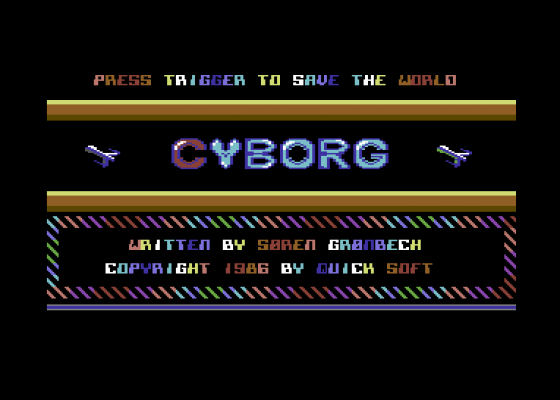 You have been assigned another routine patrol duty ship en route to a new Galaxy. Everything looks fine, when suddenly a surprise attack on the Earth is launched and all hell breaks loose. Several divisions of alien fighters close in on your ship and the duty doesn't seem so routine any more!

The initial action takes place over the surface of the mothership. Your patrol vessel, Cyber One, remains in the centre of the screen and the multi-directional background scrolls with it. A scanner is situated below the main screen, displaying the entire combat area and the position of the attacking fighters.

When all of the enemies' ships have been destroyed, they send their main power station in as a last resort. This is highly manoeuvrable and heavily defended, absorbing several direct hits before it succumbs. 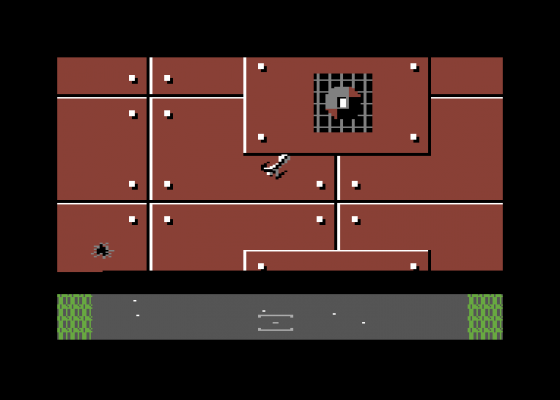 Having dealt with the station, you are transported to the enemy base to negotiate the 'Tunnel of Death' which leads to their headquarters. A side view of the tunnel scrolls past at speed, and any contact with its walls results in the destruction of your ship.

The light at the end of this treacherous tunnel is the enemy HQ, which has to be searched for hidden star - when these are collected the base is rendered useless. Guardian robots patrol the complex corridors, and contact with them depletes your energy. Four lives are given and complete energy drain results in the loss of one life. When all your lives are used, the mission has failed and the Earth is destroyed.

This is a pretty feeble budget shoot-'em-up. The title screen and some of the effects are pretty, but there's nothing in the gameplay to get you going. The first section is a fiddly and very poor multi-directional blaster, the second part is an extremely weak 'get your sprite safely down the scrolling tunnel' job, and the last part is a crummy two-way scrolling Commando without the shooting. 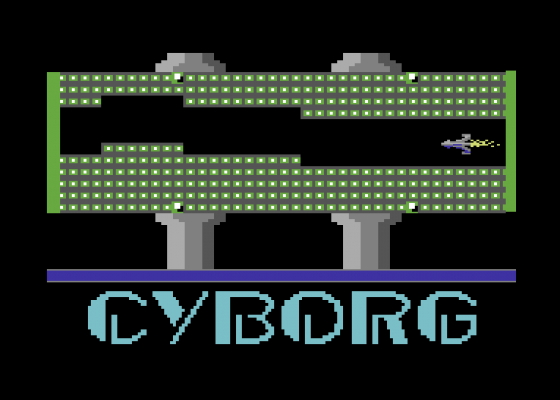 Even at three quid it's overpriced. Why not check out Zone Ranger or Void Runner instead - they're a quid cheaper!

The first thing that struck me was that it's called Cyber One on the inlay, but has "Cyborg" splashed all over the title screen - spooky, eh? The game itself is pretty average: none of the three sections managing to inspire to any great extent.

The shoot-'em-up stage is poor, having bland graphics and an annoying control system. Being wary of the 'Mega Speed' in the tunnel of death is mildly entertaining and by ar the best part of the program.

The final maze-type section is rather uninteresting and possibly impossible to complete: the instructions tell you to blast the robots with your laser. This is rather difficult as you don't have one, and avoiding the robots is *very* difficult. The term 'budget' should not mean that a game is quickly thrown together and sloppily packaged. At three quid, this is still overpriced. Don't bother.

I get the impression that Cyber One is not quite finished. The graphics are crude, especially in the first stage, and are hardly imaginative - just like the gameplay in fact.

I managed to get through to the third stage the first time I played, and after a few further plays I was bored beyond belief - it's so tedious, and hardly worth 50p, let alone three quid!

Presentation 41% Uninformeative instructionjs and obvious differences between the inlay and the game itself. Nice title screen though.

Graphics 63%
Uninteresting throughout, with large areas of colour and little detail.

Lastability 25%
Easy enough to get through to the final section, but virtually impossible to get any further.

Value For Money 32%
At a pound a section, it still seems too much! 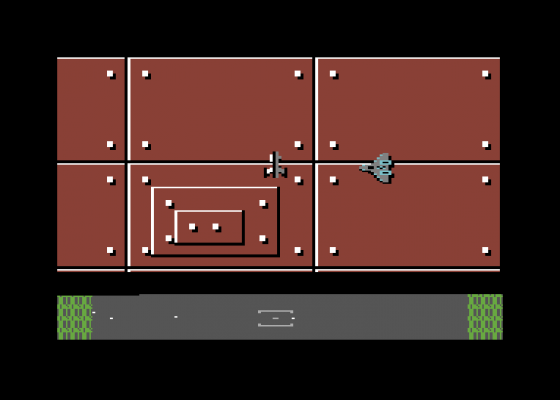