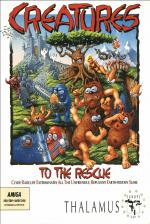 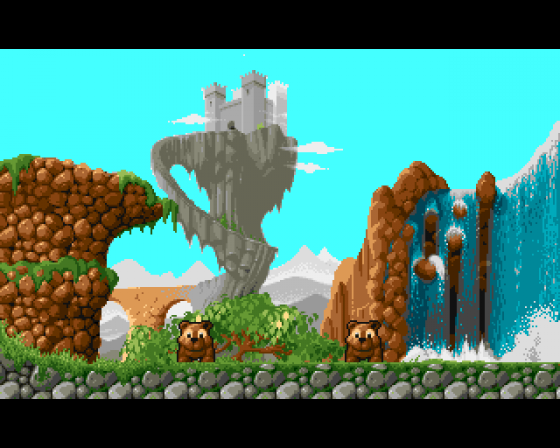 Two years ago a game like this would have been banned, at least the programmer would probably have been strung up. But as times have changed, so have the restrictions on what is acceptable and what isn't in the computer game world, so much so that games like this do exist.

Creatures is a puzzle game stroke platform run-around thing. You take the role of a cute and very stock little furry thing, and you must make your way through various levels dodging, shooting and collecting small creatures to make a potion with.

Once you have conquered these levels you are then faced with either a shop or a puzzle level. In the shop you are accosted by a shapely woman who tries to tempt you into buying something that will make you buy a weapon of some sort on the next level. 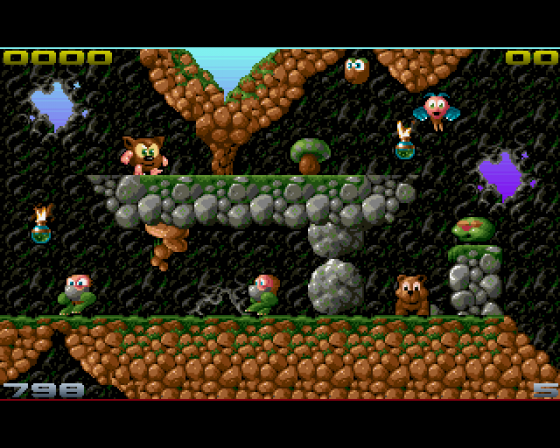 The lateral scrolling levels instantly reminded me of Ghosts And Goblins, except Creatures is a lot harder.

Basically Creatures makes a mockery of all the fluffy bunny games released in the last year or so, namely Lemmings, Skweeks, Dizzy and platform games too numerous to mention.

You notice something is amiss on the title screen when you have two cute little fluffy things walking round the screen looking in complete harmony with themselves and their idyllic surroundings. 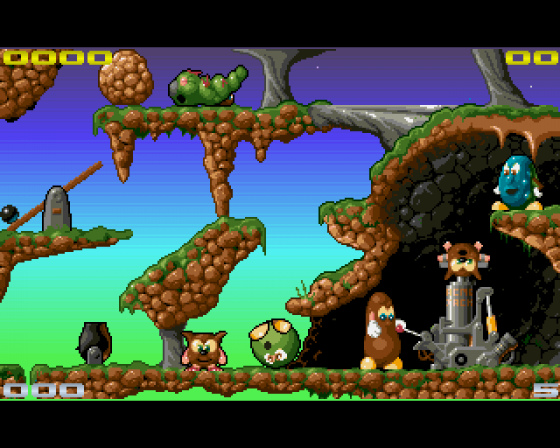 Then a bloody great monolith with "Creatures" carved into it comes smashing down on top of them, turning them into strawberry jam.

So I started playing the game with anticipation and at first I was quite let down. It just seemed like your average puzzle game. Then I got to a later stage called Torture. The screen opened up with your character at the bottom of the screen and another character very similar to yours glued upside-down to some sort of jack. This poor thing was slowly being jacked to another level with a very nasty monster standing on it that resembled a blue potato. It was obvious that he was going to do something, but nothing can describe just how graphic the mutilation is that occurs.

So I blundered around trying to help my little friend, but to no avail. He was jacked up to the monster's level and the nastiness began. The creatures walked off the screen and came back with a chainsaw, turned it on and began to rev it up in front of the poor beastie glued to the jack. After a couple of seconds the animal that looked like a blue potato began to rip in to the thing on the jack with merciless abandon. 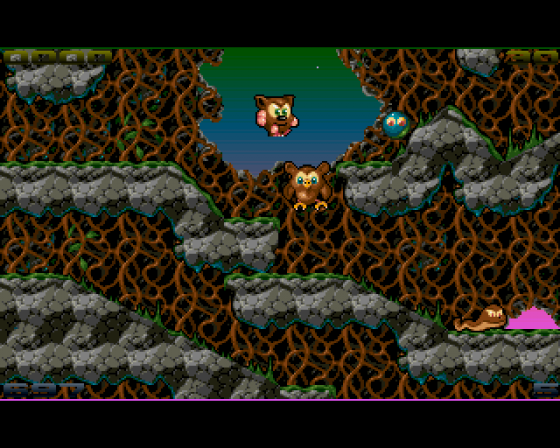 Let me tell you, the programmers left out no detail. The poor thing's body vibrates as his organs are sprayed from his body. Sick, very sick indeed. There are three other forms of mutilation in the game - you may just be able to glean what is going on from the pictures but I won't "spoil" it for you.

To stop this mindless mutilation you have to figure out the puzzle. It maybe involves jumping on seesaws or breaking glasses of fluid to kill the evil creatures but whatever it is, it's pretty challenging.

I think Creatures is a prime candidate for the cult game of 1993, but it's definitely aimed at an older age group than the usual fluffy bunny games. As long as you are not easily offended by violence then I would say Creatures is a good buy. It is challenging in every aspect and the animation of the creatures is fantastic. My only beef is that it is a little too challenging in parts, and three lives just aren't enough. Oh, and don't show your granny...

Playability 80%
Does get a bit tricky in places.

Addiction 80%
If your stomach can stand it, you'll be at it for ages.

A good buy. Creatures is challenging in every aspect and the animation of the creatures is fantastic. Hope your stomach can stand it! 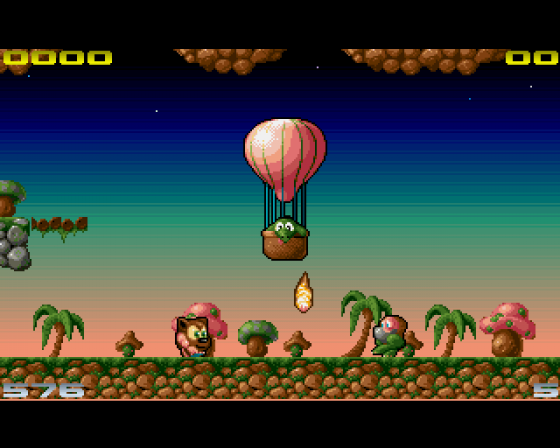 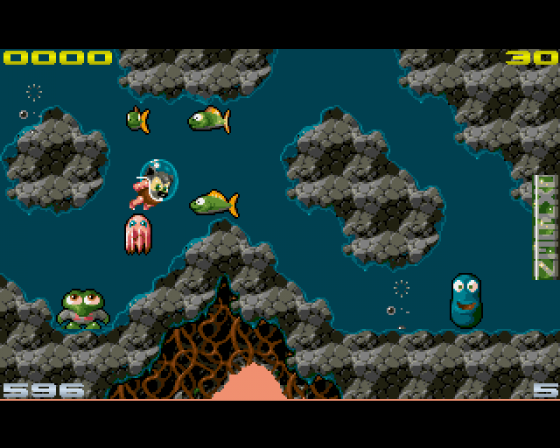 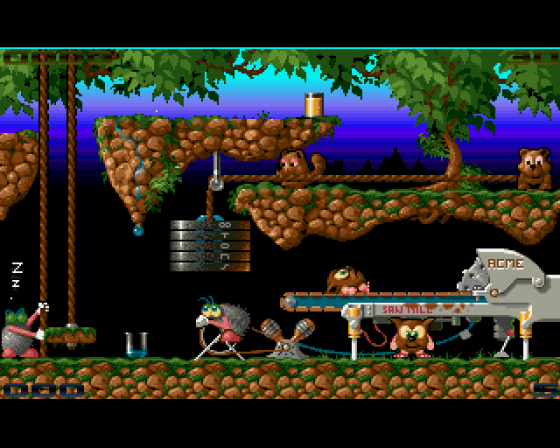 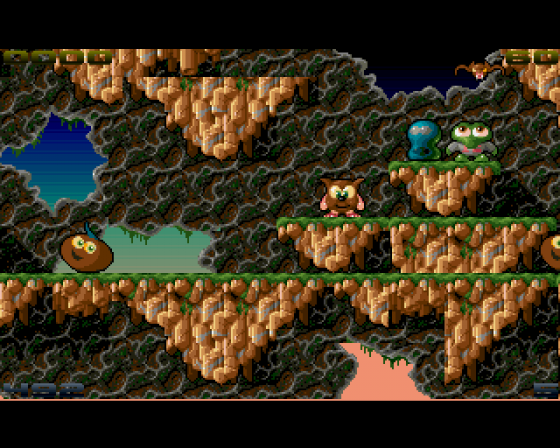 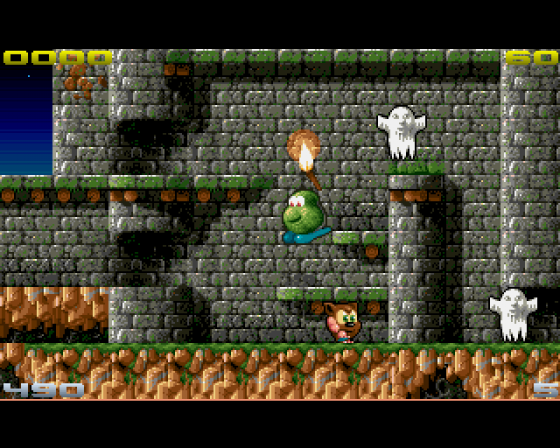 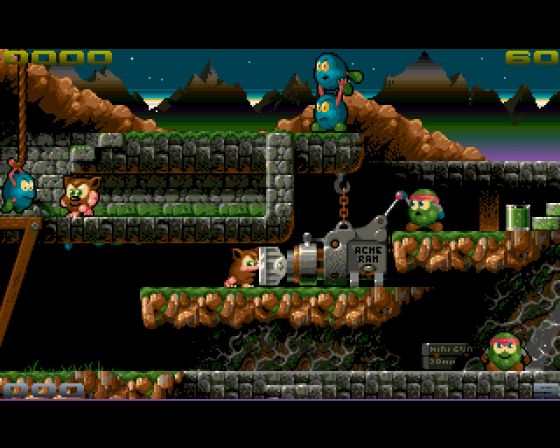