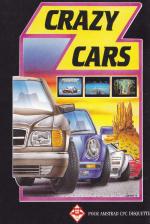 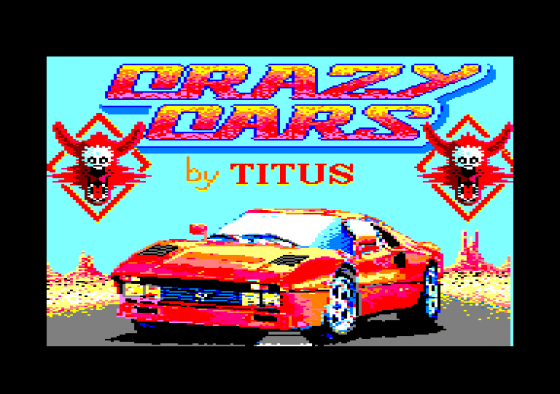 Sit yourself down in the driving seat of a fast sports car and prepare to race in the American Cross Country Prestige Cars Race. There's only one course to race around, but it does get more difficult on successive levels.

The screen is split into two areas: a 3D scrolling play area at the bottom of the screen and an information panel in the upper part. The score, level, stage, speed and time remaining are all displayed in the status panel. Your score increases as you progress through the different levels and stages of the race. The speedometer is a digital readout and so is the time remaining indicator. You initially have 65 seconds to complete the race; bonus seconds are awarded at the end of each stage. Time is lost when you collide with other cars and you're slowed down when you hit the edge of the track. Fail to reach the end of the track within the time limit and it's game over.

Each level is made up of ten stages and, after all ten have been completed, your car is upgraded to the next in the list. You begin the race in a Mercedes and can progress to a Porsche, Ferrari and finally a Lamborghini. 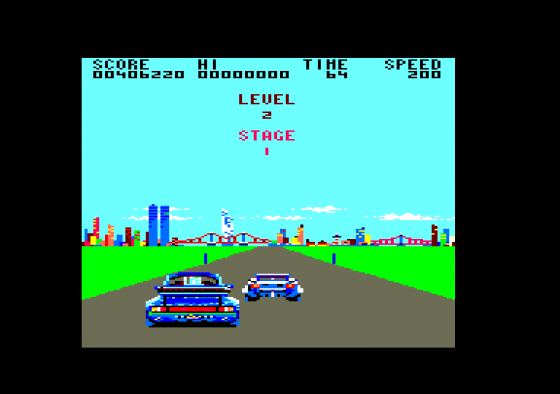 The scrolling 3D graphics are very fast, but the corners do seem to materialize out of nowhere. The cars are large and colourful, but there isn't much colour in the background. The only sound is that of the engine hum.

It's fun to play for a while, but there really isn't enough to it to have much long term appeal. The main problem is the unrealistic appearance of the corners which is annoying. As a budget game this would be worthwhile, but at full price I'm not so sure.

The corners that pop out of nowhere and the unrealistic behaviour of the other cars spoil an otherwise OK game. The best part about it is the undulating road and jumps that throw the car all over the place. Simple stuff that isn't going to keep you entertained for long. 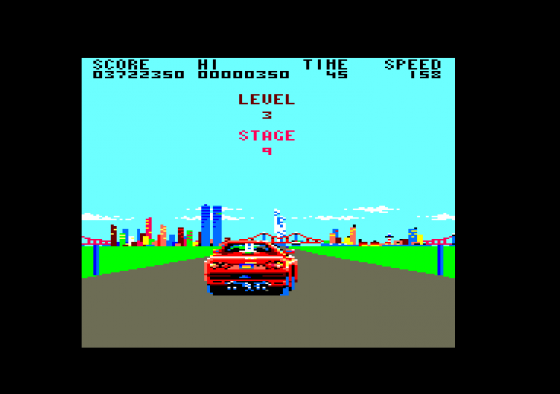 You'll still be able to see everything in green.

Graphics 59%
P. Fast 3D scrolling.
N. The background could have been more colourful.

Grab Factor 67%
P. Rushing around the course is fun to begin with.
N. Sudden corners spoil it.

Staying Power 54%
P. Not much variation from race to race.
N. Too easy to complete and when you've overtaken all the other cars there's little challenge.

Rushing around the course is fun to begin with... When you've overtaken all the other cars, there's little challenge. 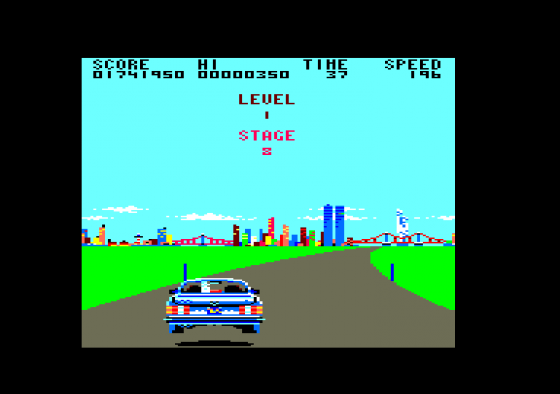