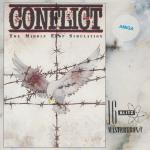 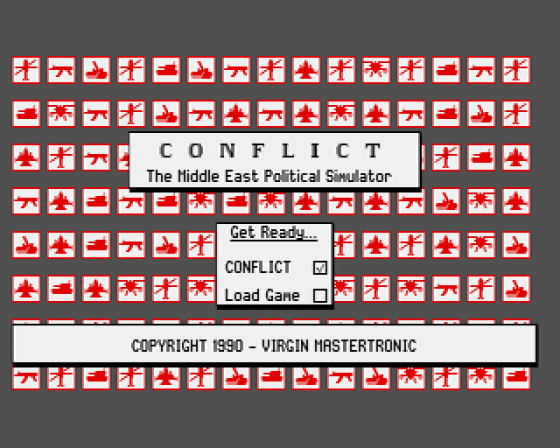 The Israeli Prime Minister has just been assassinated and guess who's just got his job? According to Mastertronic's 16-Blitz game of Middle Easy conflict in 1997 - it's you. The objective is straightforward enough. Just get every neighbouring country to collapse. You read the headlines from various newspapers each month. As you might expect, the radical Arab rags just don't see the situation in the same light as the Tel Aviv Times, so the news not only makes amusing reading but also provides an essential insight about the underlying political stances of neighbouring governments.

Then it's off to the War Room to study the situation map. It is here that the Cabinet gather to urge you forward to a greater Israel. A simple graphical interface allows you to examine, country by country, the status of each nation, as well as its current political posture towards the Holy Land.

It is in the War Room that you are reminded by the opposition party of the government's present international prestige. This is a barometer which is easily altered up (when you assert military and/or political strength) or down (if you show signs of weakness of compromise). 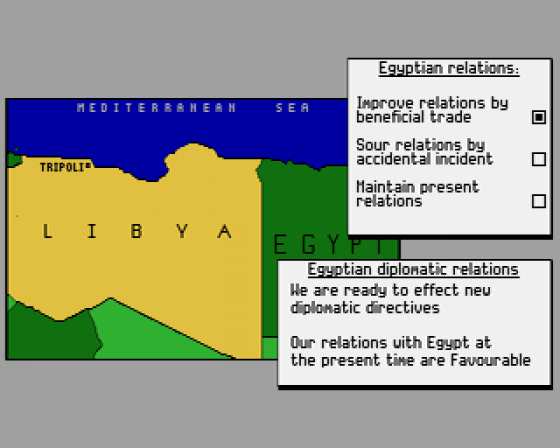 Mossad [the Israeli secret police - Ed], the chaps that raise the phrase 'cloak and dagger' way about a mere fashion statement, can turn the enemy's rabble into rebels, create emergency insurgencies, do coups and will even throw in the odd assassination.

When the situation looks tough, you can always save yourself with a US grant. With your advisors egging you on, you can see what the US, Great Britain, France and other independent arms dealers have to offer on the hardware front this month. The selection improves from a supplier if you become a steady customer but the US tends to have the best selection - surprise. Arms include helicopter gunships, strike aircraft, SAMs, etc.

You can raise international tension by stirring the pot a bit. An aerial strike here and there works wonders. Don't let things become too tense, though, or the US might intervene and blow the whole war by peacekeeping or force an arms embargo upon you. Spoilsport.

Dealing with the Palestinian homeland is a sticky problem as you must keep the tension manageable. Picking winnable fights and developing nuclear capability is the key to success. Oh, and if a neighbouring country develops nukes you'll know to despatch a strike force to keep them in line, won't you?

While not striving for a realistic simulation, Conflict is a surprisingly entertaining game of Cold War politics that is easy to learn and available at an attractive price.

While not striving for a realistic simulation, Conflict is a surprisingly entertaining game of Cold War politics that is easy to learn and available at an attractive price. 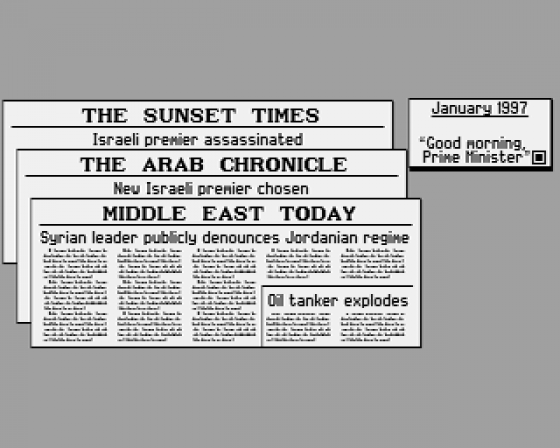 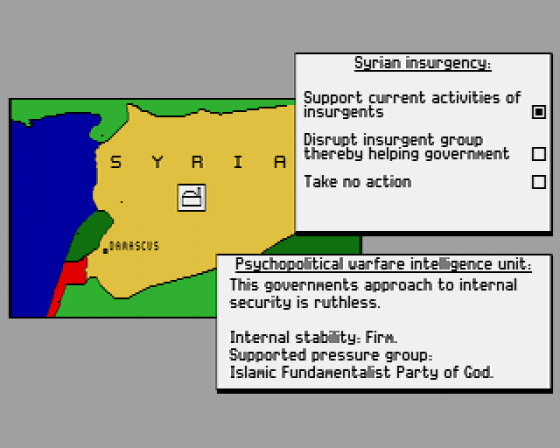 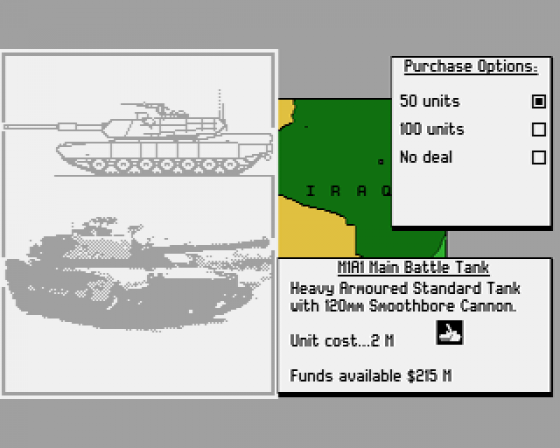 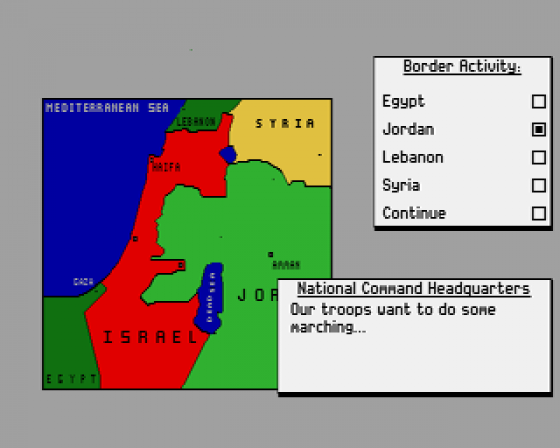 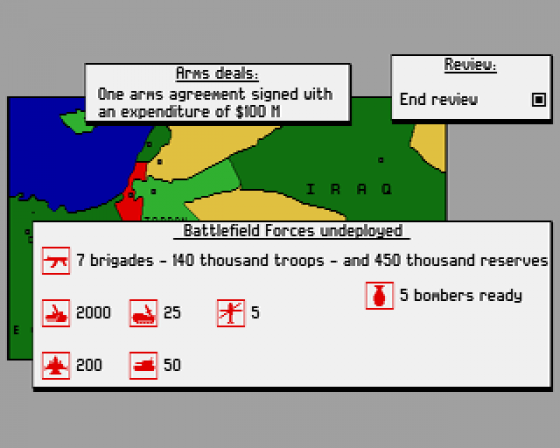