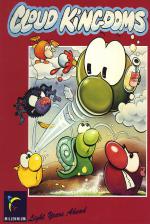 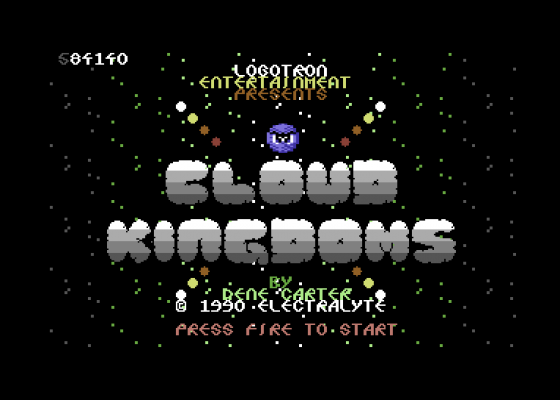 If you never thought of yourself as a small, green-hued ball capable of rolling in eight different directions, now's your opportunity. But there's a reason why you're such a sickly colour: your magic balls have been nicked by a tiny, twisted oriental tree - Baron von Bonsai!

The Baron has used your crystal balls to enslave the Fairies in Cloud Kingdoms, turning them into Bad Insect Monsters and Giant Rolling Blackballs. They drain your energy on contact and guard fifteen kingdoms on the C64, 32 on the Amiga. When you start the game you have a choice of four kingdoms to begin with. On completing a level you return here, so you have a choice of how to go through the game. Many levels contain tricky features such as trapdoors, icy floors, repelling pinball bumpers, and magnetic suction tiles.

The game is played against a weird time limit, the clock starting at 99 Manukas (each worth about four seconds) - the game's over when it reaches zero. Time can be put back by five Manukas by collecting a clock, and 20 Manukas by completing a kingdom. But ten Manukas are lost every time you drop down a hole or lose all your energy. You can also spend five Manukas resetting a level to its start position by pausing the game, then pressing 'R'. 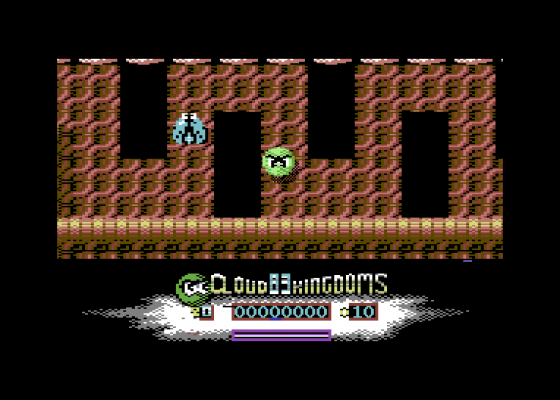 Besides the clocks, there are Fizzy Pop Bottles to recharge your energy, Paint Pots to draw bridges under you while you move, Wings so you can fly over barriers, and Shields for invulnerability.

Unlike many games where you merely repeat levels with different graphics, Cloud Kingdoms really forces you to develop a new tactical approach for each level. The Amiga version has quite a few more levels of course, but is more difficult which can lead to frustration. Still, there are some very attractive cartoon-style graphics, plus some good sonics.

The C64 version opens with some nice music and whirling star fields which really get you in the mood, and the in-game graphics kepp you playing to see yet more of them. A more generous collision detection and fractionally slower gameplay add up to a thankfully easier game than the Amiga. Heartily recommended. 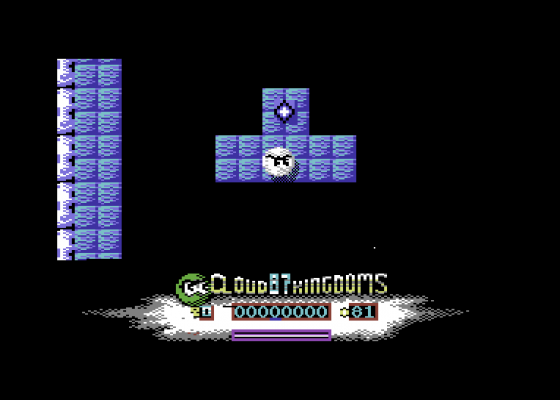 Why do I get the feeling that I've seen this sort of thing before? Probably because it smacks of Quedex. Although not as technically impressive, it's a lot more enjoyable with the hero having a lot of character about his bouncy self. The C64 version is a superbly crafted game with lots of wonderful shading and a host of different graphic styles.

I wasn't too impressed by the Amiga game although the graphic variety and attention to detail are worthy of note (a surprise to see that Dokk did the graphics). The fast scrolling ups the pace a bit too much for my liking. What's worse, the dodgy collision detection is pretty mean, making it a tad frustrating to play and nowhere near as fun as the C64 game. 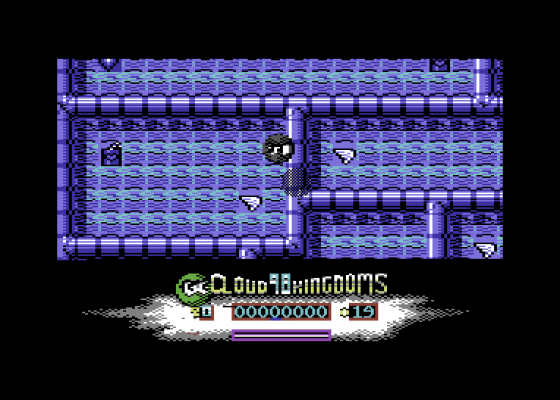 Hookability 79%
Surprisingly difficult first level, but there are three other levels to choose from. 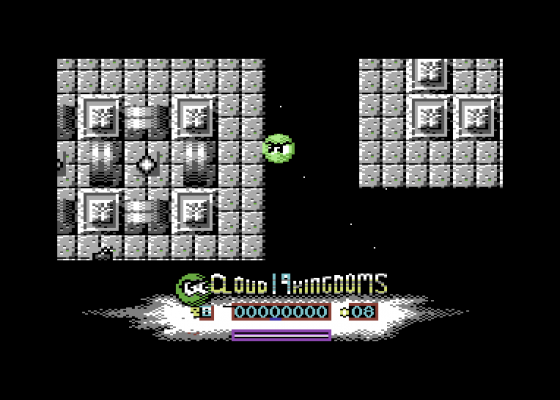 Lastability 80%
Fifteen levels, a variety of routes to victory and a tough time limit. Easier gameplay makes it better to persist with.

Hookability 74%
Initially difficult, but you soon get the hang of it, and the ability to choice of four start levels is good.

Lastability 70%
32 levels and various ways of getting through them makes a big challenge. Difficulty might discourage some players though. 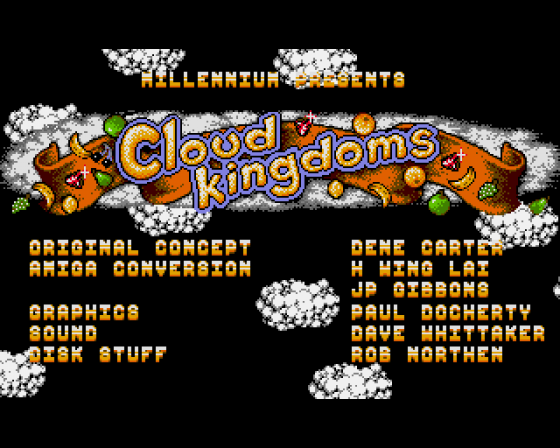 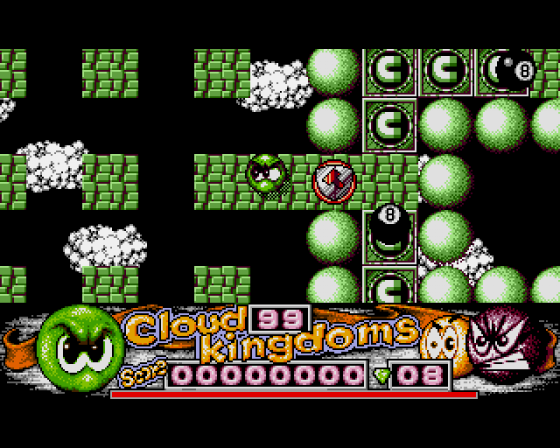 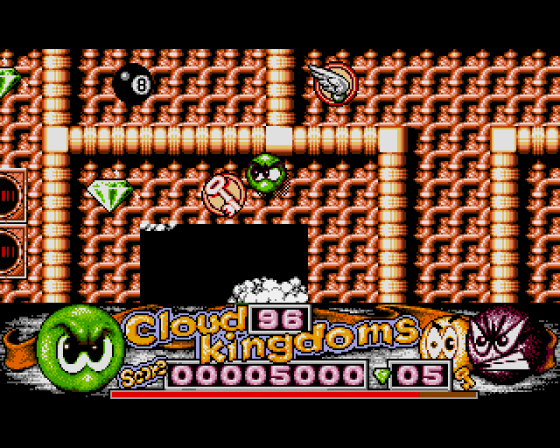 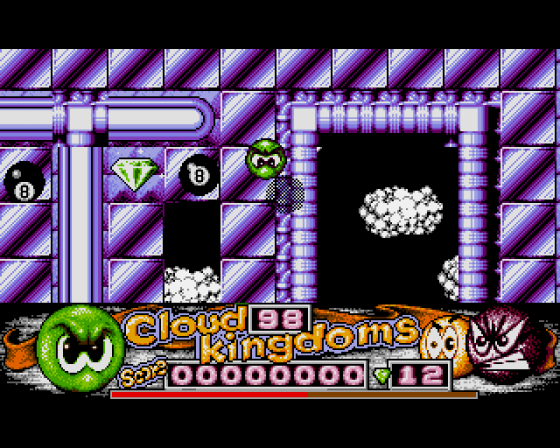 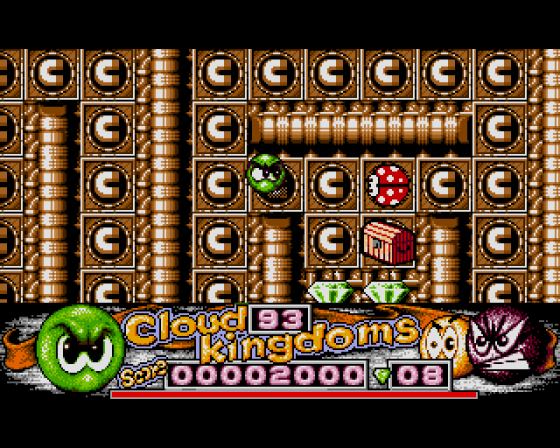 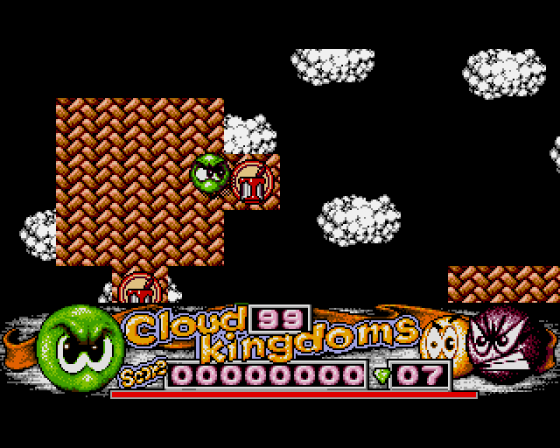