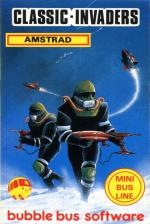 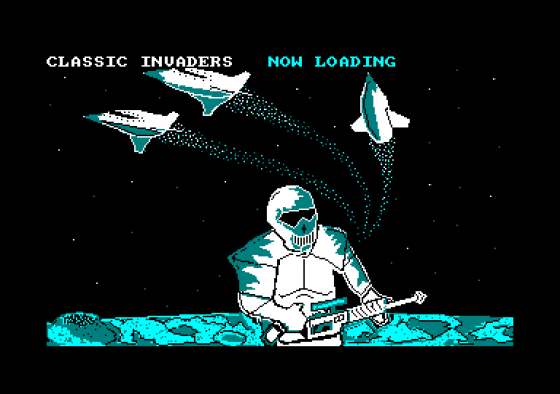 When I saw this game I thought "I wonder what this could be?" As I suspected, it's good old Space Invaders.

Full marks must be given to Bubble Bus for having the gall to release one of the oldest games in the business. Officially, I feel that this revamping of hoary old games is dull and unimaginative. In reality, I love it.

It is difficult to say too much about the game but it's so long since the bins at the back of the arcade palaces were full of dead invaders that there is probably a new generation of games players who have never experienced the thrill of alien blasting. 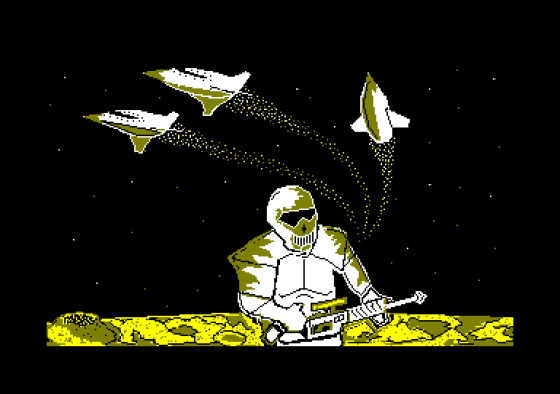 As a block of alien invaders trudge back and forth across the screen you have to control a laser gun which moves along the bottom edge of the screen. Carefully avoiding the falling bombs, you pick off the invaders as they gradually creep down the screen intent on taking over. To protect you there are several houses to dodge behind but as the invaders move relentlessly onward these are gradually destroyed.

Now and again a flying saucer will traverse the top of the screen offering a mystery bonus if you manage to hit it.

If you want a few tips from an old Invader freak, pick off a couple of the vertical rows to slow down the advance and then wipe out the horizontal rows one at a time. Use the buildings as a shield by blasting a channel through the brickwork which will be hard for the Invaders to hit.

The number of aliens seems to be greater than I remember but this is perhaps because the screen is smaller or the aliens larger than in the original. The colours are striking in this game and I highly recommend it as a relaxing way to while away a few hours. It's amazing how often it is the simplest games which hook you the most.

It's amazing how often it is the simplest games which hook you the most. 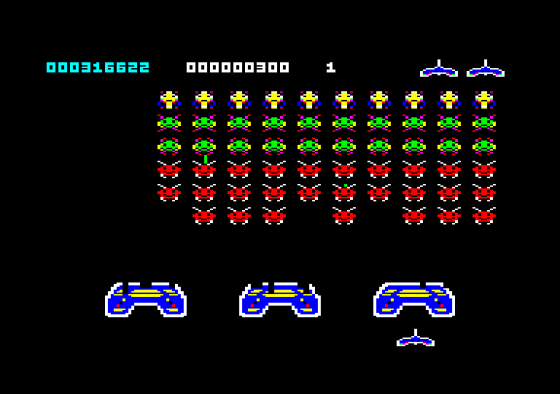 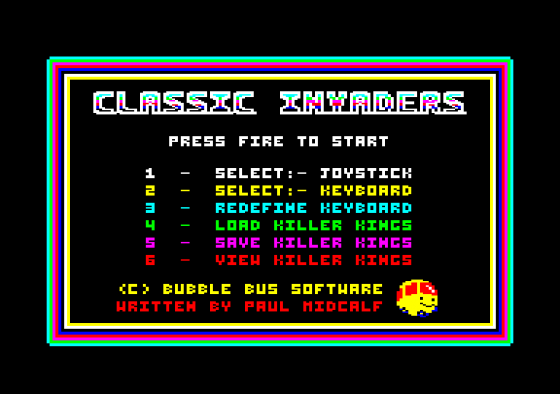