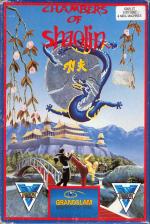 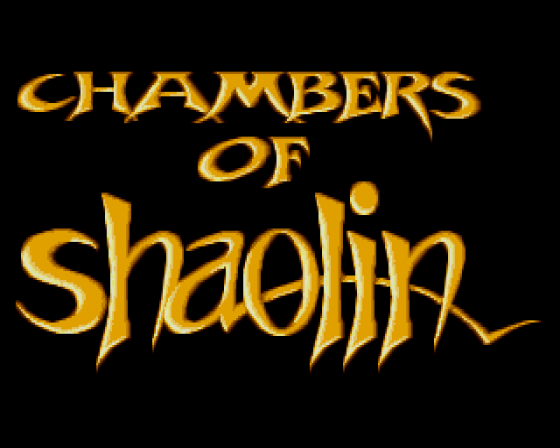 Shao Lin, so they say, is a temple of peace somewhere in the wilds of Manchuria where the monks are taught meditation, the spiritual secrets of universal energy fields, and also how to beat the doo-doo out of just about anyone on the planet.

Now you're sure to be thinking, yeah, yeah, another beat-'em-up, but where Chambers Of Shao Lin differs from every other game of this type is in its six training sections which let you create your own fighter and build up strengths in particular disciplines. Then you can move on to a five-part quest to do over a dragon.

While some of the tests are just a matter of repeatedly dodging bombs or an opponent with a large stick, there are a few which are quite ingenious. In the Test of Speed, for example, your baldy on-screen hero is standing on a platform in a well with two holes in the walls, through which gallons of water are flowing! There are two covers suspended over the holes, but to cut their ropes you need to release the catches holding up two axes by hitting them with a steel ball suspended at head height from the ceiling. High kicks get the ball swinging but mis-time it and you could end up with it between your eyes. Do well in certain disciplines and you'll be rewarded with mighty strength in the dragon mission. If you do particularly badly, you won't be able to perform some of the more exotic moves. 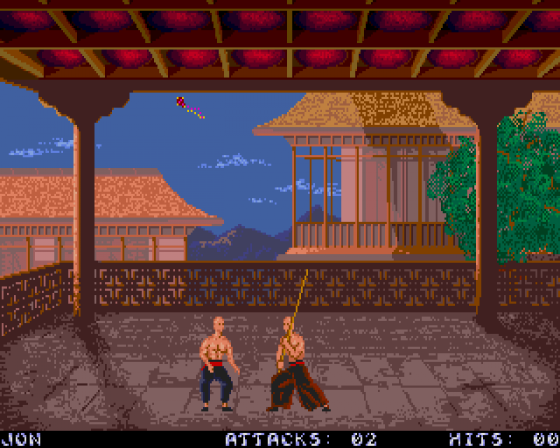 The first part of the mission is made up of four, single screen beat-'em-ups, which, as single screen beat-'em-ups go, are pretty good. The graphics are smart and the computer combatants are challenging opponents. As I've already mentioned, the moves available are dependent on your success in the discipline rounds, but with a well-trained fighter there's a decent selection of kicks and punches.

The final section is fraught with dangers, in the form of swooping dragonlets and rolling rocks, which your chap has to duck and jump over.

All the sections are beautifully depicted on-screen, and if you watch the backgrounds carefully there's always someone flying a kite or a Ninja falling off a veranda or something. The sound effects are sampled, and if you have a 1040ST you get some very nice sampled music as well (520 owners get standard sound chip toons).

Doesn't have the instant playability of IK+, but the quest and character creation elements give Chambers Of Shao Lin plenty of lasting appeal.

Doesn't have the instant playability of IK+, but the quest and character creation elements give Chambers Of Shao Lin plenty of lasting appeal. 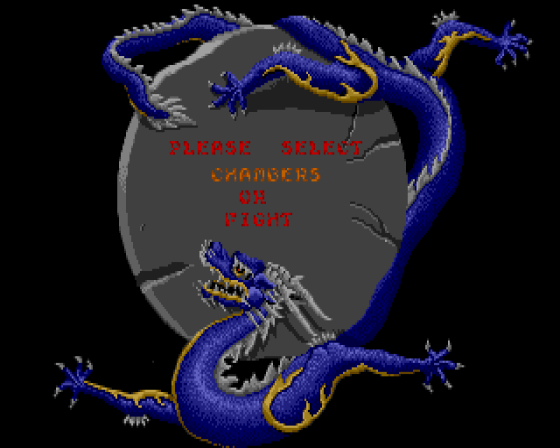 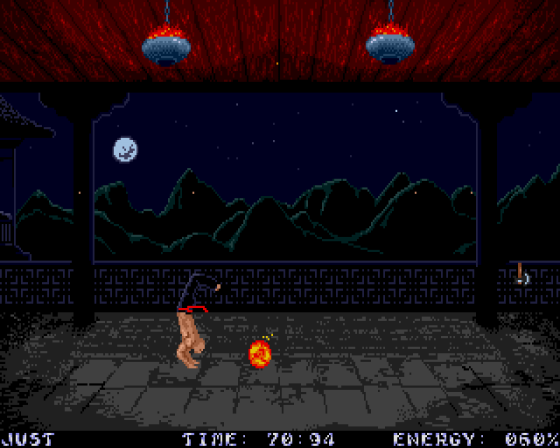 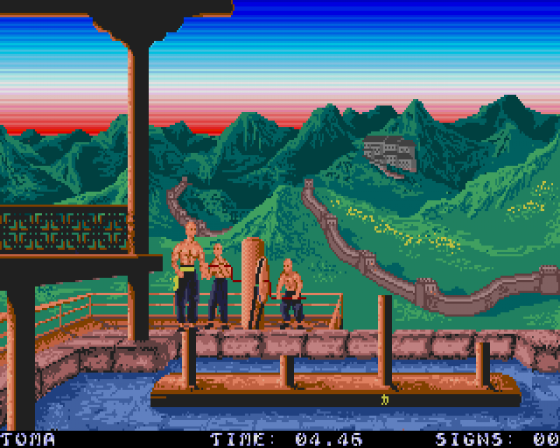 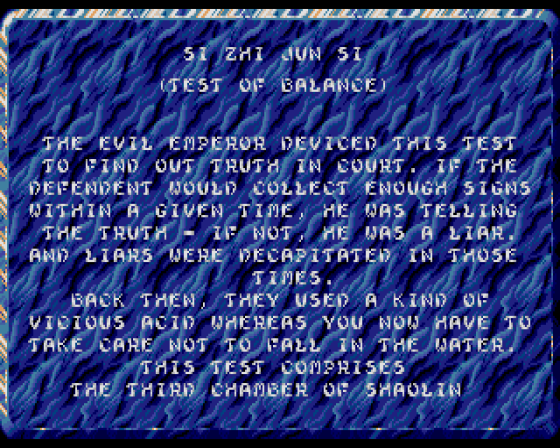 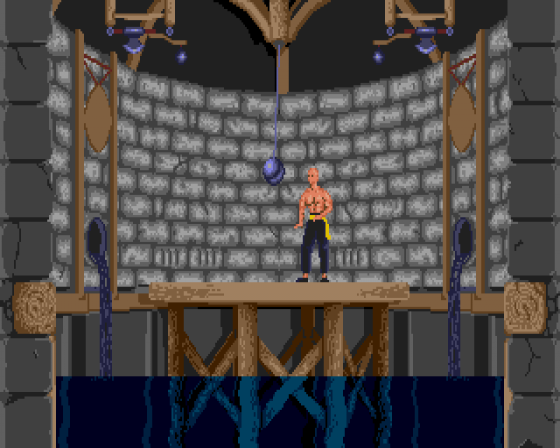 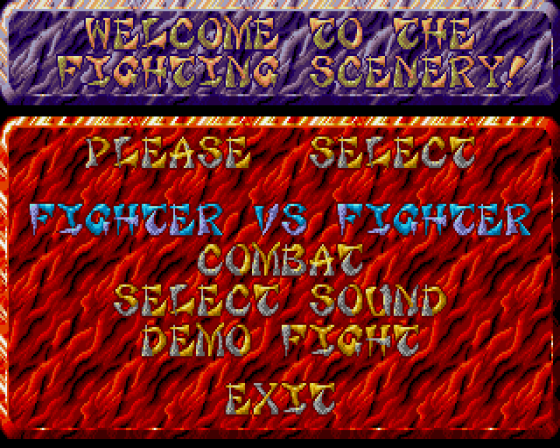 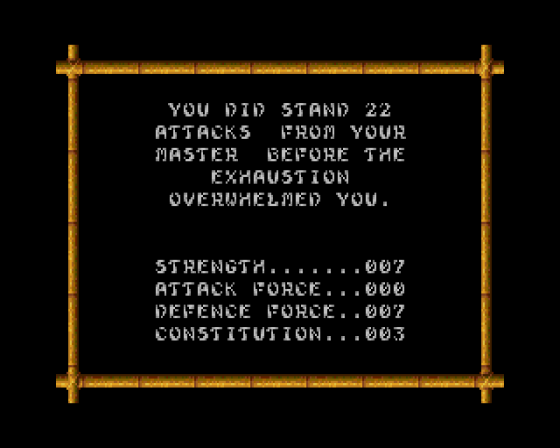 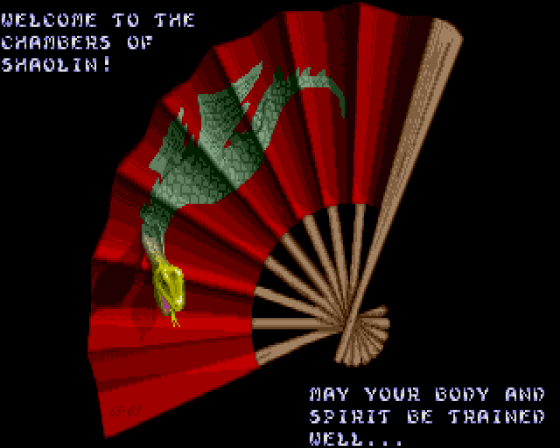