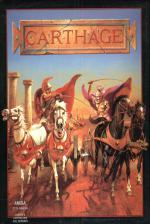 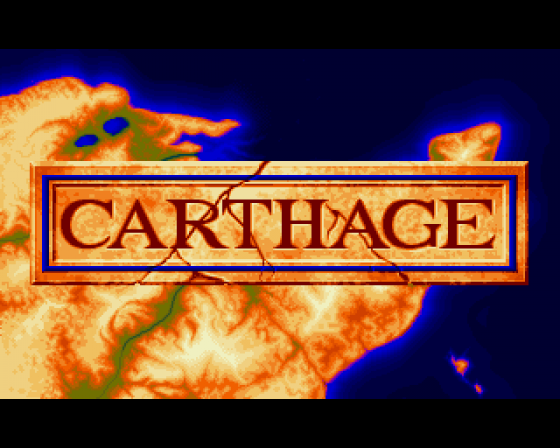 Carthage (no - not the bony stuff in your knee) was, in times of yore, a rather wealthy Phoenician city on the Gulf of Tunis. All would have been well and good if the Romans hadn't got the hump and decided that it wanted a piece of the Phoenician pie. Three wars, known throughout history as the Punic Wars, followed.

Now's your chance to get even with the Roman rotters in this game that is promoted as a blend of both strategy and arcade. You play Diogenes, the hero who is going to save Carthage from the rampaging Romans.

The strategic elements of Carthage are played via a top-down map (generated using some very nice 3D fractal routines, by the way). You also have a bit of god-given sight that can assess the enemy's forces and positions. In response you can create armies from the city reserves. Armies normally consist of archers and infantry. However, other tactical weapons can be utilised such as elephants and catapults. The latter cannot be created but must be taken from their scattered positions before the Romans get them. Loyalty, strength and experience increase with combat - although fatigue can also hit. Such a unit must then rest. 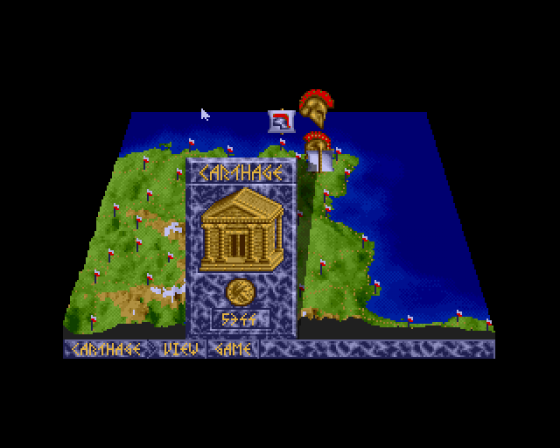 To buy these units and pay and maintain their upkeep you'll need a constant supply of gold. Gold is obtained via transactions with merchant ships that visit the mainland. Keeping a low stockpile of cash will encourage more trade and more cash to flow in. However, to distribute the dosh to the neighbouring cities will require a bit of legwork (or rather, wheelwork) because you will need to take the gold via chariot to each city.

To visit a city, you drag your character's icon to that city (every unit and army in designated by icons of some description). After that, the game shifts to a new view, just behind your chariot, at ground level. This is the arcade bit, a race game, using the joystick. You manoeuvre your chariot around the winding roads, dodging past numerous obstacles that threaten to dislodge a portion of your gold, sending it onto the road. There are also Roman assassins to contend with. These characters are also in chariots. When you catch up with one, the view shifts to an overhead view of both chariots. Using a combination of whipping your opponent and spiking his wheels with your wheel spikes you must run the guy off the road. If he wins, you lose all of your gold and must hitch a lift back to the city you started from.

Carthage does have its good bits. The graphics are excellent and the sound is pretty good. The basic storyline and the use of this time period is to be commended. Apart from Annals Of Rome, I find it difficult to remember any game worthy of note that uses this section of history - so a pat on the back to Psygnosis for that. The method of viewing the tactical map is well-designed. Basically, the program remembers when you ask for a new angle or zoom level. It then lists it, in the form of a mini-graphic, on a separate screen for your immediate selection later on.

There are a number of problems though. The arcade section dominates to the detriment of the game because this section is pretty repetitive and becomes boring very quickly. The manual offers little in the way of tactical thought (a brief mention of the advantage of height and that's about it). The game doesn't handle the tactical sequence very well. You do not feel that you are pitting your wits against a wily old general. It's just a matter of throwing in large numbers and hoping for the best. No tactical feedback is present at all in this area (formations, strengths or one unit type over another, etc).

I wish software houses would stop designing these silly strategy/arcade hybrids. They try to make strategy attractive to everyone, but only succeed in wasting everybody's time. While Carthage does have its good points, there are too many design faults to warrant your attention.

While Carthage does have its good points, there are too many design faults to warrant your attention. 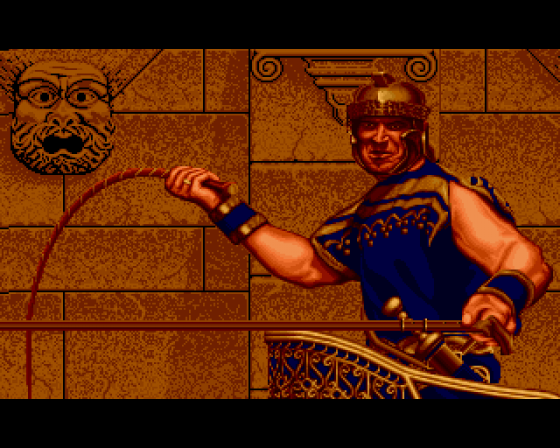 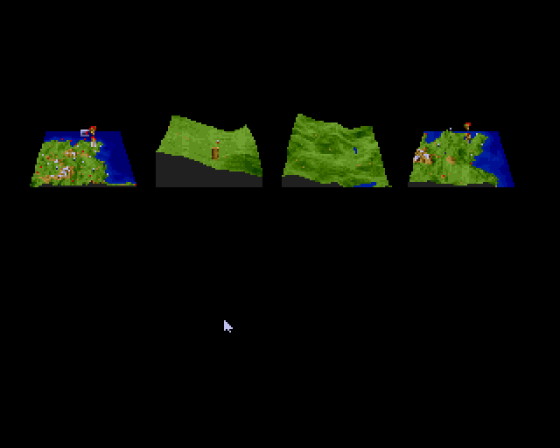 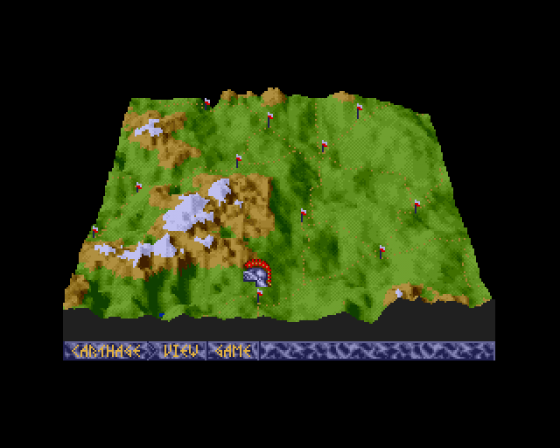 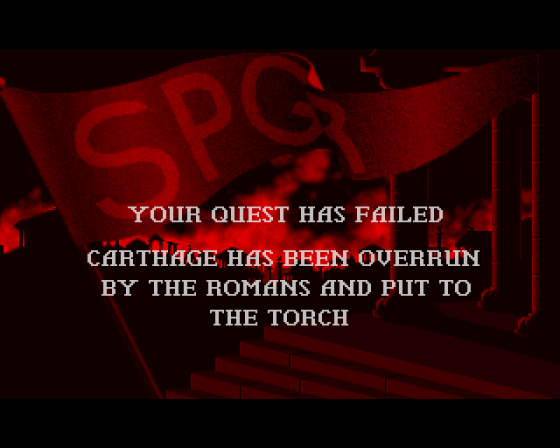 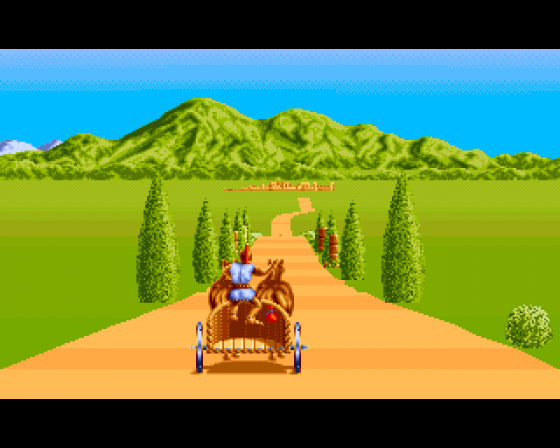