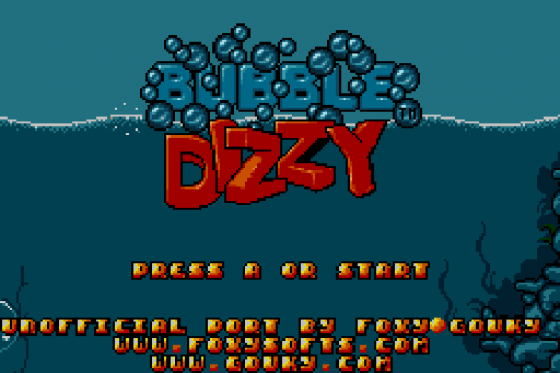 Based on a mini-game from Fantastic Dizzy, Bubble Dizzy was originally published by Codemasters back in 1990 and has remained one of the more popular Dizzy-themed arcade-action titles released by the Oliver twins. Featuring a somewhat dubious background story involving our egg-hero giving his girlfriend a 'pearl necklace' (ahem), the game starts with Dizzy stranded at the bottom of the ocean with your goal being to guide him to the surface by jumping on bubbles - whilst collecting pearls, oxygen and other treasure on your way up. It's quite clear that the Oliver twins threw the physics book out the window with this release, as the game's premise consists of Dizzy having to travel to the ocean surface by jumping from one bubble to another before they burst. Yes, that's right - bubbles that burst underwater. Hmmm.

Physics aside, Bubble Dizzy is actually a very playable game - and thanks to Foxy and Gouky it's been given a new lease of life (albeit an unofficial one) on Nintendo's Game Boy Advance. Converted from the classic Atari ST version (ported to C/SDL and then to the GBA), the game is more than worthy of addition to any GBA flashcart owner's homebrew collection. The controls are responsive, the music and (ripped) graphics are top-quality, and the simple yet frustrating game-play is as enjoyable as it ever was. However, Bubble Dizzy GBA is not without its flaws.

First of all, your success in progressing through the game's five levels is more likely to be the result of a combination of luck and persistence rather than skill - it's impossible to judge exactly how far a bubble will carry you before bursting, and it's not uncommon for the player to lose their ride at the last minute and plummet all the way down to the seabed, shortly followed by running out of oxygen and losing a life. Secondly, to complete a level you need to actually ride a bubble out of the ocean and into the air - which (despite being totally ridiculous in concept) is annoying in practice and means that it is actually possible to die at the surface if you run out of time and there are no bubbles around to carry you to the next stage. I know it sounds like I'm being particularly picky, but it's happened to me a couple of times whilst playing and I'm not sure if it's a due to a bug or just bad game design. 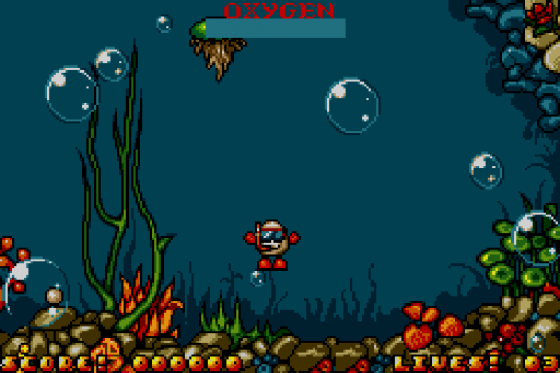 That said, and mainly because it's a Dizzy game, you'll soon forgive it for it's little quirks and be loading it up again for another go. Bubble Dizzy is equally as addictive as it is frustrating, and its uncomplicated game-play makes a welcome distraction from other more-complex and involving GBA releases.

This is quite a difficult second opinion to write. You see, I hate this game. It's a horrible, horrible butchered experience that wasn't at any stage playtested or designed.

However, none of this is Foxy or Gouky's fault - they've done an excellent job. Although it's a port of an old Atari ST game, Bubble Dizzy more beautiful than just about any GBA title I've ever seen with tremendous amounts of detail in every single facet of the graphics and sound. It also responds very well (which is often a problem with ports) and Dizzy reacts instantly to any move you make. The frame rate is rock solid, never slowing for even a fraction of a second. It's silky smooth and looked at from a programming viewpoint, absolutely superb.

The problem is, none of this changes the fact that Bubble Dizzy is a horrible abortion of a game that should never have seen the light of day. It's not a test of skill but simply of luck. Luck that you'll get a bubble anywhere near you when you start. Luck that the bubble will last long enough to let you line up a jump onto a platform or a passing whale. Luck when the bubble you're on bursts and there's nothing on screen that when you fall you'll happen to land on another one.

Gouky, Foxy, if you read this I can't speak highly enough of your work, really. Next time though, could you possibly convert something that doesn't suck?

I can't speak highly enough of the developer... The game is silky smooth and absolutely superb. 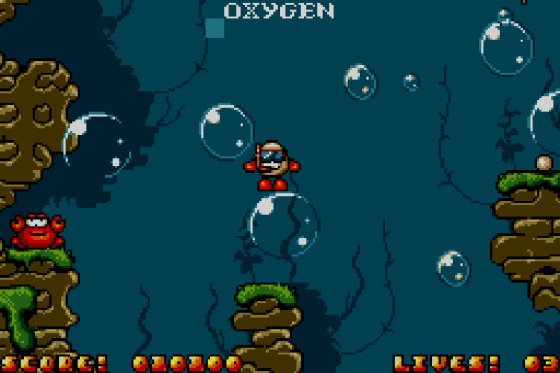 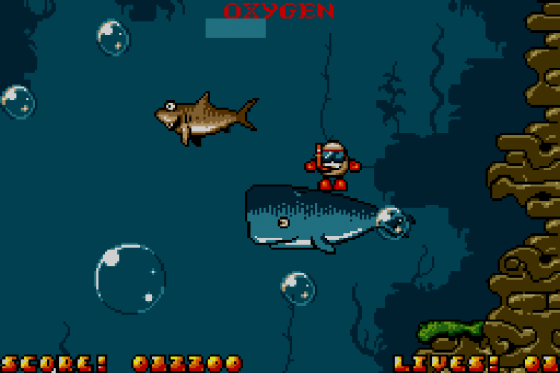