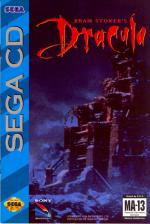 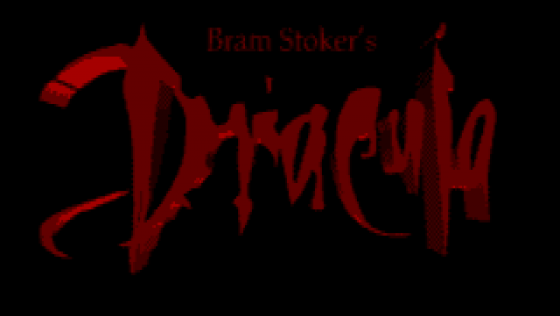 The immortal world is plagued by a set of immortal forces. Pain, Love, Evil: each astounds us with its infinite ability to survive and return to torment further generations. The vampire is the crux of all these conflicting powers: intensely passionate for blood and cruel as only a dry soulless corpse can be.

The afflicted time is Victorian London. The demon comes in the form of Prince Vlad, of the ancient order of the Dracula. He yearns for the soul of Mina, and has already imprisoned her betrothed, Jonathan Harker, in the dungeon of his Slav fortress. A ship bearing Dracula in the fetid earth of his homeland bears him towards England and Mina, whilst Harker fights three monstrous undead maidens. The seven levels of this Gothic beat-'em-up follow his struggle to save Mirra's soul, and thwart the love that never dies.

This CD game borrows footage from the recent Dracula movie, and revisits the film's location. Dracula was originally the creation of Bram Stoker, 100 years ago. 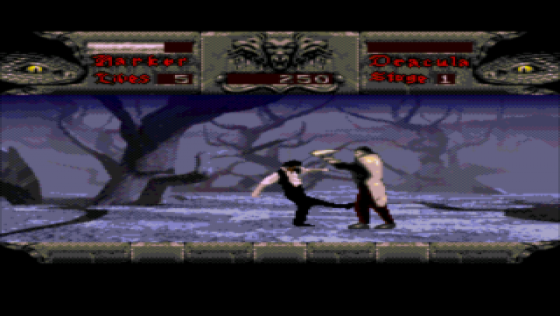 This is a seven stage scrolling beat-'em-up, each of which climaxes with a battle against one of Dracula's forms.

Harker, having escaped Transylvania, races to England to find Mina's country house infested with hordes of the undead. Outside the manor, vermin of the night attack the young man, as undead creatures create mysterious lightning bolts.

The view swings inside, as Harker progresses through the manor, exposing four-poster beds, living suits of armour and headless Elizabethan ancestors (?). 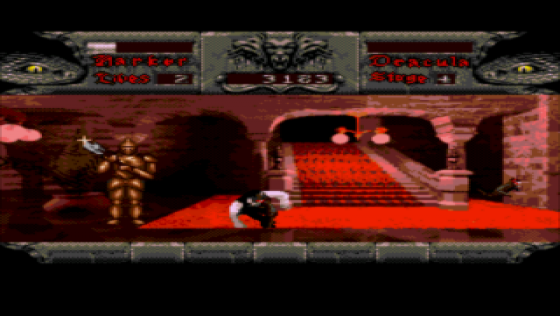 It doesn't take long for Harker to experience Dracula's withering fear. He is first clawed by falcons as he crosses perilous chasms. When he reaches the castle, he finds a labyrinth of corridors before locating Dracula's crypt. Overcoming his magical powers, Harker chases the Prince into the dungeons, but runs into venomous spiders, rats and vampire maidens which beckon irresistibly.

Harker seeks Dracula and his cohorts in their crypts. He first crosses the Graveyard in search of Lucy, Mina's friend, who has already succumbed to the Prince of Darkness. In the splendour of her mausoleum he aims to reclaim her eternal soul.

At the end of levels or between stages, digitised scenes from the Movie are shown. Normally, full motion video like this only occupies a small screen area, but Psygnosis have decided to run it full screen increasing the impact, but at the cost of detail and clarity. 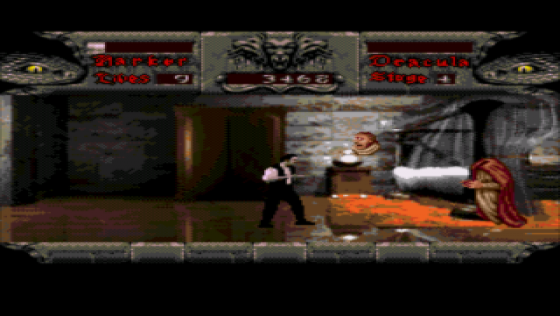 However, these 15-odd minutes of video are non-interactive and basically decorative.

Dracula has some noteworthy graphic effects. The character animation has been rotoscoped. The backdrops to each level are actually digitised stills of models. These are manipulated in all sorts of fancy ways. For example, as you walk through the castle, your viewpoint swirls through 90 degrees as you enter each room. There's constant use of scaling and rotating between stages.

All the good work that has been done on the graphics is negated totally by the naff game behind it - A beat-'em-up that does no justice at all to a magnificent movie. This game stuns with its complete lack of imagination and even irrelevance to the concept of Dracula. 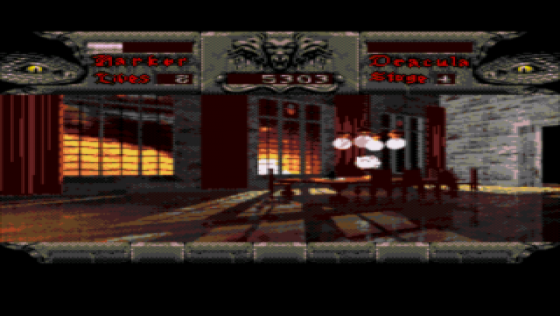 The head-lobbing spectres are just the limit. I hope some of the pioneering effects that deserve credit will make their way onto other games, but otherwise Dracula needs a good dose of the rough-hewn stakes.

Alas, this game is, in the main, a load of old tosh. I wasn't a big fan of the film - it looked great, but the actual plot was less than thrilling. Similarly this game.

The graphics are extremely impressive, with the Mega-CD being used to the full to make it all look great. It just seems a shame that so much work has been spent on this aspect, but apparently none on the gameplay. 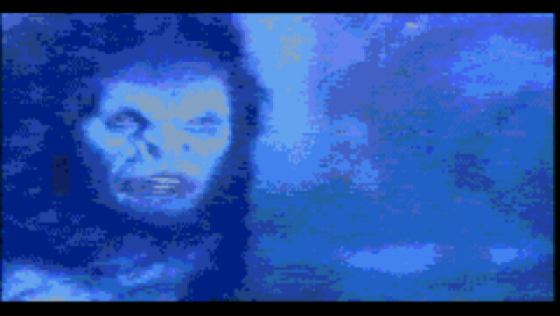 It's just so dull!

Harker is as wooden as he was in the film and the tedium of the age-old formula of running along, hitting the occasional vermin is beyond belief. A massively missed opportunity and not to be recommended.

Presentation 91%
P. Lots of exceptional touches, with a narrator and tons of film footage.
N. The unlimited continue system is badly thought out.

Graphics 85%
P. Some very tasty RISC chip doings on the CD - rotatorama!
N. The animation is not as good as expected. Some of the graphics are a bit shoddy.

Sound 70%
P. The narrator's voice is very atmospheric, and the original score is used.
N. In play, the game offers virtual silence, apart from crap FX.

Lastability 40%
N. The game's most alarming feature is the ability to rocket through the majority of the not-too-long levels in one session.

Overall 51%
Dracula's as likely to drain your will to live as your wallet. Pass the garlic, Mater.

This is as likely to drain your will to live as your wallet. The game's most alarming feature is the ability to rocket through the majority of the not-too-long levels in one session. 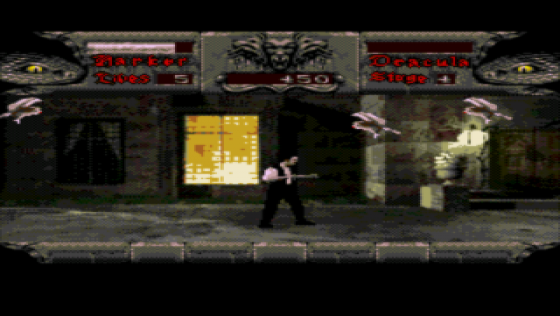 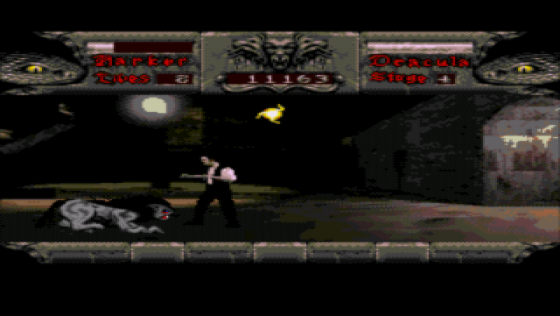 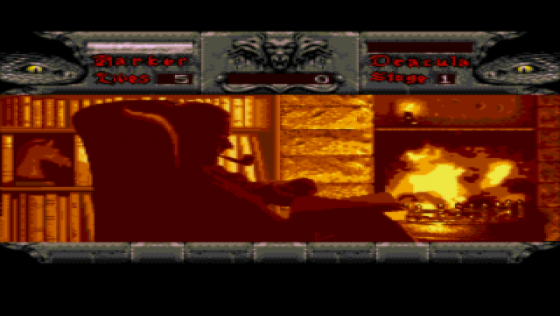 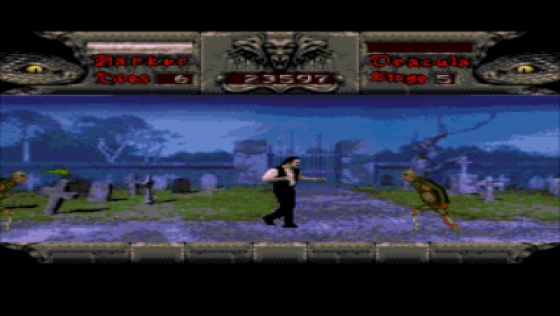