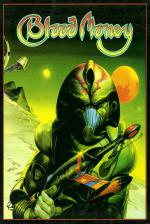 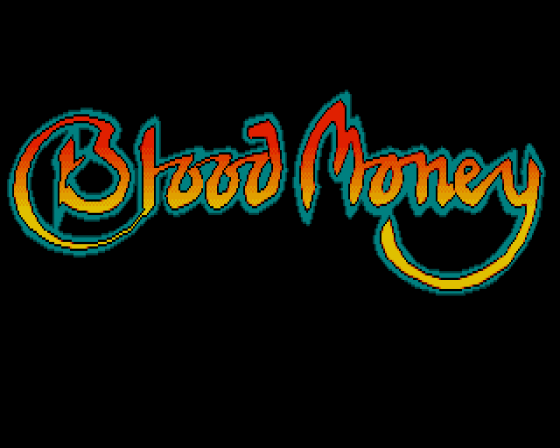 In my experience, interplanetary hunting safaris have always been fraught with danger. I mean, all those baboons doing their number twos on the roof of your Chrysler Avenger...

None of this worries a Venusian sensation-seeker like Spondulix, though. There are four planets there for the plundering, and all he has to do is climb into the nearest explorer craft, fasten his seat belt and put his thumb on the fire button.

The first level sees Spondulix (and possibly a co-hunter - there is a simultaneous two-player option) in a dinky helicopter, swooping through the horizontally and vertically scrolling maze that is the planet Gibba. Alien beasties swirl in from all sides, and gun turrets release copious volleys of hot light from above and below. 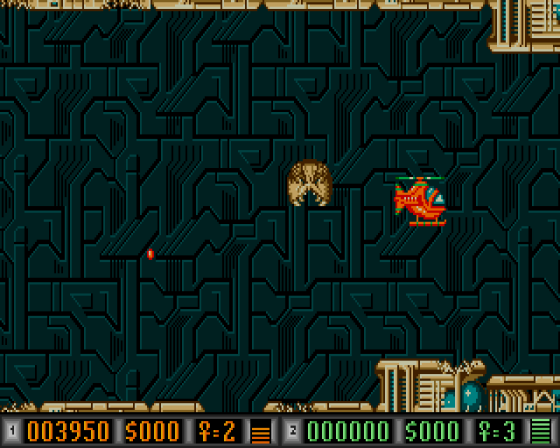 Naturally, this is what your missile launcher was made for. Blasting the opposition releases coins for you to catch (that's why the game's called Blood Money, see?) which go towards a cash total. At certain points along the way there are weapons shops where you can use your coins to buy support weapons. The top-notch hunter's kit consists of three-way, forward-firing missiles, rearward rockets, all with long-range capability, four neuron bombs, specially designed to fireball ground targets, and some kind of turbo-speed unit.

As your progress through each (rather lengthy) maze, you find that aliens and gun emplacements are not the only hazards to watch out for. Impassable walls have to be blasted, block-by-block, and rotating bars have to be hit repeatedly to swing them round, thus unblocking the way ahead.

After the obligatory end-of-level monster, it's on to the next level. Grone is a subaquatic level through which you pilot a submarine. On Shreek you're in a jetsuit flying over snowy, watery, starry backgrounds and Snuff is the obligatory intestinal, organic level which puts you in a rocket. 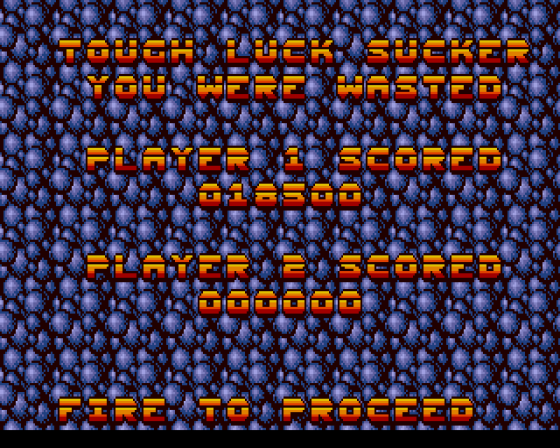 The graphics, right from the digitized planet opening sequence to the beautifully detailed backdrops are superb, but the sprites deserve special praise. How about, the best designed and most fluidly animated sprites I've seen in an Amiga shoot-'em-up?

The programmers have put the sound chip to bloomin' good use too. There's 250K of sampled sounds in the game, which have been variously used in the thumping title tune and as explosive in-game effects.

So, there you have it. We've seen some purdy Amiga shoot-'em-ups lately, what with Denaris and Dominator, but I'm happy to say that Blood Money beats even those.

Scrolling which isn't quite so smooth, not as colourful and weaker sound, but thankfully the ST version's gameplay will remain the same.

Again, not quite as attractive visually or soundwise, but a good PC is perfectly capable of keeping Blood Money's gameplay.

We've seen some amazing shoot-'em-ups lately, what with Denaris and Dominator, but I'm happy to say that Blood Money beats even those. 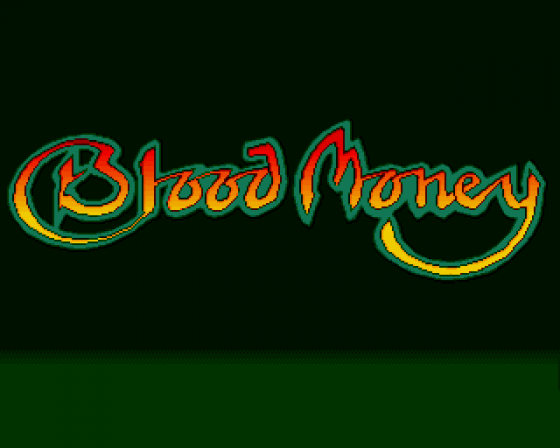 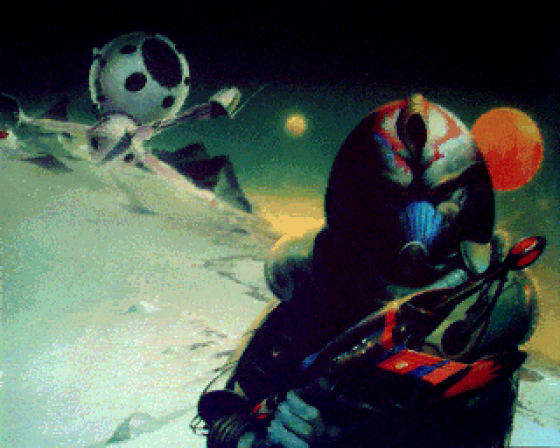 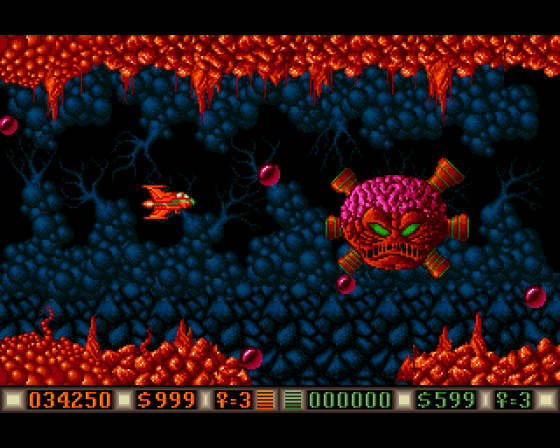 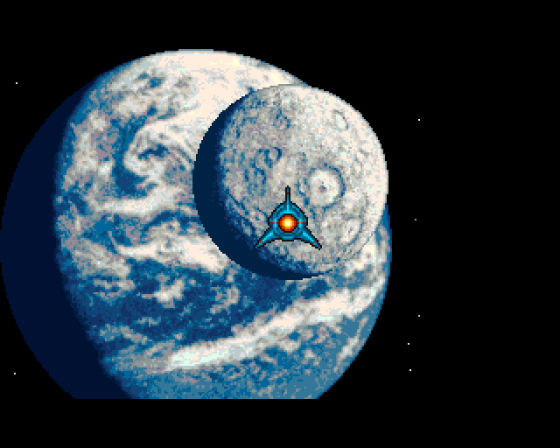 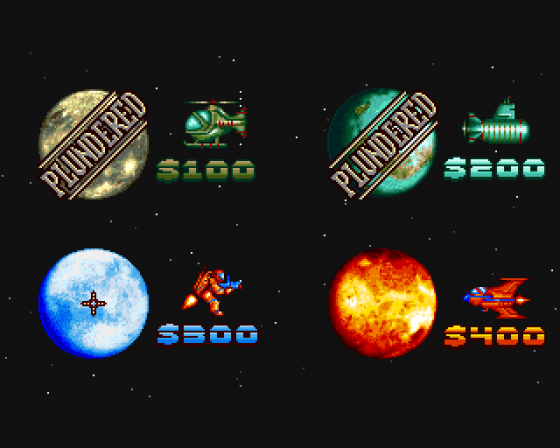 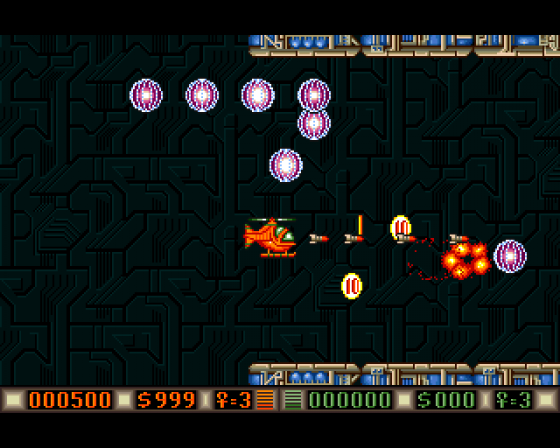 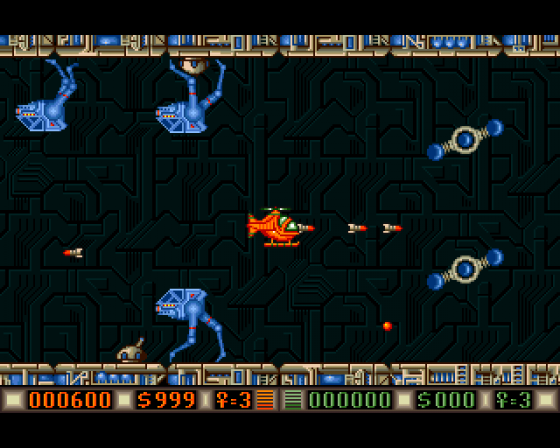 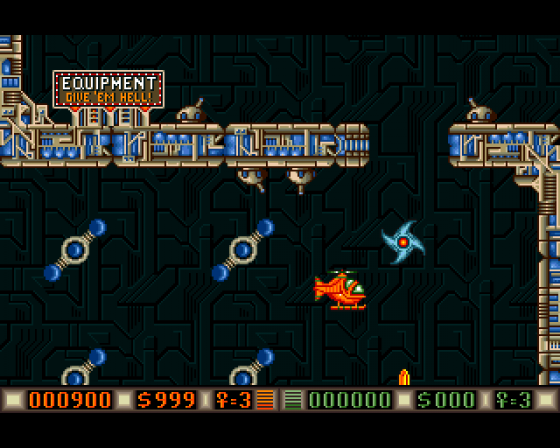 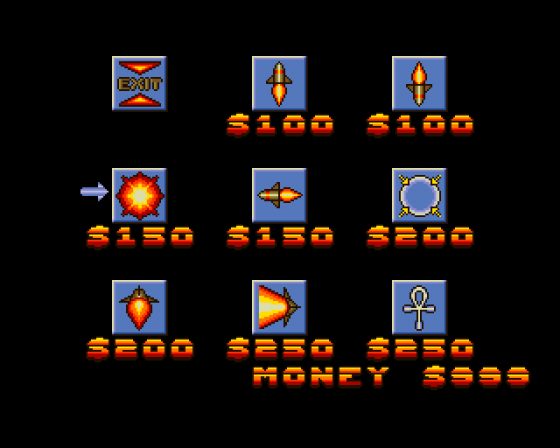 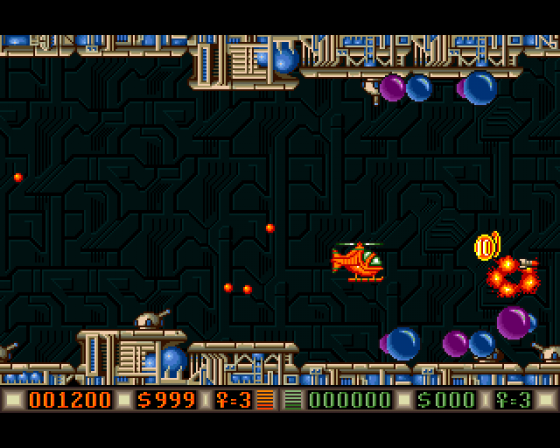