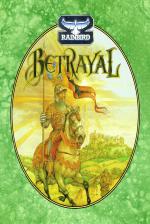 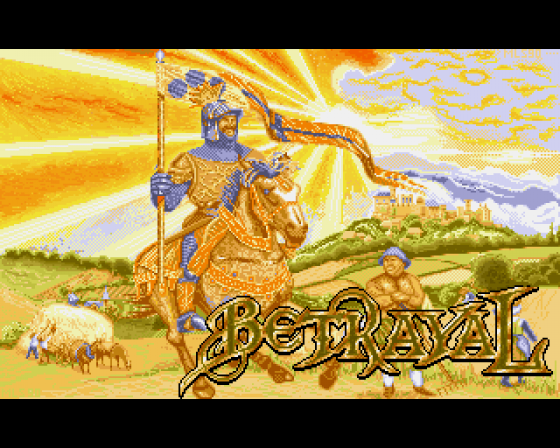 The West Marches is ruled by a duopoly. The King and Bishop each has a court filled by courtiers presented by the knights of the land - you are one of them. Now, courtiers hold great influence as all matters of State are put to a vote in the respective Courts. If, by some chance or design, one of the knights could have more courtiers in each Court than any other then that knight would gain a majority. A chance to seize power and depose both Bishop and King would then present itself, replacing them with a suitable puppet ruler. If both Courts are so ruled then that knight is declared the winner. This is your task.

In Betrayal, four knights battle it out: managing estates, collecting taxes, creating armies, declaring war on a regular basis, spying and other noble acts. After a difficulty level has been decided upon in addition to other game options, you must travel to different villages. Villages supply taxes, wheat (the harvest of which you must personally initiate), pottery to sell and militias (for defence and for your army). A self-sufficient village is your aim, otherwise you'll have to finance it out of your own pocket. You'll also have to watch out for your popularity which, if it falls below a specified level, will result in rebellion.

At Court you must have at least thirteen courtiers to overthrow the King or Bishop. To gain courtiers you must pay regular taxes, assassinate other courtiers, accuse them of treason and so on.

When travelling you will see your knight on horseback, traversing the countryside between villages. During this time, he can find cash lying around on the floor and be mugged by... erm, muggers. Combat is a simple arcade beat-'em-up, viewed side-on.

Actually it is in the combat area that the whole game falls down. Here we have a game which promotes quite a bit of depth in its gameplay. Intrigue, assassinations, treason, economics, etc, all combine to make a promising game. Then the combat comes along and spoils it. The combat is far too simplistic and lacking in any skill or judgement to be of any use to anybody. It reduces the game to a lottery. Frustrating, as combat is an important area of the game. What a shame.

The combat is far too simplistic and lacking in any skill or judgement to be of any use to anybody. It reduces the game to a lottery. 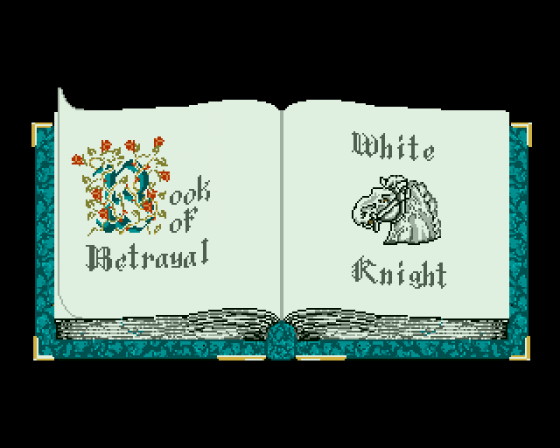 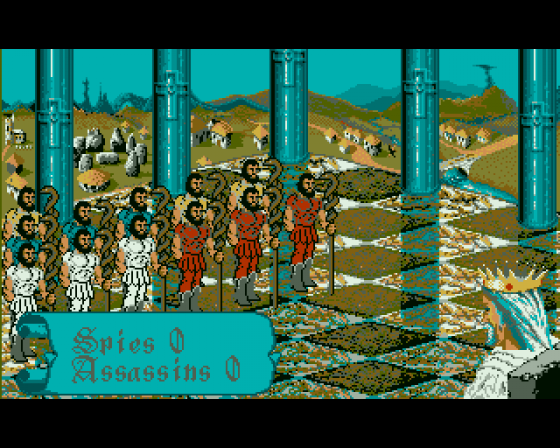 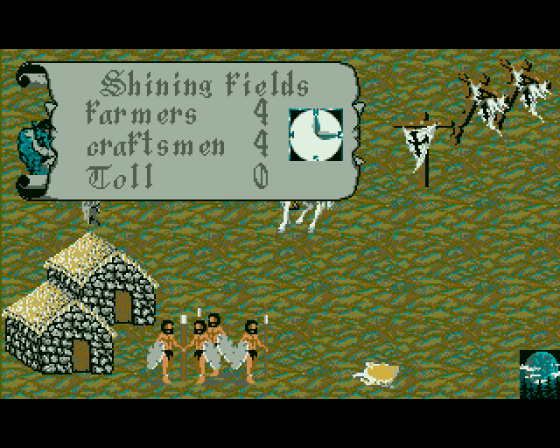