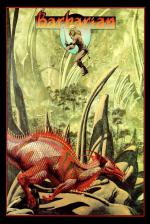 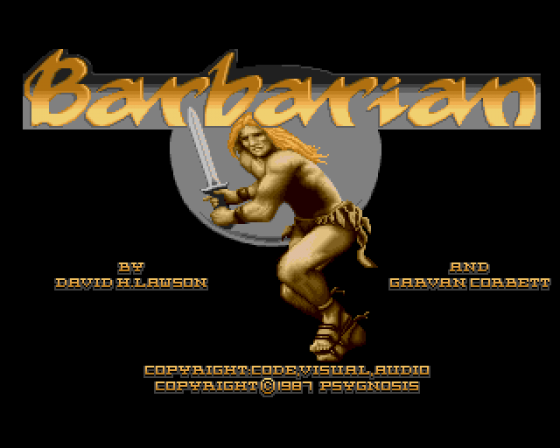 At last they've done it! Psygnosis has finally written a game, a decent game, which you don't need A-level Physics and a CSE in Maths to play!

Explain myself? OK. Brattacus, the company's first game, was not as I had expected it to be. It was far too complex, and really slow, but amazingly managed to sell quite well.

Arena, the first 16-bit Track & Field had great graphics, although very slow, but suffered from the same problem. 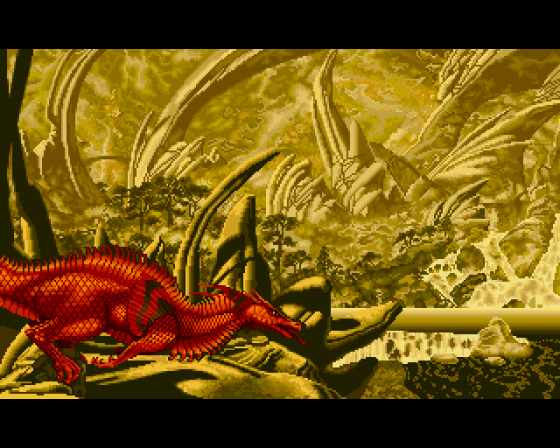 When Barbarian landed on my doormat, I hoped and prayed that this game would be the turning point. Phew! What a relief I got when I loaded it.

Barbarian is an arcade adventure of the classic, cult following type. The game is the story of a young barbarian called Hegor, and is all about his quest to destroy the evil Necron, an evil being who killed his father.

Accompanying the disk is a novella, a seemingly popular device employed by software houses, which tells the tale of Hegor and his father, and the story ends where the game begins. 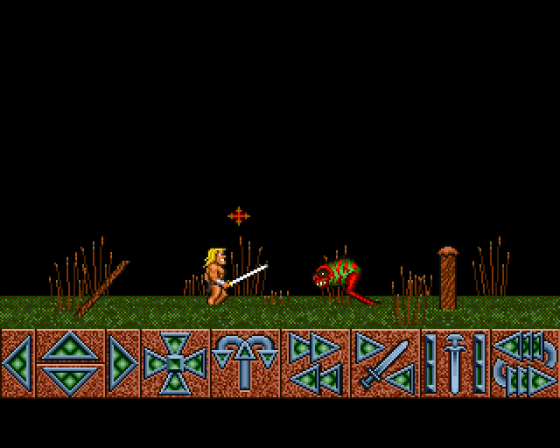 Many valuable clues are obtained from the novella, some of which are hidden in the most amazing ways.

When loading up the game, you are entertained by a number of beautifully drawn screens, which set the mood for the game. The main screen is of Hegor standing with his sword, raised above his head over a metal chain.

You appear in the dangerous marshlands bordering Hegor's home village, and from there you start towards the Underworld. 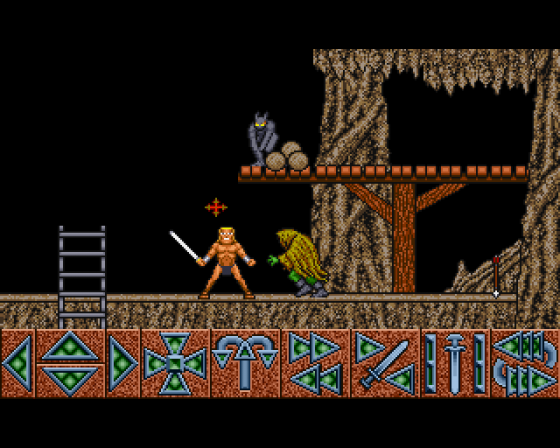 Control of your mighty warrior is by mouse, keyboard or joystick, although the latter is not recommended at all. I found the mouse easiest, and quickly got to grips with the controls.

You move Hegor about with various wonderfully drawn icons, which decorate the lower quarter of the screen. Using these you can make your barbarian stroll, run, jump, somersault, attack, pick up objects, climb ladders and even run for his life.

As you venture through Necron's lair, the screen does not scroll in the true sense, which is a shame, nor does it flick between screens like Sabre Wulf. Instead if 'flick scrolls', which is one of the only faults this game has. 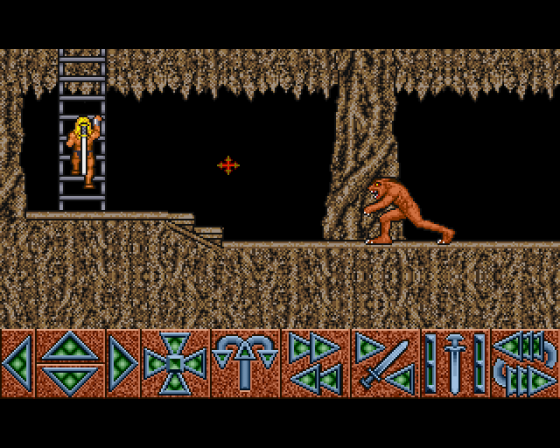 Passing by the amazing graphic backdrops, you encounter some of the most evil creatures you could possibly imagine. You get werewolves, ghouls, lizards, and, of course, a nasty fire-breathing dragon.

With all this going on, you just have to sit back and stare at the true arcade quality graphics, and gasp at the amount of work which has gone into each screen.

Anyway, when one of these nasties decides to have lunch, you can bet he has got a tasty barbarian arm in mine, so how do you stop him? Well, as with all mighty warriors, you have a magic sword which likes nothing better than to play with a demon's intestines, so all you have to do is let it do the talking. 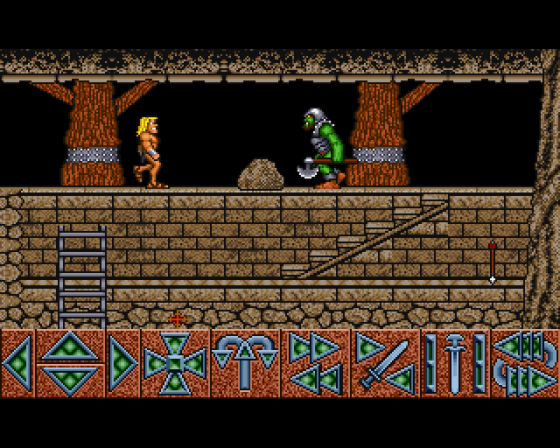 Sometimes this is not the best way to handle the situation, and so a knowledge of somersaults comes in handy. Don't worry, all barbarians come with a lifetime's somersaulting ability guaranteed.

When you do something, be it attack, defend or jump, the graphical action is accompanied by various barbarian-type groans. These range from 'OO' and 'HA' to the more complex sentences such as 'OO ER HUR, AAAAAAAAGHHHHHHHH...'

All other creatures make noises as well, dogs bark, werewolves growl and bows go 'Boing' as they launch arrows at you. This brings me to an important part of the game... After most sound effects, be they 'OO', 'AGH' or 'BOING', instead of blissful silence, you get a loud click as the sample ends.

Should you make it to the dark parts of the Underworld, you will discover a bow which, like everything else, is guarded. The guard in question is a huge metallic being, who carries a large unfriendly-looking mace.

It is, in fact, impossible to kill this guy, although I will tell you that you must have a bow to destroy Necron's dragon.

This is a difficult task, and one which I fail at time and time again. You see, I shoot the dragon, and he shoots me back, so we both die. I can't figure out how the hell you can get past him, but it is possible.

So at last we've got a Psygnosis hit, great graphics, brilliant sound and for once, excellent gameplay.

At last we've got a Psygnosis hit, great graphics, brilliant sound and for once, excellent gameplay. 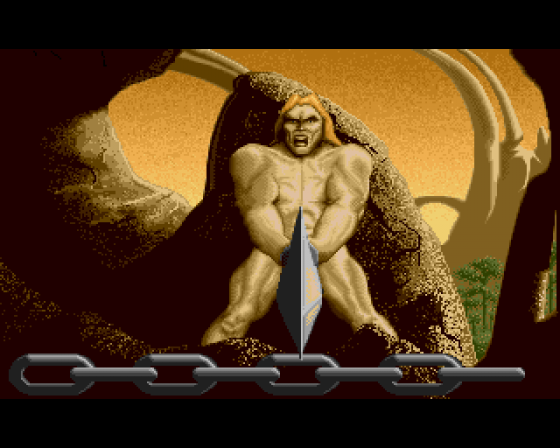 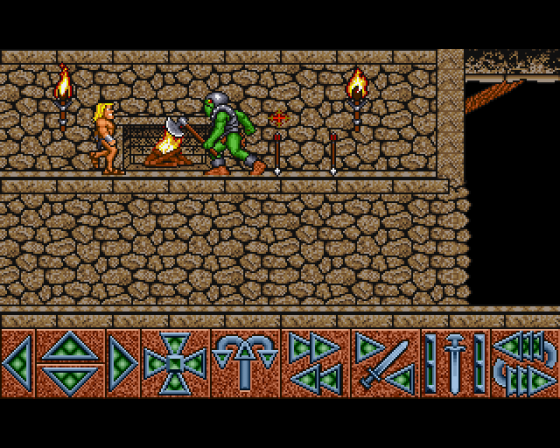 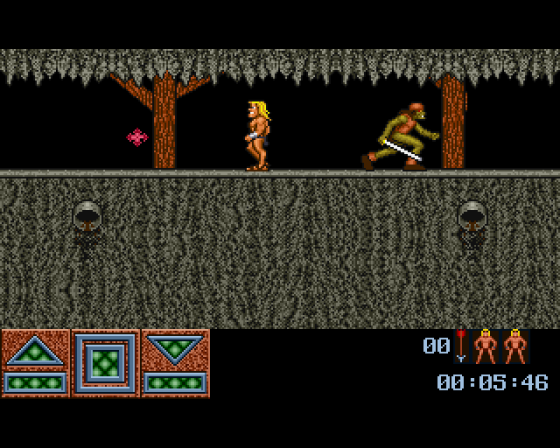 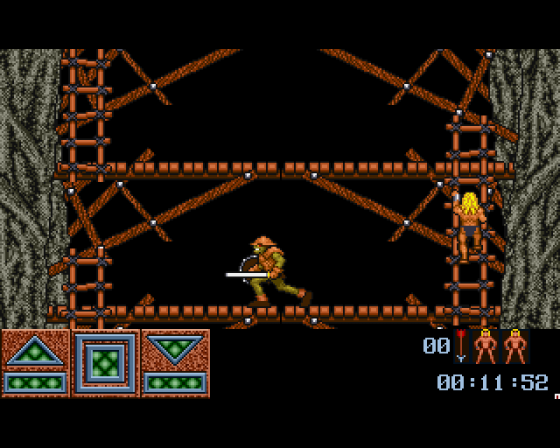