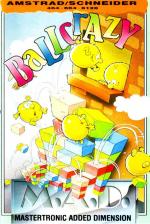 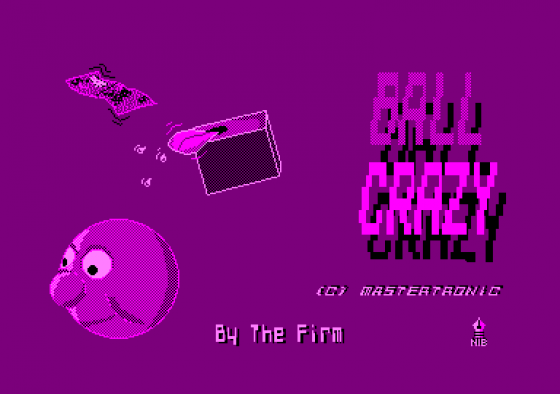 Authors keep coming up with new ideas for bouncing games and The Firm has produced one that will once again try to persuade you that you're a yo-yo. It's a one-screen challenge but it's addictive and has plenty of depth.

At the bottom of the screen is a row of five coloured blocks. A happy, smiling, cheerful, grinning, "I'm-glad-to-be-alive" face appears on the blocks and bounces up and down as if there's absolutely nothing wrong with the world. Near the top of the screen is another coloured block and just above that is a square orifice (this is a happy, smiling, have-a-nice-day term for a hole). 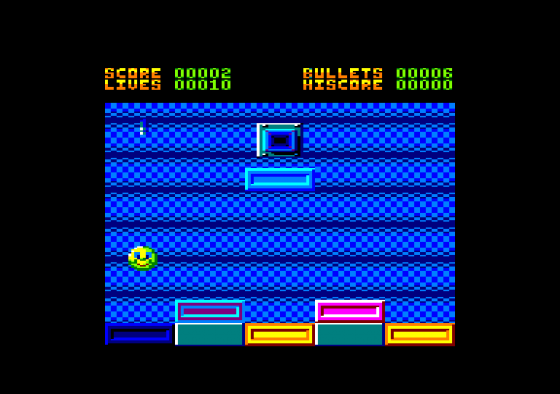 The idea is that, by bouncing on the blocks, you cycle through a series of colours until the block is the same colour as the one at the top of the screen. Once all five blocks are the right colour, another layer of blocks will appear on top of them and they will have to be changed to a new colour.

Now this wouldn't be much fun unless there were some problems along the way, and there are. The gap in the fabric of the game screen's backdrop (hole) will produce some strange alien creatures. These fly around the screen bouncing off the walls, ceiling and floor until they either hit you or get hit by a bullet. Of course, it's not healthy to be hit by these guys and it's you that can shoot the bullets.

If you shoot an alien, another one will soon appear. On later levels, more than one alien will appear at once, making it harder and harder to avoid them. When your dementedly placid visage gets punctured it will deflate on the ground, still grinning its little heart out. 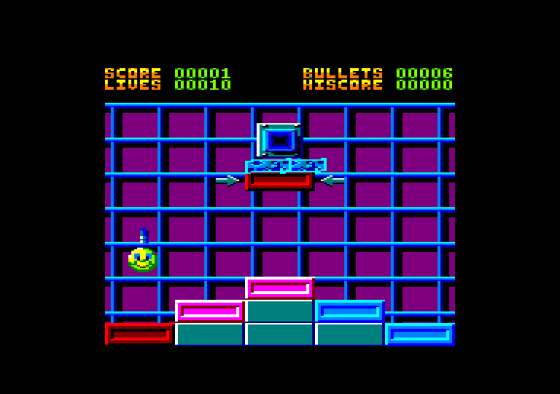 You aren't totally vulnerable. Other objects come tumbling down the screen and you can collect them. There are extra lives in the form of air bottles, extra bullet canisters and a spinning green tick that will automatically turn all the blocks to the right colour. There's also a satellite that gives you some weird headgear. It provides invulnerability but also stops you collecting other objects. However, I don't recommend this because the face doesn't look half as pleased with itself as usual.

The layers of blocks aren't always flat but come in steps as well. This can make life particularly awkward when the blocks have built up to three or four layers. After four layers have been completed you move onto the next stage with more aliens. After every eight layers you get bonus points.

Despite being very simple in concept, it's surprisingly addictive. You've got to anticipate where the aliens are going and try to avoid them by jumping, staying on the ground or shooting them. You've also got to grab all the extra lives and bonuses going to get as far as possible. One tactic is to hang around on the first level, build up plenty of lives and see how far you can get.

The game is well-programmed using plenty of colour and detail. I'm convinced the smiling face is some sort of psycho-analytical tool to make the user feel placid and well-meaning, so you're bound to like him, aren't you? The sort of game you can play for hours and keep coming back to.

I thought the bouncing theme had reached its limit, but no, Mastertronic proves yet again that budget is beautiful. Ball Crazy has a cuddly ball as the main character with an impish grin and a boisterous bob.

Fun to play, with enough gameplay to last many a day.

Difficult to distinguish between some of the bricks.

Sonics 38% P. Not many effects and no music.

Overall 85% P. Great budget game that should please everyone.

The sort of game you can play for hours and keep coming back to. 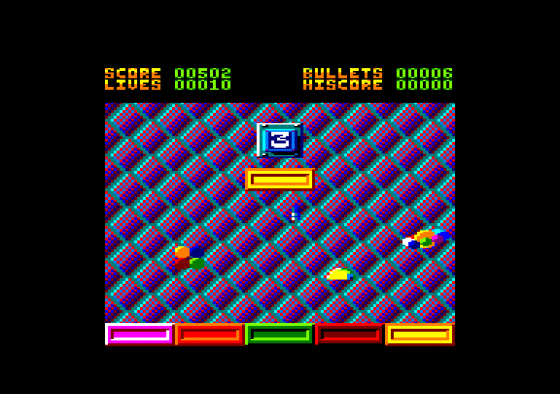