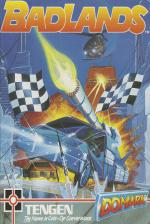 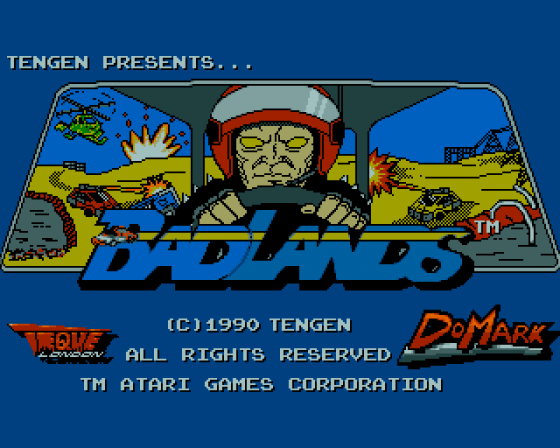 The world has been devastated by a nuclear holocaust - which turns out to be really good news for motor sports fans: there's no rules, no race commentators, plus no shortage of petrol or hazardous race tracks. There are eight circuits, all viewed from above with room for three contestants. The only rule is you have to cross the finish line before a computer-controlled car (in two-player mode coming second to a friend is only embarrassing, not fatal).

Colour-coded arrows show drivers which route to take around the track, explosives go off and useful items appear such as missiles and wrenches.

Pressing fire accelerates, pulling back fires bullets or missiles. If you survive a race you can visit a shop to spend your wrenches on improved tires, speed, acceleration and shields. Progressively upgrading these is essential to stay competitive with the computer car(s). If your car is destroyed, the only penalty is the short loss of time while waiting for a helicopter to bring you a replacement. 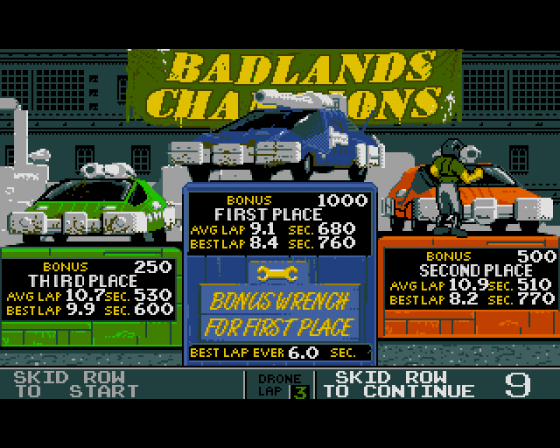 Badlands is a fun two-player game, but it's really no advance over the ancient Super Sprint. The only new aspects are the ability to shoot and the additional hazards like rising spikes and huge pools of liquid split by toppled trackside barrels.

This is another excellent Tengen Amiga conversion, unfortunately the coin-op is a weak one. The game's appeal lies purely in fast reactions vital for winning, and earning wrenches for essential car upgrades. 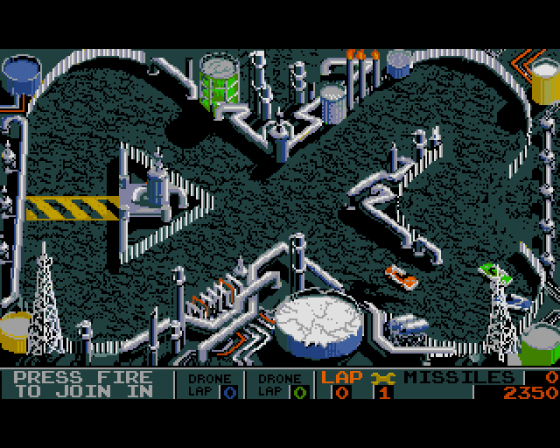 There are some good touches, such as being able to knock over water tanks, split open oil tanks and so on, but as you progress it's the same eight tracks over and over with ever more ludicrously fast computer cars.

Nevertheless Super Sprint fans will love it, and it's certainly fun for a while with two players.

Graphics 69%
Faithful to the coin-op with some nice details, puffs of smoke, flaming exhausts etc - but nothing extraordinary.

Hookability 74%
Fairly easy to get into, beginning with some sluggish computer cars.

Lastability 60%
Eight tracks, but playing solo it soon gets repetitive.

Overall 62%
A good conversion of a poor coin-op.

A good conversion of a poor coin-op... Super Sprint fans will love it, and it's certainly fun for a while with two players. 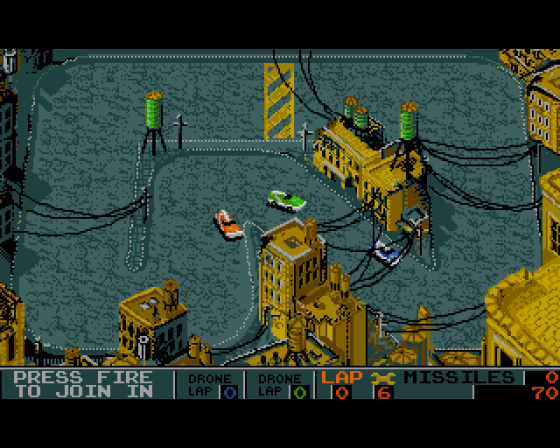 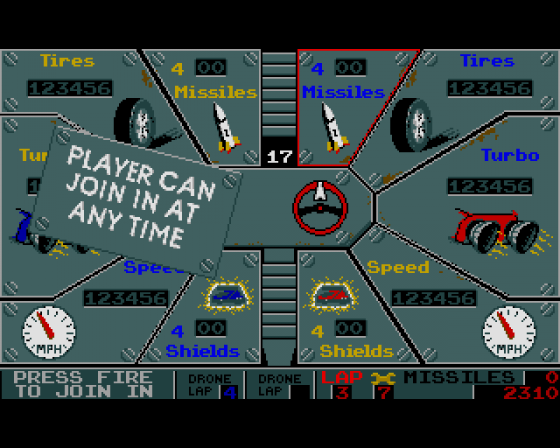 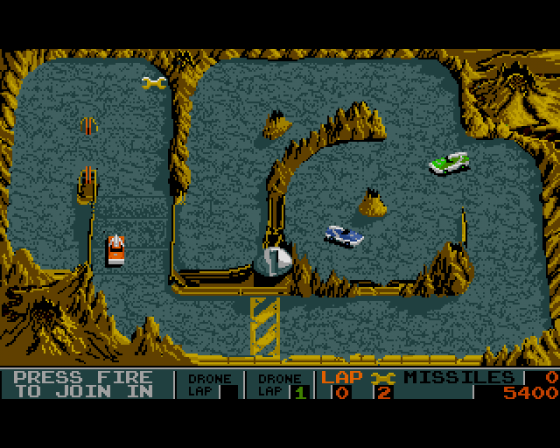 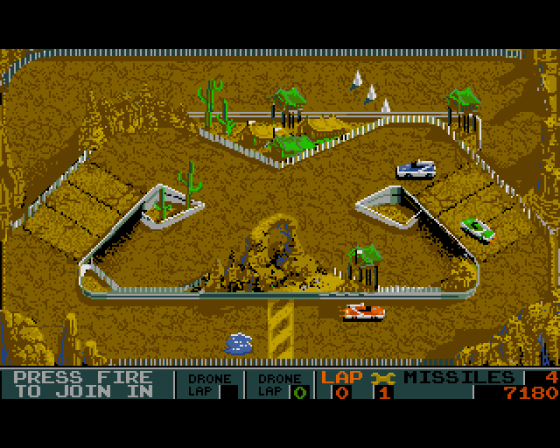