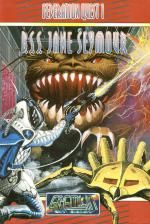 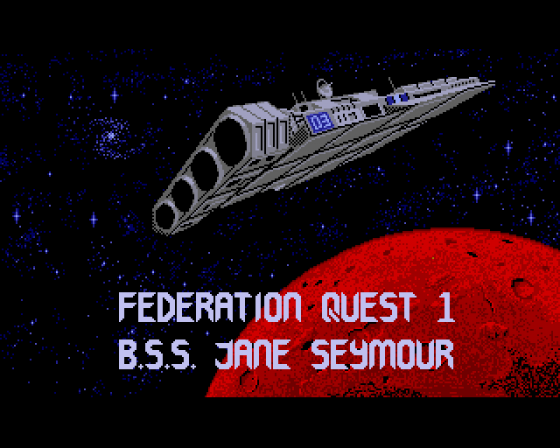 For ten years the Biological Survey Ship Jane Seymour has been floating dead in space, and now the Federation have dispatched you to salvage the derelict. Usually space salvage is easy, but this job's going to be pretty tricky. According to the report, radiation from a Wolf-Raert star has long since driven the crew insane, and the ship's zoological samples have escaped from their menagerie.

In their deranged state, both the crew members and the animals are less than friendly, making the first order of business finding a weapon of some description. These range from daggers (not very effective) to flame throwers and particular blasters, which, as well as killing off monsters, can often destroy the floor they're standing on!

Battles are fought in real time, and arming is done manually with a wobbly gun sight: the better the fun the less wobbly the sight and the less time it takes to reload after each shot. 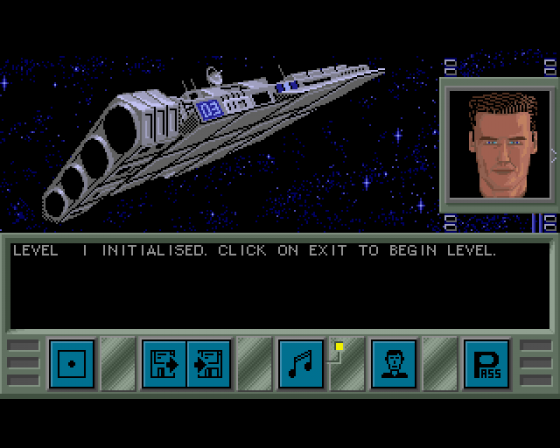 You have numerous pockets to fill and as well as having weapons to collect, there are keycards, torches, medicines and other sundries. Also look out for robots, which you can recruit and program for any function, as long as you've found the right programming cartridges.

What you really need, though, are flasks. To fix the ship's failing systems they have to be treated with coolant and lubricant liquids, so you either need to find some flasks, or program a robot to make some, then fill them up at a coolant dispenser.

Once Jane Seymour's systems are fully lubricated, she heads for home and you have to start the game again on the next of the twenty levels, which has different deck layouts and even nastier monsters lying in wait.

These icon-driven 3D adventures have become more and more popular of late, and the standard has been going up as well. While BSS Jane Seymour is similar to Pandora's Xenomorph in subject matter, it's a more compact game, which basically means that, though the playfield is smaller, you don't have to do as much wandering about to find some action.

The denizens of the ship are nicely designed and animated, but unfortunately most of them look cuddly and cartoony, instead of being menacing and realistic as Dungeon Master's did. That's the only niggle worth mentioning though, and on the whole, BSS Jane Seymour is an excellent adventure.

There are a ton of options for handling objects, programming robots, etc, etc, but the icon system copes with them all admirably, making the game very easy to get into.

Playing through twenty packed levels is going to be a real burning-the-midnight-oil job, so if you've got a few weeks to spare and a coffee machine next to your computer, this is a definite must-buy.

An excellent adventure. Playing through twenty packed levels is going to be a real burning-the-midnight-oil job, but if you've got a few weeks to spare and a coffee machine next to your computer, this is a definite must-buy. 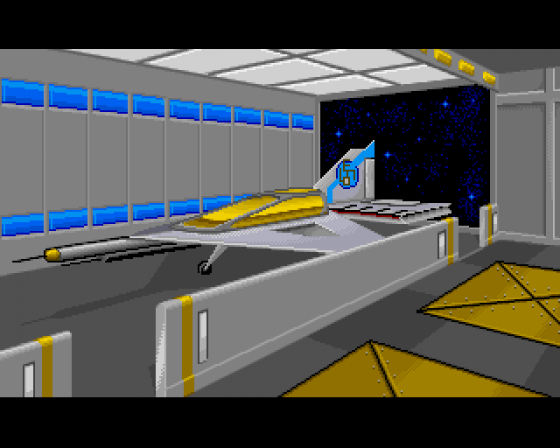 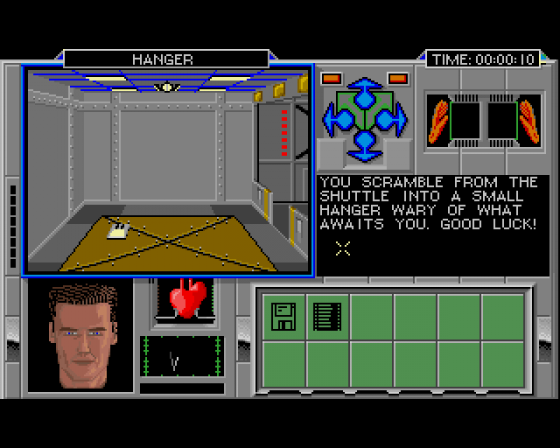 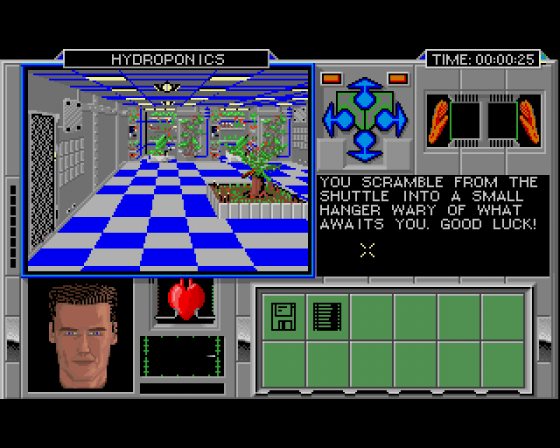 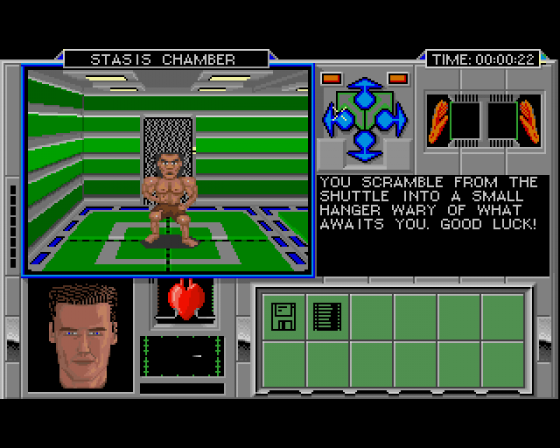 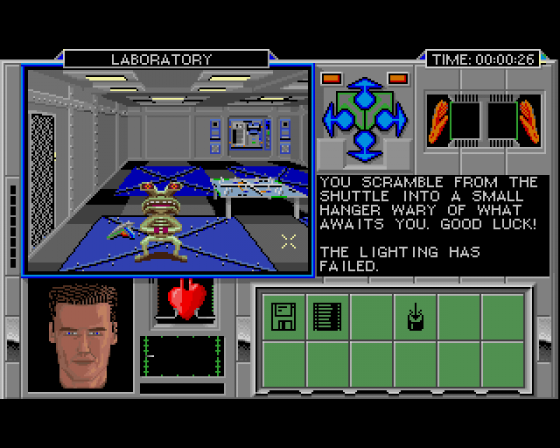 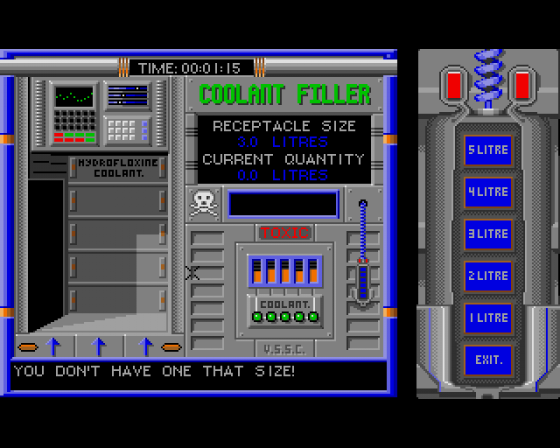