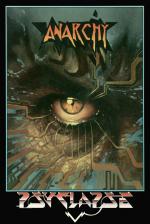 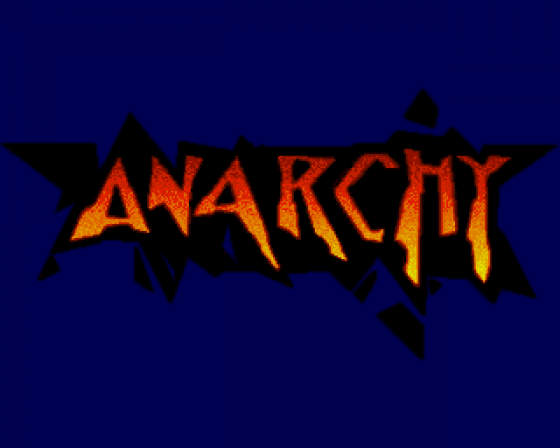 Cities throughout the galaxy have been overrun by the Anarchists, a riotous crowd who use a variety of fashionable aircraft. There's nothing they like better than hiding car keys, putting glue on toilet seats and using their gravity-distorting devices to make bread fall buttered side down. And now, as disaster forms around them, they're stealing the life capsules that contain escaping VIPs.

You've been given the task of saving the capsules and blowing the Anarchists into small, manageable pieces. The cities are shown side-on, scrolling left and right - a radar display indicates the positions of ships and capsules. The various Anarchist craft - Stealers, Homers, Darters, etc - are blasted with a laser and sometimes release a lettered token. When collected, they give weapons such as side-shots, force-field and outrider cannon.

Cor, what an original idea: it's a sort of poor (or rather stupid) man's StarRay! Where that game was full of slick graphics and superb sampled sound, Anarchy substitues tiny, undetailed sprites and a naff rock title tune. 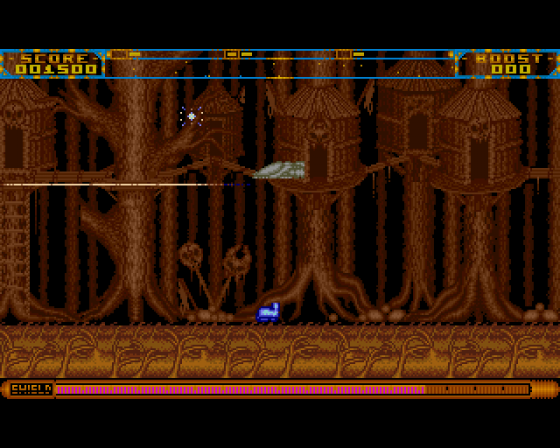 The gameplay is inferior still, suffering from a lack of variety, especially in the dull enemies. I just can't understand why Psyclapse have bothered releasing such derivative drivel.

Hmm, our Psyclapse release schedule's looking a bit thing... I know, we'll get one of our programmers to knock up a Defender variant... the kids'll go for that!

I've got nothing against the Defender concept, in fact it's one of my favourite oldie coin-ops, but this Amiga update of it is pretty much instantly unplayable. 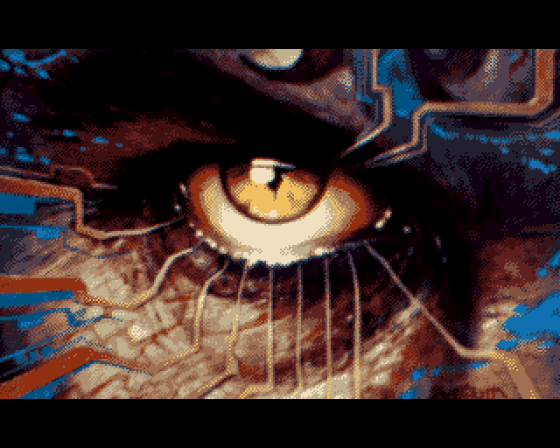 Graphics and sound are hopelessly outdated, gameplay is difficult from the start (you have to fire and hope for the best with the stupidly fast-moving Bouncers) and the transparent radar display is barely usable.

For a slick Defender variant on the Amiga, go for Logotron's StarRay, otherwise dig out C64 Dropzone.

Graphics 55%
Drab, washed out sprites and equally lifeless backdrops, although the multi-layer parallax scrolling is smooth and fast.

Hookability 56%
Easily grasped but immediately uninspiring due to its outdatedness and difficulty.

A 1990 remix of a classic (ancient) game that simply doesn't work. 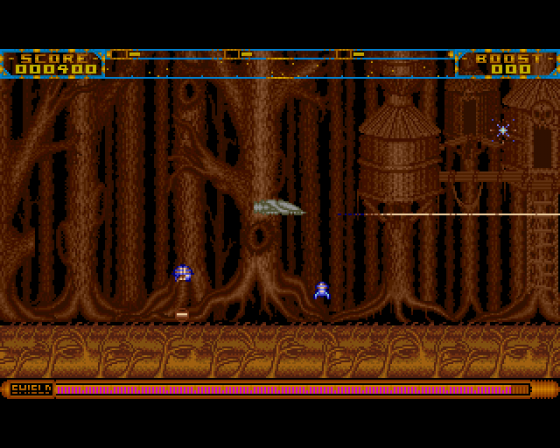