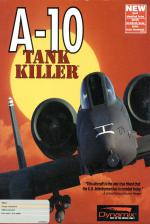 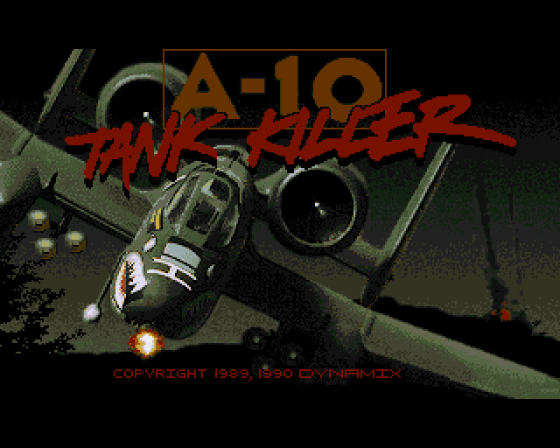 Being an American import, I managed to get my hands on A-10 before Robin and from my experience with the PC version was able to review it quickly enough for this issue. So adventure fans needn't worry that Think Tank's going to turn into a sim section, and sim fans can be reassured this isn't a text adventure with fancy graphics!

A-10 Tank Killer is obviously enough a flight simulation of the USAF's A-10 Thunderbolt - or Warthog as it is affectionately known by all 'Hog-Drivers'. Those of you weaned on little else but F-16s might wonder what the hell an A-10 actually is. Primarily, they are used alongside battlefield helicopters in the close air support role. They are slow enough to identify and attack ground targets but they come with high survivability and a greater weapons load than helicopters. A-10s have a distinctive shape and the largest and most powerful gun ever mounted on an aircraft. Called the Avenger 30mm cannon, it fires depleted uranium shells at a rate of 4,200 rounds per minute. Enough to atomise a tank at 4,000 yards. It is generally rated as being 'one mean muvva'.

While the game is aerodynamically accurate it should appeal to the player who would normally avoid flight sims altogether: it won't snow you under with technical specifications. In fact, die-hard flight-sim fanatics will criticise it for its lack of certain details. For example, the game's A-10 is a two-seat version whereas the only active service version of the A-10 is the single-seat version. In addition, you don't have to land if you don't want to and the time has been compressed in certain areas. Also, the main flight adversary is called a MiG 27 - but looks more like a Su-25. However, Dynamix are fully aware of these facts. They intend A-10 to be more of an entertainment package. That is not to say that flight-sim aficionados won't enjoy it. I am and I did! 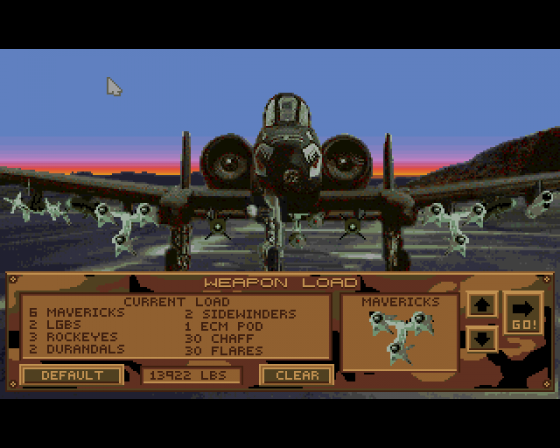 In fact, the graphics are A-10's star quality. Dynamix have used digitised photos of real actors, taken on location, kitted out with real flight gear to give you maximum atmosphere. You want a realistic cockpit display? The game has a digitised cockpit from a genuine A-10! And there are other digitised screens of the aircraft itself (the weapon loading screen, for example). All of the other graphics are solid 3D affairs which are detailed and smooth. A good demo of the 3D graphics is the 'Vehicle Preview' option. This shows you each individual vehicle (including aircraft and helicopters) that you will meet in the game. Other impressive screens are the status screen which shows any damage taken, along with an animated weapons inventory and multiple views inside and outside of the aircraft.

The game itself consists of six different missions. They tend to be varied, multi-part affairs. For example, one mission asks you to hit a supply dump. However, you must also provide close air support for a platoon of tanks which will take out the SAM sites for you *and* keep a nearby bridge open for allied support. In fact, the main area of the game is the campaign. Here, you will cycle through each mission but every action you make will affect events later on. The more failures you have initially, the more difficult things will be later on - both for yourself and the rest of the armed forces. Dynamix have promised further scenario disks to load into the original game.

The great thing about A-10 is that you really feel you are part of a team. Missions usually involve lots of aircraft and the interpilot chatter is an excellent feature. Radio messages appear on-screen informing you of mission updates, or orders from your flight leader or just to 'back off!' if you fly too close to someone during a mission.

When you play Falcon, for example, you get the feeling it is you against the world. However, in A-10 it is more of "You hit the MiGs, I'll hit the SAMs and Buddy here will blast the anti-aircraft guns. Let's go for it. Yee-hah!" So you feel more involved, the action appears more realistic and you end up with a real knot in your stomach when you hear, "I'm hit! I'm hit!" and you watch your wingman turn into a ball of fire. A-10 Tank Killer is thoroughly recommended - it is pure entertainment.

Thoroughly recommended - it is pure entertainment. 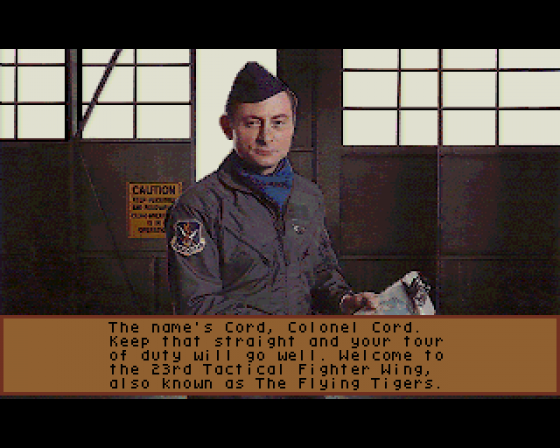 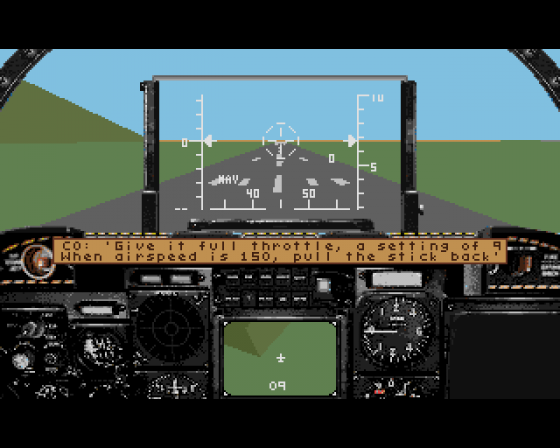 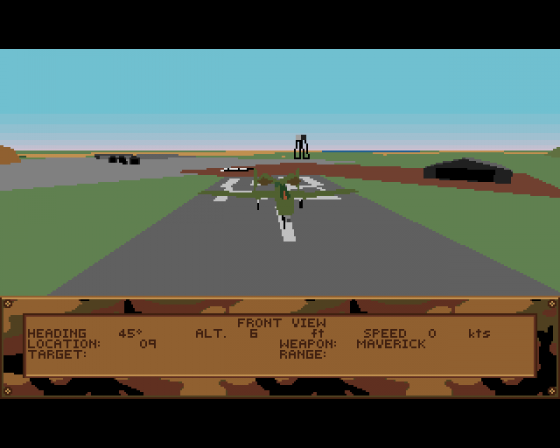 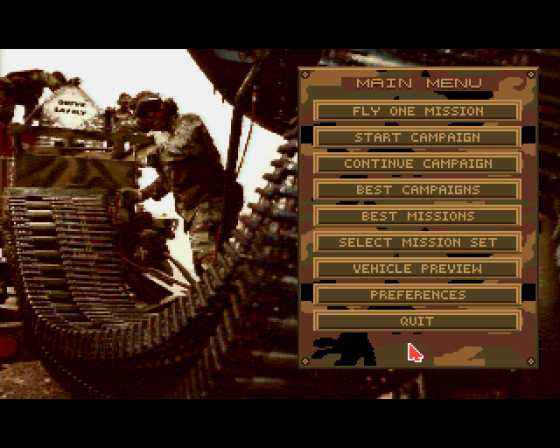 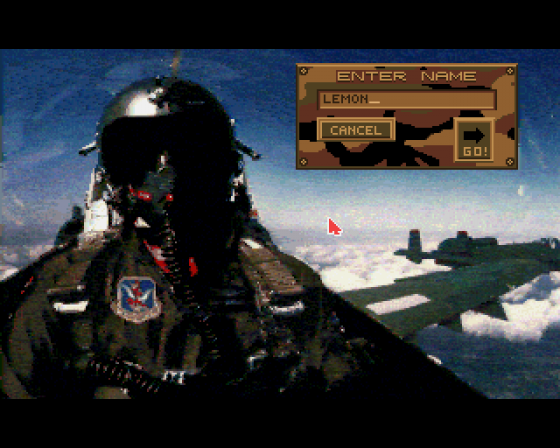 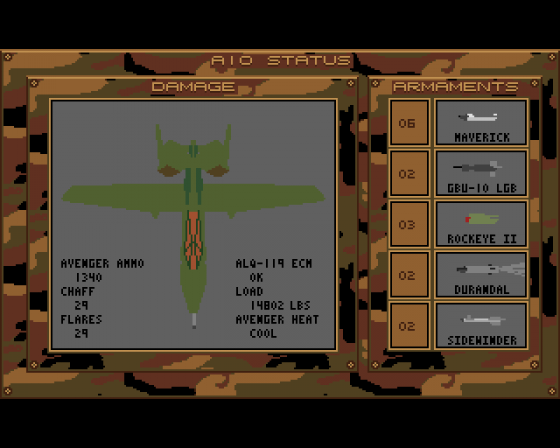 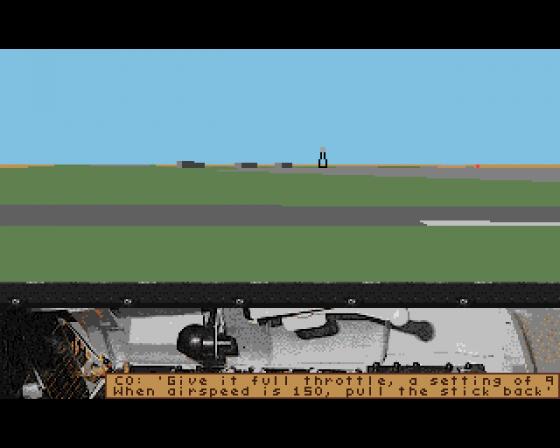 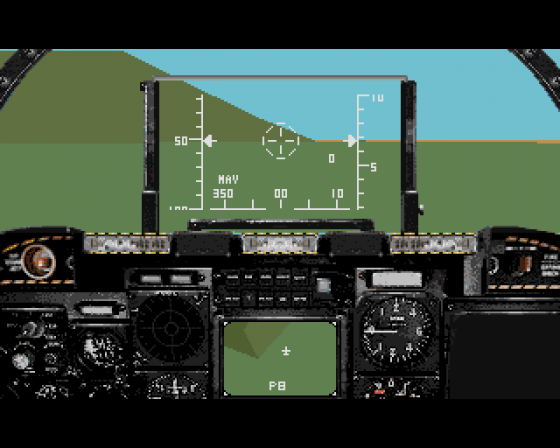