Release: Professionally released On Blu-Ray (Side 1 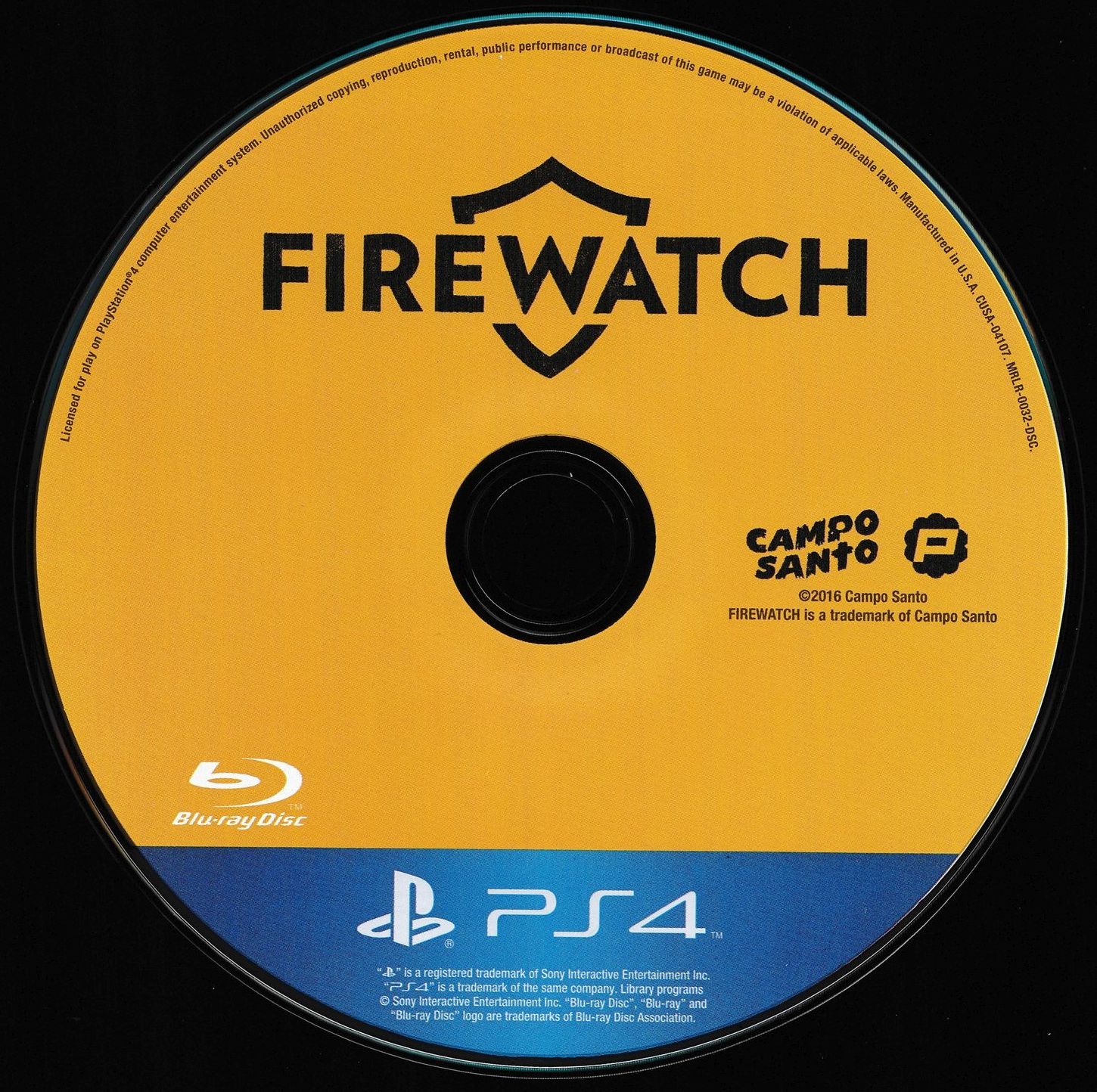 Harry takes up a new job as a 'firewatcher', his only colleague being Delilah in a lookout tower many miles away. He must deal with random teens who set fires in Wyoming forest and, more pertinently, his own inner demons...

There are no users who want to buy a copy of this item.
(Browse Most Wanted)

dave_e, an authority on collecting games for the PlayStation 4 (US Version), says:

Whilst many physical releases from Limited Run Games are 'indie' games, developed on a small budget by a small team of developers, Firewatch is a very highly regarded game in its own right. Compared with many Limited Run titles, the physical version of Firewatch has become very difficult to find as a result.

Back Cover
Instructions/Manuals/Promos (Included With Item)

Where To Get It

Spotted a typo or inaccuracy in the instructions for this item? and we'll fix it up at once!