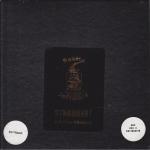 A number of BBC games publishers have started to move into the Archimedes sector. Robico, famous for BBC adventures, has added another mega-game to the market in the form of Stranded.

Billed as a graphics adventure, Stranded finds you prisoner on board a star freighter. An ugly guard keeps watch and as usual, there is absolutely no chance of escape.

If you're patient, you can escape, take over the ship and even (crash) land it. Once outside the ship, keep an eye out for possible assailants and never turn your back on anything. Anyway, enough of the plot. How does it look?

The graphics (Arc only) are sparse although what there is, is good. Mode 12 is used effectively throughout to provide an evocative sense of 'being there'. Especially good were a straw-thatched barn and the entrance to a mine.

A nice touch is the use of vertical pictures as well as horizontal ones - that is, ones that take up the left or right hand side of the screen rather than the upper section.

Pictures were held on the disc as complete sprites, and I would have thought it better to compress them in some way so that more sprites could be fitted in the game.

The mouse can be used to access the more familiar commands (in a similar way to Magnetic Scrolls adventures), the most useful of which was the 'save game to buffer option'. This allows you to store up to nine different positions in Ram, without the need for messy disc swapping.

The price is rather steep and I would suggest Robico reassesses this in the light of other current releases. All in all, an enjoyable game.

Robico adds another mega-game to the market in the form of Stranded... The graphics (Arc only) are sparse although what there is, is good.