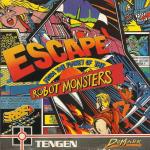 Escape From The Planet Of The Robot Monsters

Save the lovely ladies from a fate worse than death at the hands of the Reptilons. 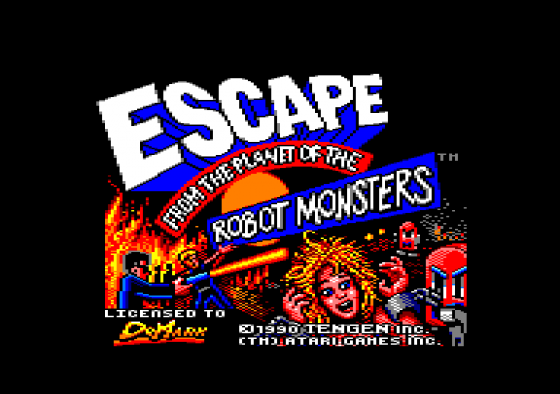 This is Radio Smog, bringing you all the news, every hour on the hour.

The fate of Professor Sarah Bellum and a number of her female companions is still at stake on the mysterious Planet X. Following the kidnapping by evil Reptilons late last week, several attempts to break into the alien warehouses upon the surface of the planet have so far met with failure.

Special reports leaked from within the headquarters of the Evil Reptilon by allied agents, show the female hostages are being used, along with professor Bellum's scientific knowledge, to construct a robot army to be used in the destruction of our own planet. 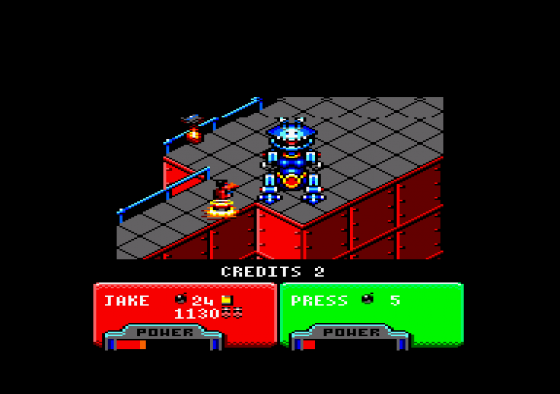 How close to completion this army is, is not known to us at this time, but the latest surveillance reports show unprecedented activity around the Reptilon launch pads.

The likelihood of this ominous attack rests solely in the hands of those mounting one last ditch effort to rescue the hostages, due to take place some time today. Good luck fellas, the fate of the world is in your hands.

This may be our last report, so this is Radio Smog signing off, in hope. 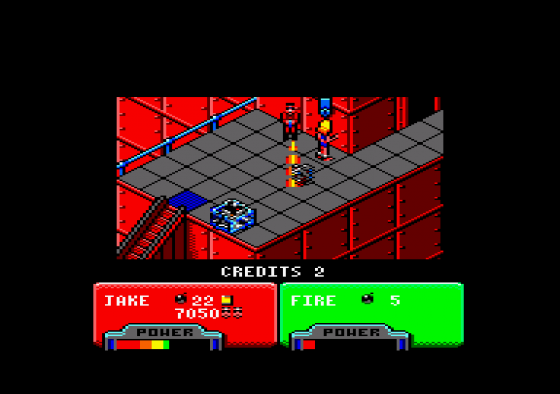 Well, it's up to you. Can you save the world in what must be one of the best shoot-'em-ups for a long, long time?

Escape From The Planet Of The Robot Monsters is a two player simultaneous rescue mission, which will see you as either Jake or Duke battling your way through the robot factories of the Reptilons in a desperate bid to free the hostages before they are turned into Robo-Zombies.

On your way, you will need to break into food and bomb lockers to get special weapons which makes doing away with the Reptilon guards even more fun. 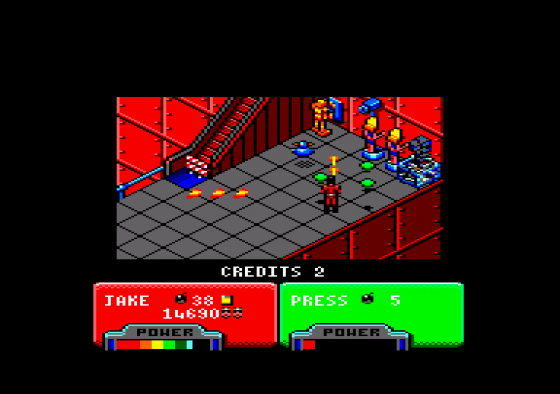 Once the scaly beasts are despatched with, some of them will leave behind pretty green crystals. Pick these up and you'll find yourself with even more firepower to do away with the big bad scaley-bug at the end.

Moving around the excellent on-screen graphics, walking into the hostages will send them packing on the next shuttle back to your mothership, although some are tougher to get to than others. Blowing up the computer consoles scattered around the arena should help to shatter the glass cages surrounding the more important hostages.

Movement between levels is by way of nifty escalators, which will need to be acticated before you can trundle up and down; find the lever and give it a nudge and you're away.

At the end of each factory, you will see a bonus screen which will tell you just how well you've done on the hostage front. Fill a full shuttle load and you get an extra bar of energy - a very much needed bar of energy.

There are some exceptional sonics accompanying this smooth scrolling extravaganza, and the gameplay, as you blast ugly-looking aliens of all size and station, is totally addictive.

If you're after mindless fun and something that will keep you glued to your screen til the bitter end, look no further than the challenge laid down by the Reptilons.

Escape From The Planet Of The Robot Monsters

If you're after mindless fun and something that will keep you glued to your screen til the bitter end, look no further than the challenge laid down by the Reptilons. 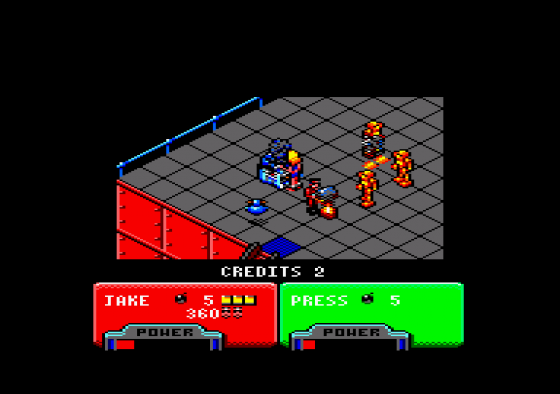 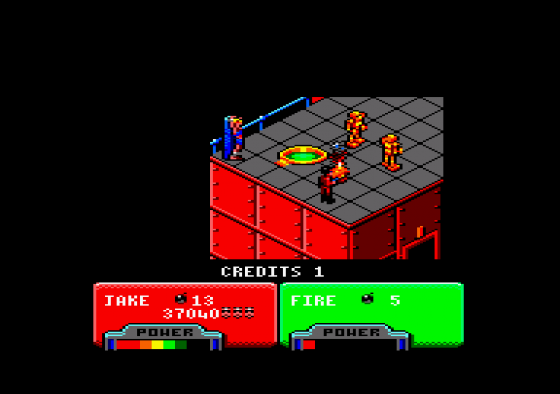