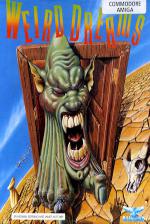 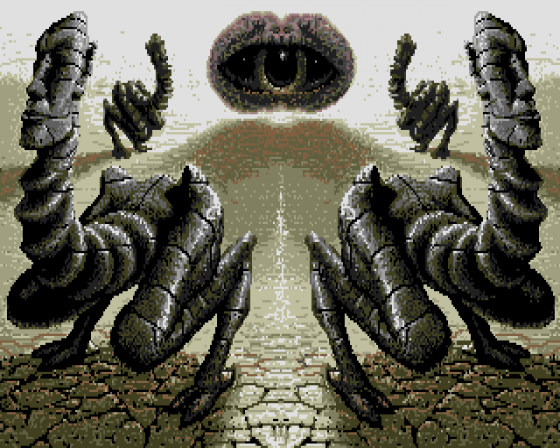 TV exposure is a mixed blessing. Rainbird thought they had cracked it when they got Weird Dreams onto Motormouth every Saturday morning. Great, they thought - you punters are going to see little bits of the much talked about arcade adventure - supposedly whetting appetites to see even more of it.

Sounds like a great piece of hype, right? Wrong. A large number of punters do go into the shop to enquire about Weird Dreams - but they expect it to be a quiz like Trivial Pursuit. Apparently quite surprised to learn that Weird Dreams is in actual fact an arcade adventure. In the TV programme, you proceed through the game by answering general knowledge questions - in the game, you have to rely on games playing ability.

The hero of the game is one Steve Trevathon who, whilst lying on an operating theatre dreams some very weird dreams. Poor old Steve is mad, you see. He lost his marbles as a result of a failed love affair. His only hope is surgery. 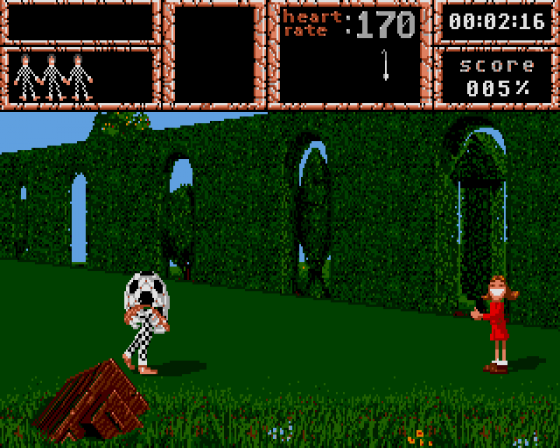 It is down to you to look after Steve in his dreams - protecting him from his worst fears. Of course you are going to have to get him out of the candy floss machine first. And if you want him to wake up a perfectly healthy and sane individual you must also find the six orbs scattered throughout the game and take them to a final encounter in the desert with a giant brain. Hmm, sounds weird. It is weird. The game certainly lives up to its title in this respect. Some of the landscapes are desert-like with dried cracked ground, sun-baked monsters and brightly coloured flying fish.

There are other scenes in the game - like the fairground, the English garden, the Musical Keyboard, Hall of Mirrors, Haunted House, but it is the desert scenes that are the most memorable. There is just something totally oddball about beating a monster with a rainbow coloured fish that you have just leapt into the air and caught.

But there is more to Weird Dreams than simple arcade entertainment. Rainbird are pushing hard the fact that it is an adventure as well. Some of the puzzles are quite tough - requiring a good hard look at everything on screen and a bit of lateral thinking. There is also a correct order in which things have to be done and places visited. 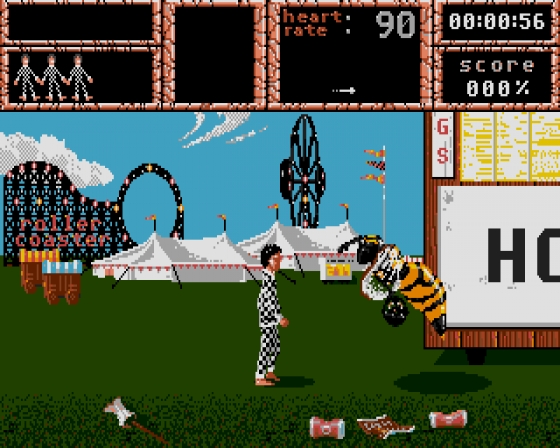 Some of the scenes in the game have a haunting nightmarish quality about them. The little girl in the garden for example. So innocent and sweet playing ball beside the flower beds - but that's that behind her back and what is happening to that ball?

Weird Dreams is also a race against time. Should you survive the candy floss machine, you will find yourself in the fairground where you confront a giant wasp. You can escape from it this time by dodging into the Hall of Mirrors but it is only a matter of time - about twenty minutes - until he breaks through to get you.

Weird Dreams provides a unique insight into the workings of a game designer's mind. Hermann Serrano had been to the dentist Weird Dreams was conceived - hence the toothiness of the monsters. There is also a chicken-like monster that was inspired by a bird defrosting on fellow author James Hutchby's kitchen table. Coding Weird Dreams did nothing for getting rid of the duo's nightmares though. They are both still petrified of wasps.

This is all very well, it's good fun, has excellent graphics and sound effects but one question comes to mind to anyone who, like me, saw Weird Dreams at the PC show last September. What, exactly, is new? There just doesn't seem to be enough dreams to get through. The ones that are there are fine - but most of them we have seen before, either at the PC show or on Motormouth. It's not as if Motormouth only shows you a small percentage of the dreams - it shows you most of them.

The game does have several challenging and well thought out puzzles, with a sting in its tail at the end of the game but there are just not enough scenes to discover. Part of the reward in playing any arcade adventure is to explore it and find out what graphical delight is locked behind the next door. I have a feeling that gamers are going to discover Weird Dreams' secrets a little bit too quickly.

In fairness to the authors, there are some new things in there - like the demonic lawn mower in the garden and fish tank in the keyboard scene, and the best end-game trick I have ever seen. That said, I cannot get away from an overall feeling of anti-climax. If only they have given us a bit more of the same - perhaps by adding another disk or two. As it stands, in the gameplay and value for money stakes I'm not sure you're getting full value.

Part of the reward in playing any arcade adventure is to find out what graphical delight is locked behind the next door. I have a feeling that gamers are going to discover Weird Dreams' secrets a little bit too quickly.