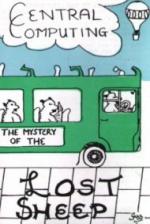 The Mystery Of The Lost Sheep 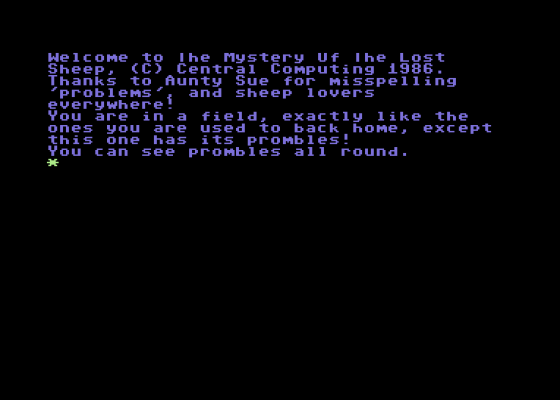 Well, this is rather original, I must say. As a farmer you have lost your sheep, and as an adventurer you must cope with a number of rather unusual puzzles in an attempt to find them.

You don't get much help from the inlay, which really doesn't tell you a lot more than the paragraph above, but throughout the game there are helpful "hints" for the asking. I found myself asking for them quite a bit to start with, when I found myself in a field full of "prombles".

A "promble" is a creature a bit like a sheep with a "weird tail" and, try as I might, I simply couldn't make any progress - I attacked the prombles, I waved at the prombles, I talked to the prombles, I did just about everything to the b****y prombles. Nothing doing. Finally, I ate one and was rewarded with a couple of bones. These I stuck together to make a spade, and my travels began.

This game is text only and presents itself a little old-fashioned, but there are a number of nice touches, and it's certainly very original in tone. At the top of a mountain, "You are surrounded by a Bad Attitude" - I'll say you are. And elsewhere you may even glimpse "Holiness itself".

Central Computing can be reached at 61 Beech Road, Gillway, Tamworth, Staffs B79 8QQ - but they didn't tell me how much the game was. One of the reviews quoted on the inlay refers to a price of four pounds. If this is the case, I'd suggest it's marginally overpriced, but still worth checking out if you're fed up with dragons and other more traditional fare.

The Mystery Of The Lost Sheep

This game is text only and presents itself a little old-fashioned, but there are a number of nice touches, and it's certainly very original in tone. 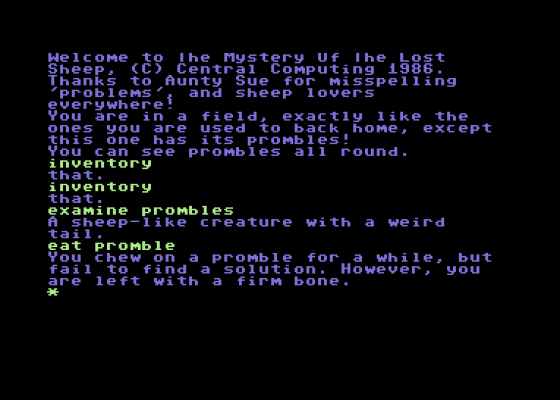 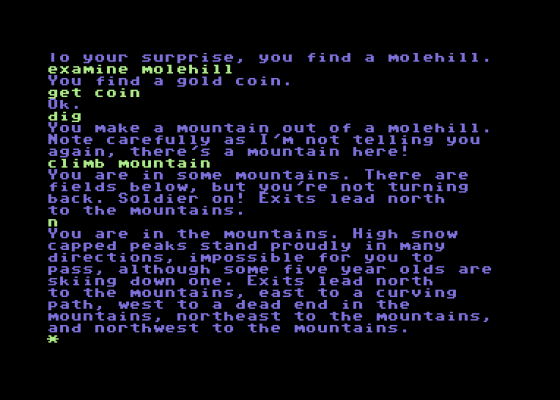 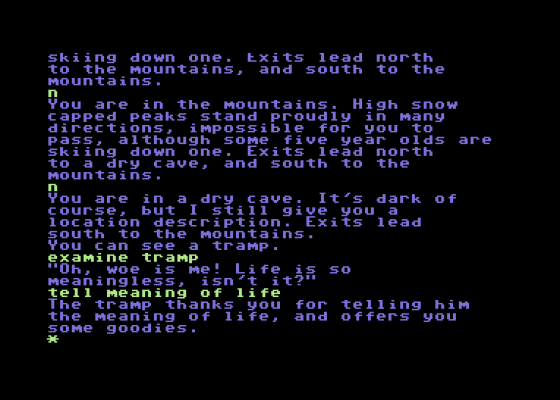