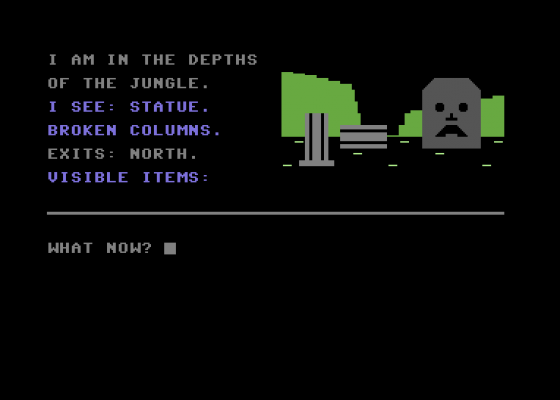 After suffering at the hands of Step One's other, abysmal attempt for what seemed an eternity, it was with loathing tenacity that I waited for this one to load. The scenario certainly sounds interesting enough, but then so did that of The Scroll of Akbar Khan. 'Deep in the

mysterious jungles of Central America lies the Lost City of the Maya, overgrown and long forgotten.' Sounds great so far ... 'Hidden among the crumbling ruins and deserted tunnels beneath the city are ten valuable Maya Relics. It is your task to unearth and store these relics, but beware! The ancient Maya have left many traps for the treasure seekers like yourself...'

Now this actually sounds more like it. Once it had finished loading and I started playing the game, my initial enthusiasm began to wane. 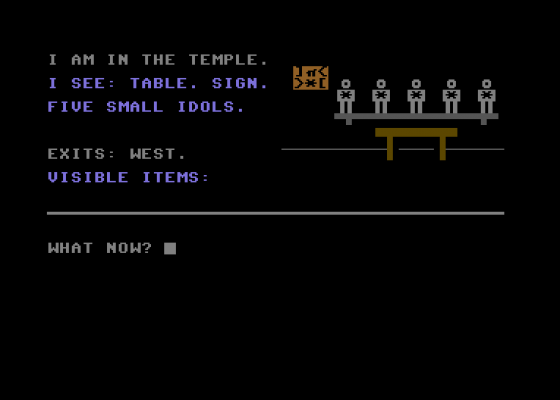 The Lost City looks very similar to Akbar Khan and, unfortunately, it plays like it. The vocabulary is just as poor and the responses are just as feeble. It does have a slightly better atmosphere and graphics than Khan, but retains the very unfriendly feel.

After much MOVEing and LOOKing at objects, I found myself armed with several tools along with some cheese and biscuits (unfortunately no coffee) with which you start the adventure. Very many moves later, I found myself becoming increasingly hungry (guess what the biscuits were for?) and increasingly frustrated, as I fought mentally to get deeper into the game. With such a poor vocabulary and no real help in the way of descent responses (there is a HELP function, but for what help you get from it, I wonder why they bothered), the White Wizard got exceedingly aggravated very quickly and ended up turning off with disgust.

I'm distressed and overawed that such poor excuses for adventures are sold at such an incredibly high price and advise you to steer well clear unless the price should drop dramatically and you enjoy being frustrated and disgusted by such inferior quality.

I'm distressed and overawed that such a poor excuse for an adventure is sold at such an incredibly high price as this. 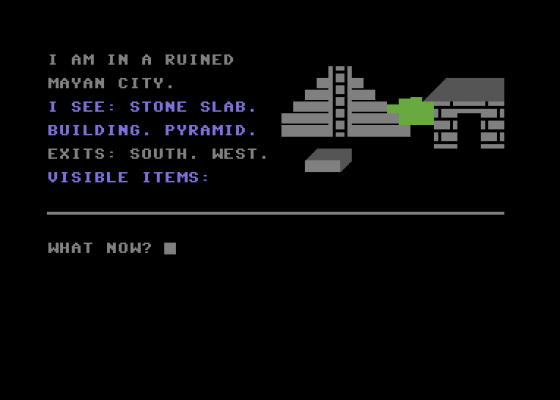 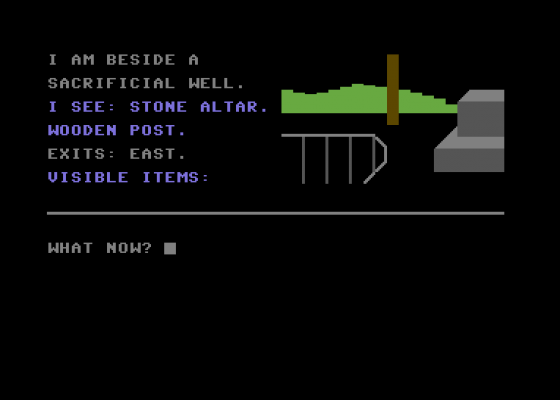