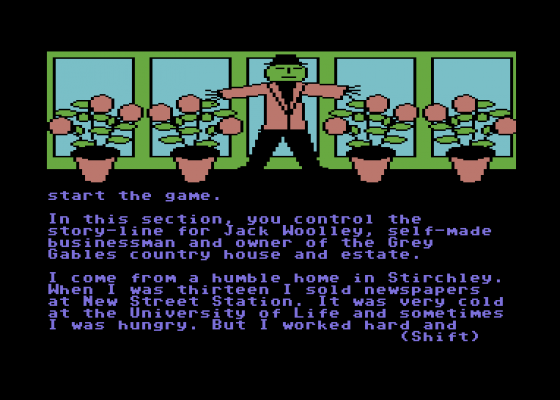 Level 9 must have spent quite a lot of time developing their scrolling-text-cum-multiple-choice-plot-alternatives system which they first used in Adrian Mole. Either that, or Mosaic must have made a lot of money out of selling the Mole game, because here we have another in the same vein.

The Archers uses exactly the same system as Adrian Mole. As in Level 9's other games, text prints on the bottom of the screen scrolling upward, while 'multi-tasking' pictures draw simultaneously on the top half.

Also, as with Level 9's other games, the pics aren't really that brilliant. Others may disagree but I'm afraid that I still don't go for Level 9's graphics. I know they have problems with memory space, but I'm sure fewer pics and higher quality plus attention to detail would be more welcome to most players. 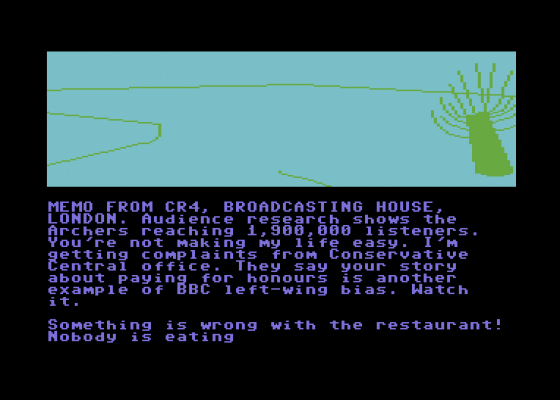 However, unlike Level 9's other games, in The Archers you do not get to enter any text. Instead, the story scrolls up the page and every so often you get a choice of three alternative courses of action for the character being controlled. Selecting different choices has different results.

In The Archers, the different results - apart from what actually happens in the story - are either a drop in the number of listeners (if things get too boring) or an angry letter from the BBC authorities (if things get too hot). In other words, you take the role of program producer/story editor and have to carry the can if things go wrong. If they go badly wrong, you get the sack and start again.

The program is divided into four parts, and each part requires that you make decisions for one of the major characters in the series. These are Jack Woolley, Eddie Grundy, Elizabeth Archer and Nelson Gabriel. In the interests of equality, it would have been nice to have had two female characters - especially since in my view the Elizabeth section is one of the strongest. Perhaps designer/writer Pete Austin felt nervous about writing about ladies.

The good news, comparing this program to Adrian Mole, is that there are far more frequent decisions to be made and therefore more variety in the game. Furthermore, the game is not much affected by whether or not you listen regularly to The Archers program. With Adrian Mole, I felt that having read the books put me at a slight advantage, which in turn made the game less interesting. Not the case here. And if you're totally unfamiliar with the radio program, there are extensive notes on the different characters on the cassette cover.

The bad news, frankly, is that I found the game rather boring and certainly not worth the asking price. The sense of humour that I found so attractive in Mole reoccurs in this program, but seems somehow rather strained. The growing pains of adolescence that characterised the earlier program seem to be replaced by moral and political considerations here, but the issues seem somehow naive. Altogether, I felt a bit of a disappointment.

But then, I am a dyed-in-the-wool adventurer and not a fan of The Archers. I think that families who listen to the radio program might really get a kick out of playing this game together in the long winter evenings, but personally I'd rather tackle a Balrog than Walter Gabriel any day.

I think that families who listen to the radio program might really get a kick out of playing this game together in the long winter evenings. 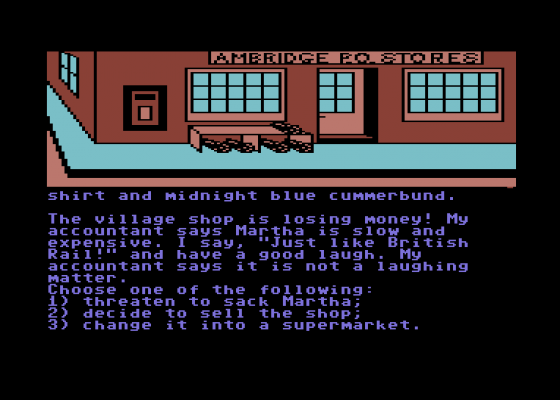 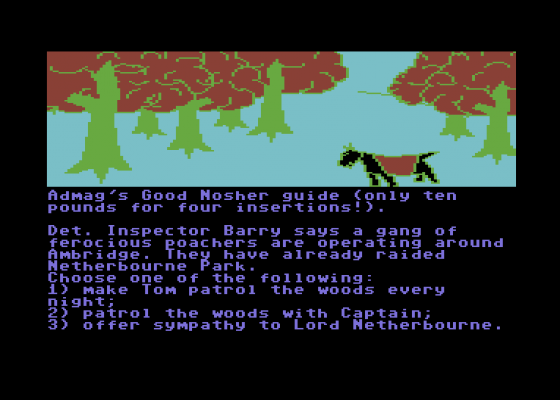 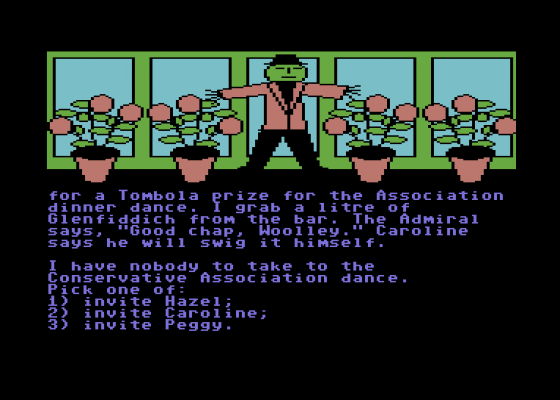 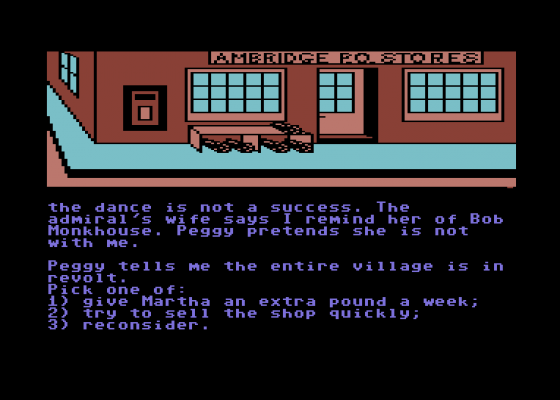 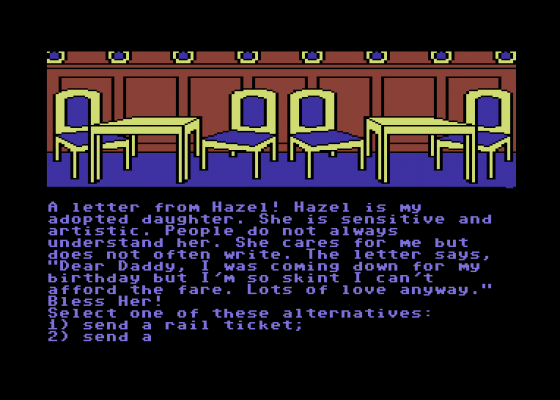 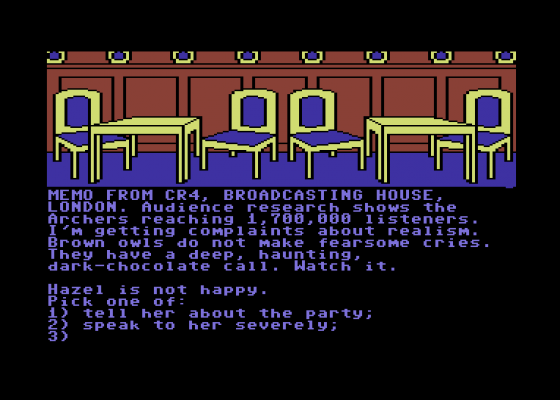 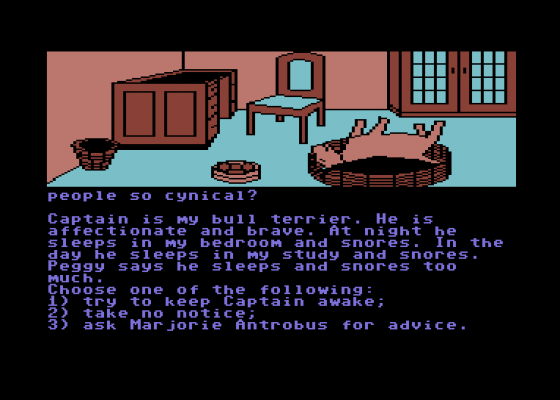 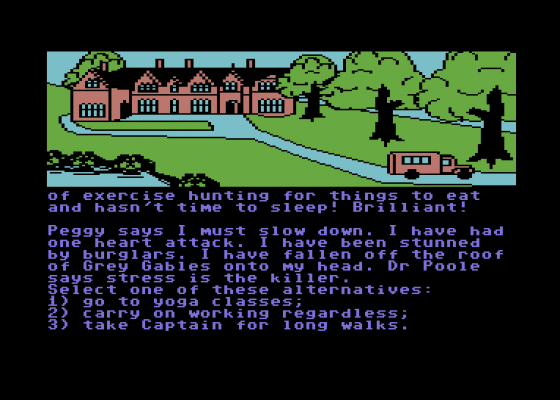