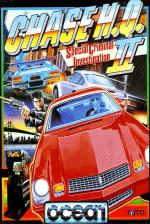 After making the roads safe for yer everyday driver in the brill Taito coin-op, Chase HQ, Ray and Tony (the Crockett and Tubbs lookalikes) have now been promoted to Special Criminal Investigations, the pinnacle of the CHASE department.

Their new mission is much like before - arrest five motorway maniacs, using any means at their disposal - except now the boys have a spanking new turbo-charged roadster and a firearms licence, so instead of just ramming criminals off the road, one of the cool coppers can blast 'em as well! Who needs traffic wardens, eh?

Every so often, a helicopter appears and drops a package. If collected, the roadbound rozzers can let rip with a bazooka!

As in the original, the boys are racing against the clock and if they run out of time, the bad guy gets away! To even the score, however, one of five turbo-boosters can be engaged, pushing the car's speed to 230mph for a few seconds!

After the top-class conversion of Chase HQ last year, I was wondering whether Ocean could come up with the goods once more, and they have - just.

Thing is, this just seems to be more of a remix than an out-and-out sequel. The problem doesn't lie with the conversion but with the coin-op itself - which just seemed to be an attempt by Taito to cash in on the original's success.

So no points for originality, but SCI is pretty good fun, nonetheless. The graphics are nice and detailed, and the 3D is quite effective, but the screen looks a bit empty. The sound is quite tasty, too, and features lots of sampled stuff. The car handles well, but has a tendency to careen off the road a little too much - something which is a tad annoying when you're running out of time and about to administer the coup de grace!

Overall, if you liked Chase HQ, you'll enjoy this, but be warned - there's not a lot between the two.

Chase HQ on the C64 was appalling, but this being cartridge only (primarily to take advantage of the C64GS console), the programmers have had stacks more memory to play with, and though the 3D is a little weird (the road moves faster than the buildings), the sequel is pretty good fun.

If you liked Chase HQ, you'll enjoy this, but be warned - there's not a lot between the two. 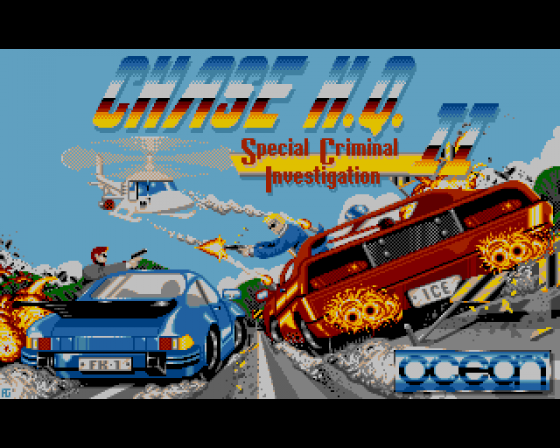 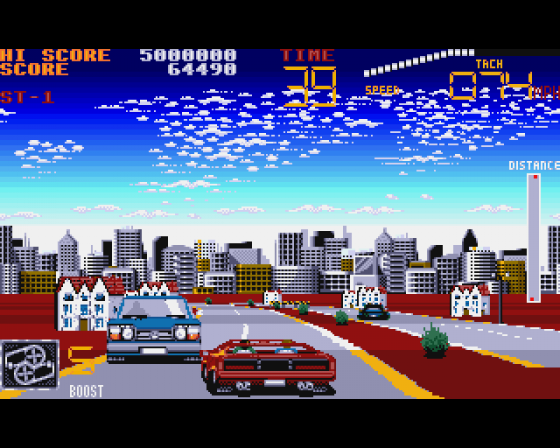 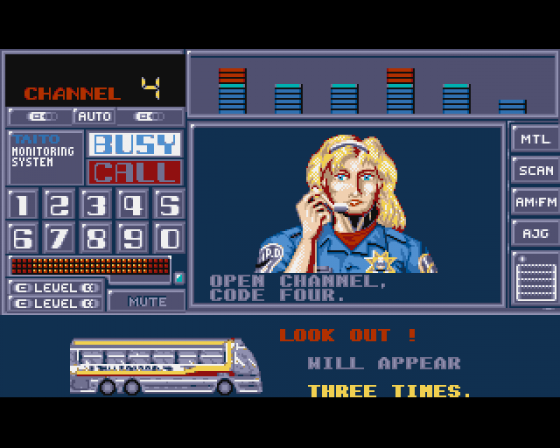 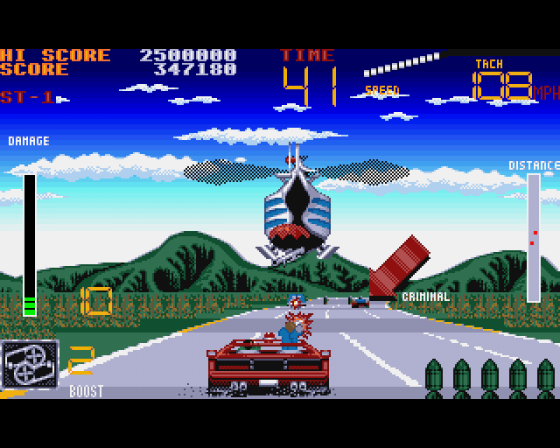 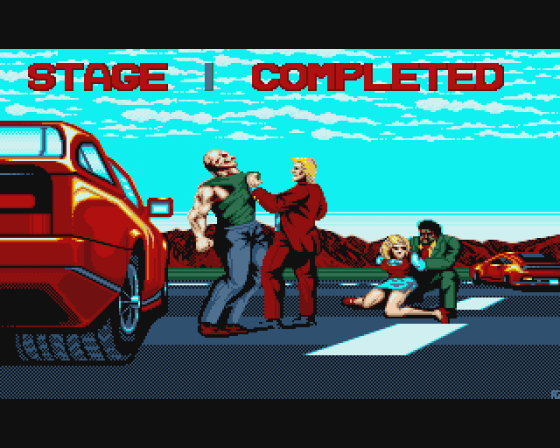 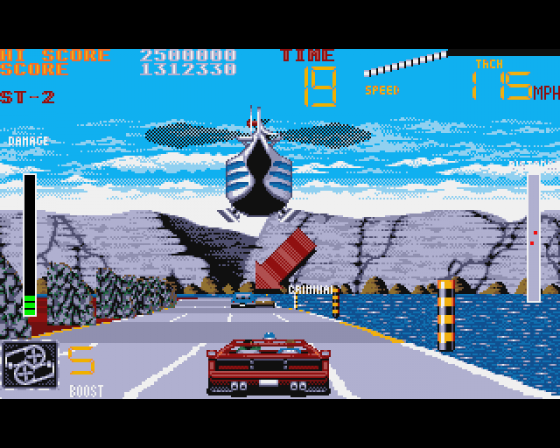 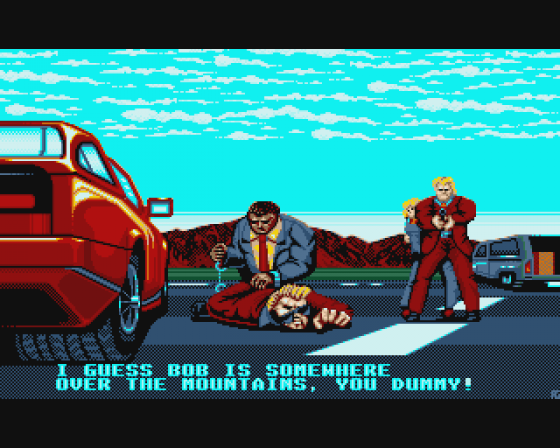 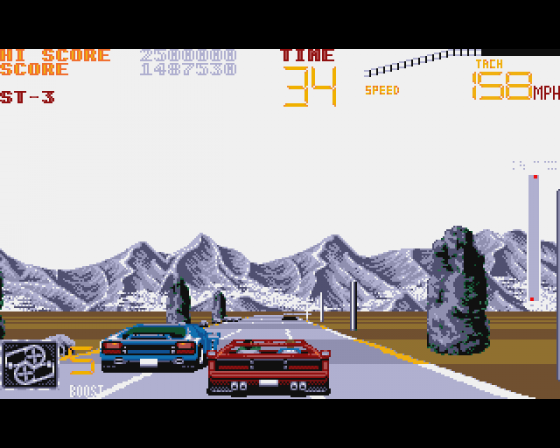 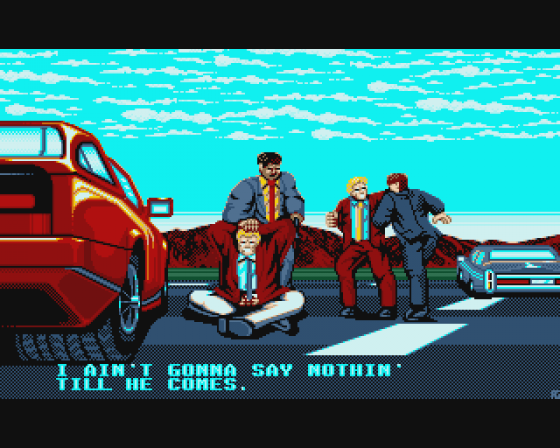 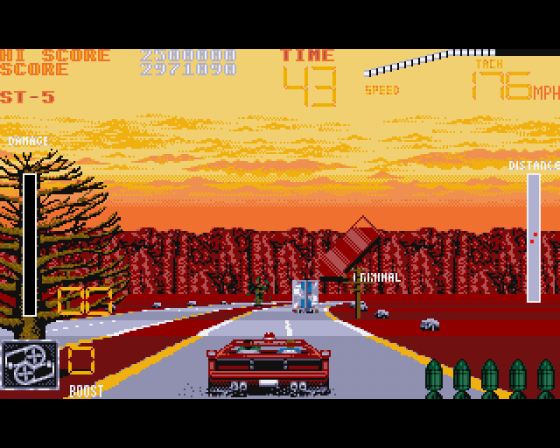