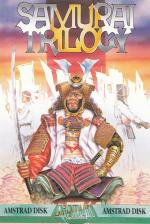 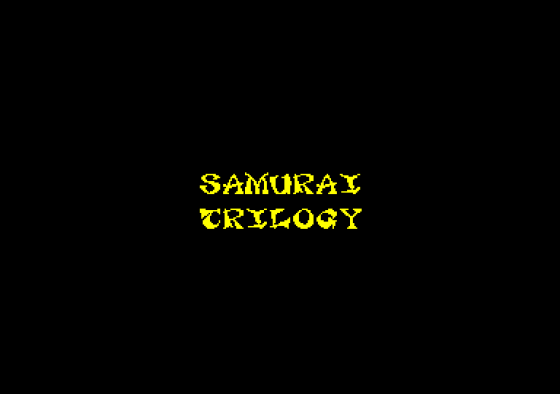 Yawn, yawn. Another combat game. Surely this type of game has had its day. Samurai Trilogy does in some way attempt to give something new to combat gaming. But ah, well...

Apparently deep in the oriental province of the Nang River there lives a breed of fighting warriors highly skilled in the arts of karate, samurai, and kendo. You play the part of a trainee under the Supreme Master Chu Yu - it gets cornier. Chu Yu will impart his wisdom to you as you battle to become a samurai warlord.

You can choose one of the three disciplines. In karate your possible actions are flying kick, spin kick, mm, punch, backward and forward shuffles, high kick, jumping kick and a swapping chop. In kendo: jumping cut, exchange cut, lunge, overhead cut, and the usual forward and backward movements. In samurai: overhead cut, side cut, point thrust, overhead parry and kick, and the usual movements. 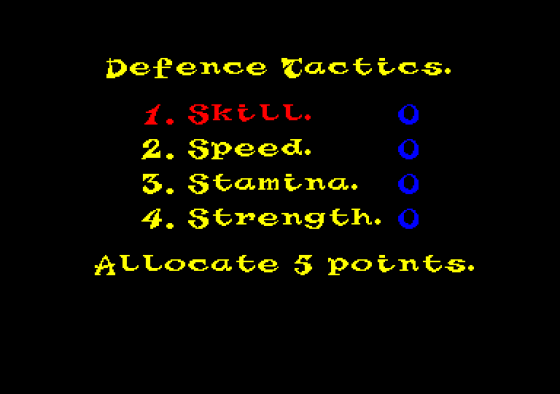 Before facing each opponent, you must decide which of the five defence and offence options you should put more bias on. You do this by allocating points - you have five - to each option. It's complicated, but you'll under-stand when you play the game.

I'm very sorry, but I don't like this game. The movement of the characters is sluggish and badly animated. The different moves are very limited and lack potency. The graphics are made up of boring colours, though more than one colour is used in drawing the characters. Sound is uggh! Certainly not one for my collection. I will be glad to give it back to Bob.

Barbarian was fast, well animated and funny. This isn't. It's got three types of fighting, which will provide variety, but there's not a lot else going for it. The combat game doesn't have anywhere else to go except downhill, Tm afraid. I think someone should decapitate them quick. 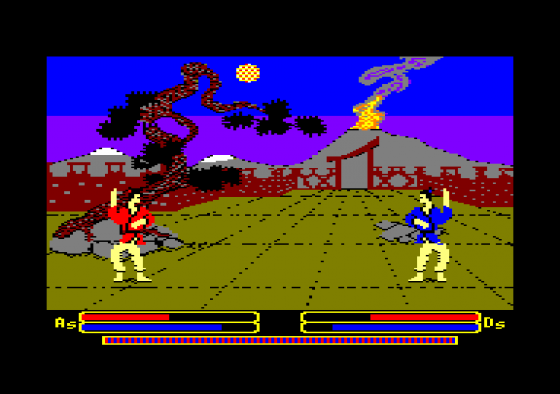 Same old combat stuff with nowhere to go but downhill... Drab colours used for everything too. 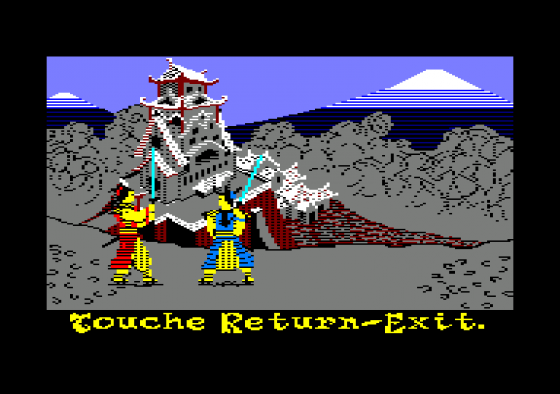