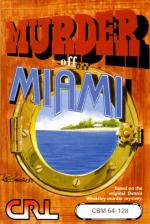 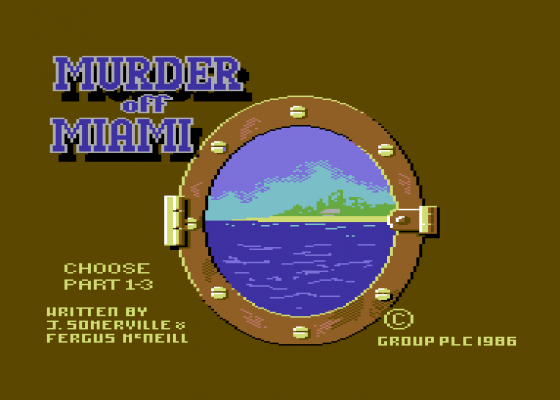 I was rather rude recently about Dracula from CRL, so it was a nice surprise to find this game so enjoyable.

Based, so it claims, on a book by Dennis Wheatley, the game revolves around the death of Mr Blane on a boat called the Golden Gull. Mr Blane is a big man in the world of soap (the stuff you wash with, not the stuff you watch on telly!) and so is his co-sailor. Could be they had a bit of a "lather"... or was ol' Blane washed overboard?

Up to you, Detective Kettering, to find out the truth. Programmed by Fergus Mcneill of Delta 4 fame and Jason Somerville, this game has the familiar Delta 4 hallmarks of (1) three parts, (2) TALK TO feature, (3) sense of humour and (4) attention to detail. 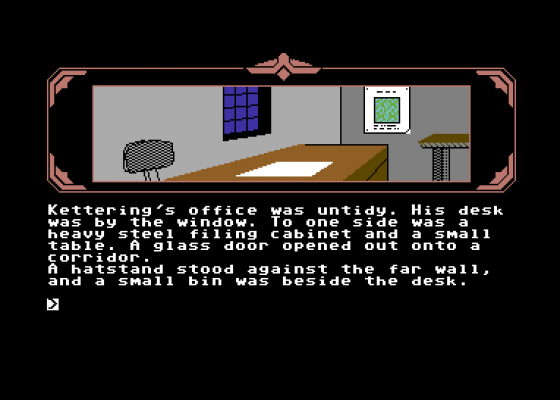 The last two features are best illustrated by a little sequence you might encounter at the beginning of the game. Sitting at your desk, you receive a memo from your boss telling you about Blane's death. You can, in the meantime, examine the ash tray and see an "unfiltered Camel", which you can quietly enjoy for a minute or two. If however you spend too much time browsing around your office, in marches the boss who fires you for not leaping to your feet and rushing off to solve the crime as soon as you received the memo.

And if Adventuresoft are still wondering what I meant about 'scope' in a game - the above is the perfect example.

I found Dracula to be slightly dull in that it frequently nurse-maided the player along predetermined plot lines. Miami does the same from time to time but it's far less obtrusive and there's always lots to do. Once you reach the Golden Gull you'll find plenty of guests to interrogate and a mine of clues and information that you must piece together to find out the truth. And although many characters will reply to your questions with the non-committal "Ask me tomorrow" their presence adds much interest to the game.

This game was a pleasant surprise - I hadn't even had a press release from CRL about it, and as it turns out I think it's one of their better games. As a Quillustrated program, it also has some really quite attractive pictures as well, and just goes to show (as Fergus McNeill has shown several times already) how much good you can do with that worthy utility.

This game was a pleasant surprise and I think it's one of their better games. 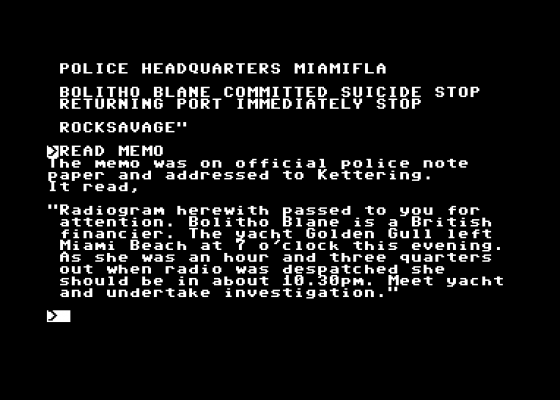 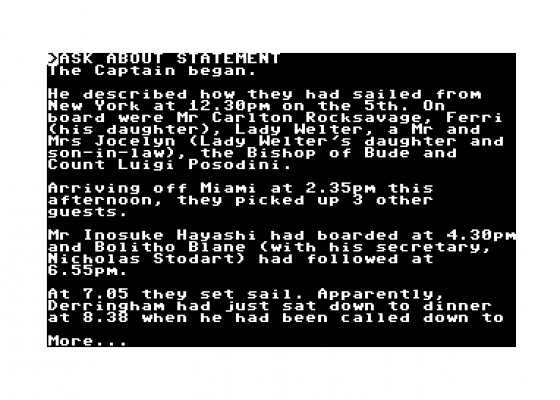 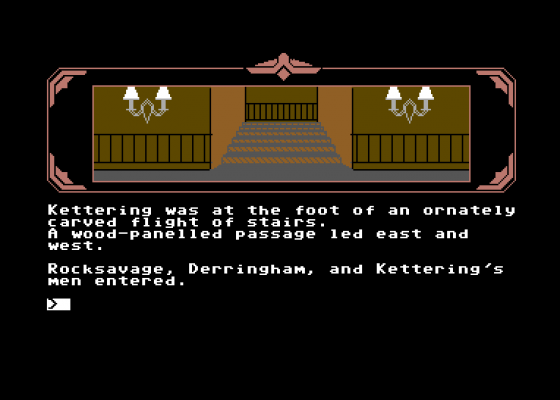 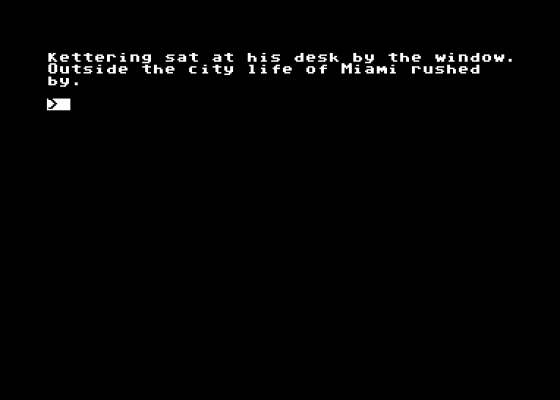