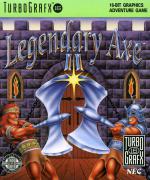 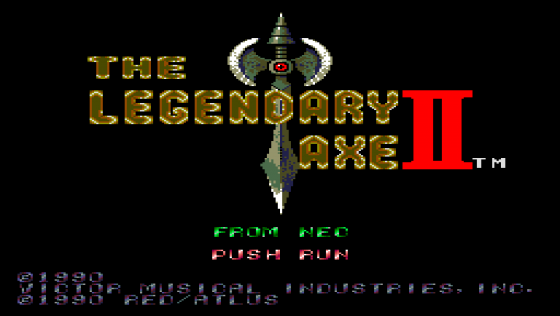 Come with me, back to the Dark Times - a black age of sorcery and evil, where demons and creatures of the damned walked the lands, leaving destruction and chaos in their wake.

A hero was needed, one of brave heart and cunning, a warrior who would travel forth into the myriad horizontally and vertically scrolling landscapes, and with flashing sword would do away with the terrible scourge that had blighted the world. One such hero has emerged, a legendary barbarian known to all as the wielder of the Legendary Axe. His is an arduous task, but there are magical powers and mystical weapons scattered along the route to protect him and help give serious flesh wounds to the oncoming crowds of zombies.

And so, with visions of fortune and glory, the warrior did set off, into the unknown... 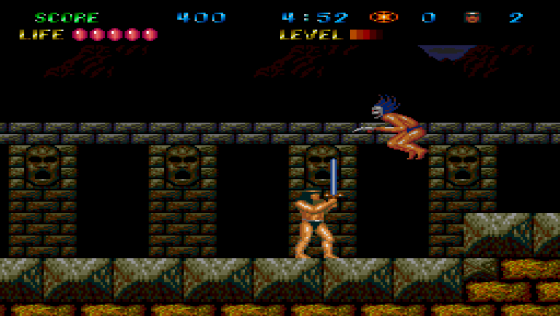 Over the last few months, the PC Engine's been on the receiving end of quite a few sword-slingers (such as the so-so Rastan II), and none were game enough to stand up to the original Legendary Axe.

Now the sequel is here and it's not only as good as the original - it actually improves on it! The graphics are brilliantly drawn - dark and eerie backdrops with creatures of the night leaping hither and thither. The sound is really good, with the odd clang and grunt thrown in for good measure, but the gameplay is where things really get hot!

The difficulty curve lets you get to grips with a few nasties to start with, then lets you have it from all angles - not enough to have you screaming in frustration, but just enough to get old adrenalin pumping overtime. Overall, a great sequel, and a brilliant hack 'n slash in its own right. Highly recommended!

A great sequel, and a brilliant hack 'n slash in its own right. 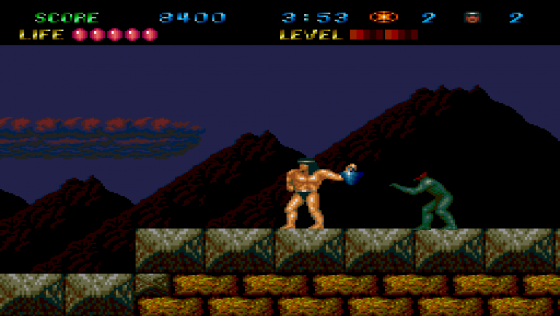 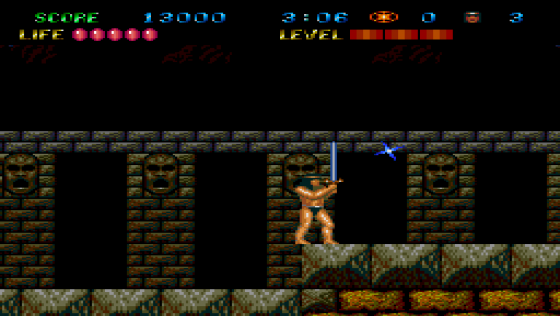 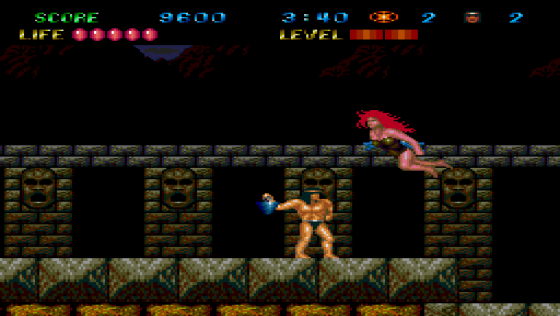 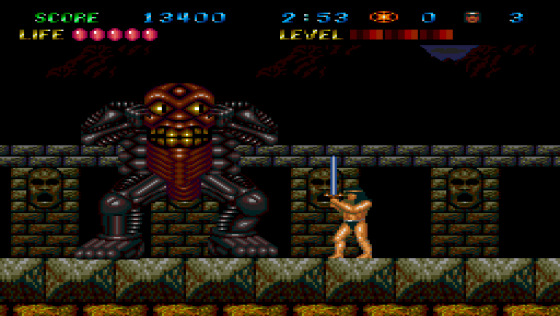 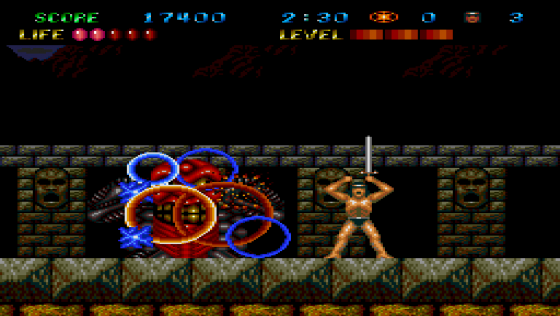 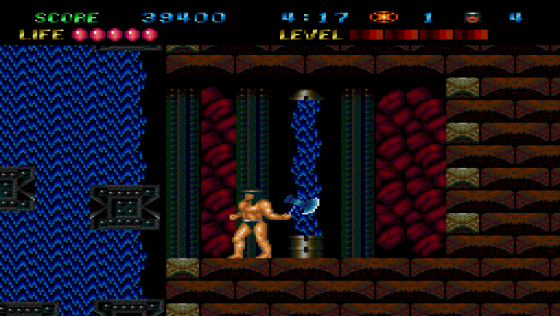 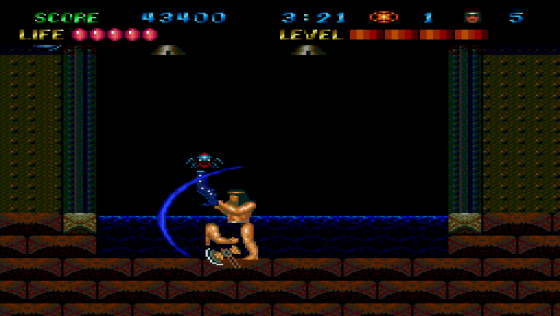 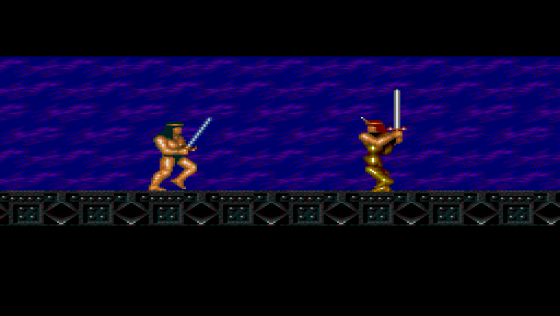