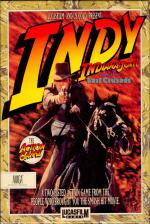 Indiana Jones And The Last Crusade: The Action Game (US Gold) 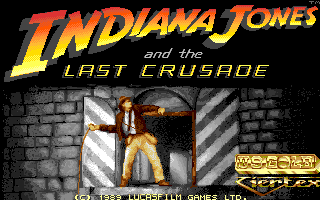 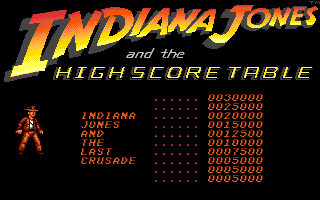 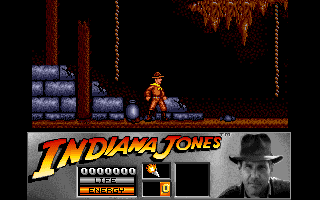 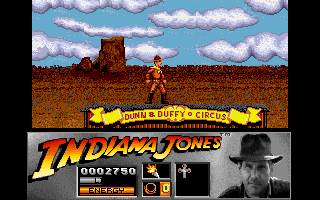 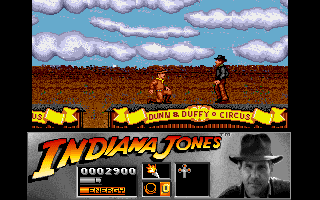 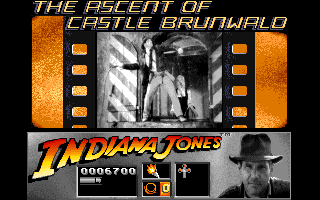 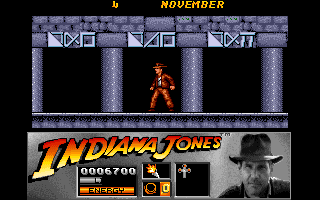 The man with the hat is back and chasing after the Holy Grail to save it and his father from the evil Nazis. With tongue firmly planted in cheek the funniest of the Indy films is already a huge hit, and accordingly has two games for all us fans to remember it by. The Action Game has been created by UK programmers Tiertex, with Lucasfilm only supervising, and sticks quite closely to the film plot.

The first of the four levels recreates the flashback which starts the movie, with River Phoenix playing the young Indy on a Boy Scouts outing. You start off in the caverns where Indy has discovered treasure hunters looting an archaelogical site. Your objective is to grab the Cross of Coronado and escape, but there are plenty of villains to whip into shape and chasms to jump over. There's also the dark - if you don't keep picking torches up the screen goes completely black!

Once Indy escapes the villains give chase, forcing him to take a dramatic ride on a train. You must run along the top of coaches, dodging giraffes and rhino horns while beating up the baddies. The train seems to have grown considerably since its movie appearance, but survive it and level two transforms you into the adult Indy searching Venetian catacombs for a shield, much as on level one. The level continues at Castle Brunwald, with Indy now able to use his whip to swing over gaps as he scales the castle walls.

Level three sees you hitching a ride out of Germany on a massive Zeppelin. Unfortunately, mid-flight the Zeppelin is ordered back home and you must escape by getting onboard one of the bi-planes slung underneath it. As you bash your way through Nazi stormtroopers, passports must be collected to prevent the alarm being set off! Escape and it's a trip to the temple containing the Holy Grail. This is a Metrocross-style level, where you have to sprint along, jumping over razor-sharp blades.

Tiertex go from strength to strength with titles like Thunderblade and (soon) Strider but they've fallen down quite a lot with some bad titles. Indiana Jones And The Last Crusade is, amazingly, one of the latter.

Three out of the four events are strikingly similar in gameplay, slow in pace and generally dull in action. Thankfully the graphics are okay and varied. The idea of stills from the film before each level is neat but the sound effects lack substance.

Climbing ladders and walking sedately along ledges is all well and good but best in moderation. The Metrocross-style level at the end is nicely different but it's too little too late.

Capturing the grungy, beat-up atmosphere of the Indy films, complete with begrizzled Harrison Ford and grimy caves was always going to be a tough assignment.

And sadly, it's a test that Tiertex have failed - while the main sprites are reasonable, the backdrops are generally very poor, especially the clouds on the train section.

Graphics do not a game make, of course, but with Indy performing as sluggishly as he does here, they certainly could help. If you're a real fan you might find this unimaginative, but effective fun - if not, avoid.

Presentation 65%
Good packaging and continue play option after level one, but digitized film graphics between levels are rather twee.

Graphics 43%
Adequate main sprites, but the backdrops are very poor apart from Castle Brunwald and the Zeppelin.

Sound 29%
Walking on cornflakes FX and the odd gunshot.

Hookability 38%
Level one is one of the least attractive, and toughest levels.

Lastability 36%
Minimal variety in gameplay means once you've seen all the graphics, you're unlikely to keep playing.

Indiana Jones And The Last Crusade: The Action Game (Amiga 500)