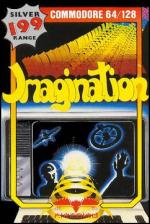 Well, this is certainly the month for original games. Here one Mr Torrence - programmer of Subsunk, one of the Wiz's budget favourites - indulges in a bit of light-hearted ribaldry, poking fun at other computer games - including some well-known adventures.

The aim of this GAC-ed game, I think (I can hardly believe the inlay, but this is what it says), is to find out how many stars there are in the universe. When you load up, you find in the first location a computer, a monitor, and a floppy disk. Inserting the disk boots the system into life and if you examine the screen you find - hey presto! - a menu of game options.

If I tell you that the games on offer are:

2002: A Very Odd Day In Space
Panic Miner
The Lords of Half Past Nine
Raid Over Margate

...then you may get some idea as to what's going on! You must enter each game in turn by selecting it from the menu, and then either dodge killer sprites (in 'Panic Miner', of course or else giggle at the rather unkind take-offs of the famous Level 9 graphics in 'The Lords of Half Past Nine'. The trouble is, they really do look exactly like Level 9 graphics!

Each game has something very different to offer, and the puzzles are really quite tricky, involving much entering and quitting of games as you rush hither and thither collecting various items to overcome the obstacles that present themselves in each scenario.

I enjoyed this game, especially as I had the secure feeling that it would only have cost me £1.99, but I did think that there was perhaps a little too much variety in it. Sometimes I think games suffer if they try to include too much material at the expense of some form of unity - but this is very much a personal view and others may feel exactly the opposite. After all, there is something rather satisfying about solving one puzzle with an object brought in from another game, even if you do have to do a lot of scurrying to-ing and fro-ing. Anyway, at this price you can't lose!

Each game has something very different to offer, and the puzzles are really quite tricky.