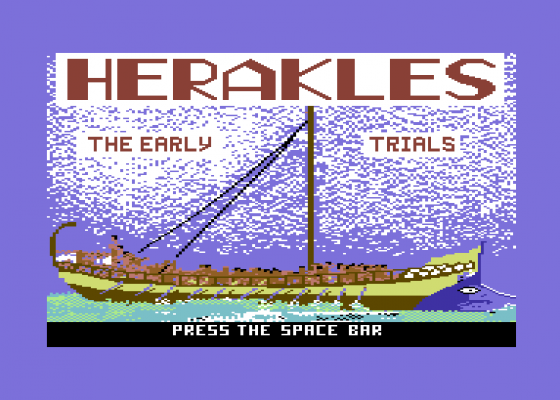 Mmmmmm... Interrrrresssting... What can we say about this one? Not easy.

First, I've never heard of Tunstallsoft - but they've sent me a disk to review, and it stands out from most of the other homebrew items I get sent because it is reasonably well packaged and contains clear instructions.

Second, unlike any other homebrew game, it really uses the disk to give you lengthy text descriptions. 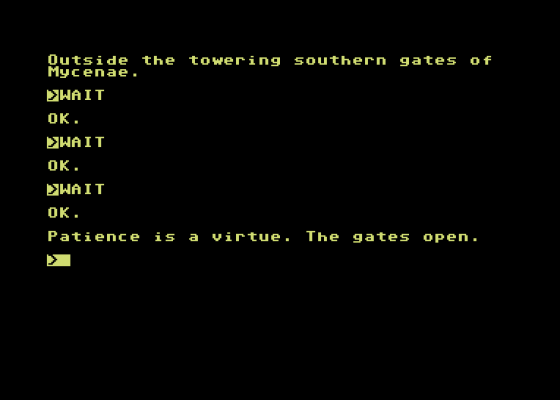 Third, the descriptions are pretty good, and the atmosphere of the game is much enhanced as a result. There are also some pictures, some of which are very attractive.

The game is the first of a two-part series, and as Herakles you must complete a number of tasks drawn from Greek mythology, including grabbing wild boars, cleaning stables, and killing hydras. There's obviously been a good deal of research carried out here, with both place names and individuals carefully created with a view to their legendary counterparts.

Unfortunately, for some reason, I wasn't really grabbed by this game. The parser is pretty primitive - it only accepts two word inputs, examine the first four letters only, and is slightly quirky in other respects. For example, while you can enter certain worlds (WAIT, for example) in some locations; in other locations, they are not understood. Furthermore, the parser does not specify which word it does not understand - a small point, but as readers know, it's one that helps maintain interest when trying to solve difficult puzzles.

I suppose it may have been this that dampened my ardour somewhat - in what is for the most part a text-only game I like to have pretty comprehensive interaction and input facilities. But in this case I think I ought to make an exception and set my personal feelings apart, for the following reasons...

First, the text descriptions, which are highly detailed and very nicely written. Some of them run to almost an entire screenful and are most atmospheric. Obviously they are too long to reside in memory and to call them up you enter the special command T. This loads in a text file relevant to that location and to others in the neighbourhood, you can then get the full description of your whereabouts. The default descriptions are very short - usually only a few words on the top line of the screen.

Second, the gameplay. There's quite a lot involved, with far more puzzles to solve than the average homebrew game. Some of them are quite original, and I've yet to discover any that are seriously lacking in logic.

Third, the graphics, which although few and far between are attractive full-screen hi-res efforts.

And lastly, the price - £5.95 can't be all that bad, when Tunstallsoft have obviously put in so much effort. Apparently the game is part-Quilled, which explains the limitations of the parser, but extra bits have obviously been tacked on to expand the presentation. Despite my own reservations, I can't help feeling that this is a good deal that should not be passed over by disk drive owners, and certainly not by anyone with an Ancient Greece.

A great deal... Should not be passed over by disk drive owners, and certainly not by anyone with an Ancient Greece. 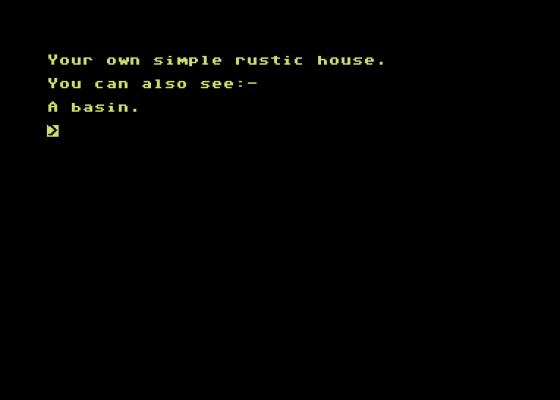 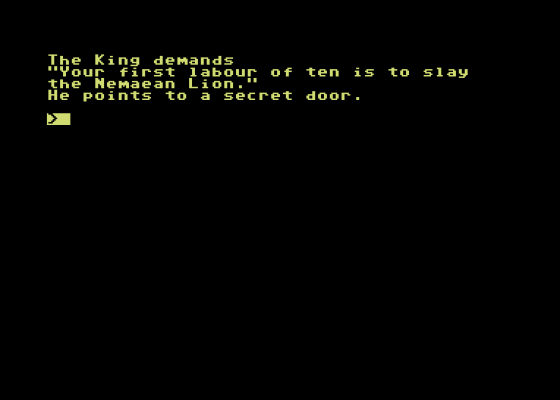