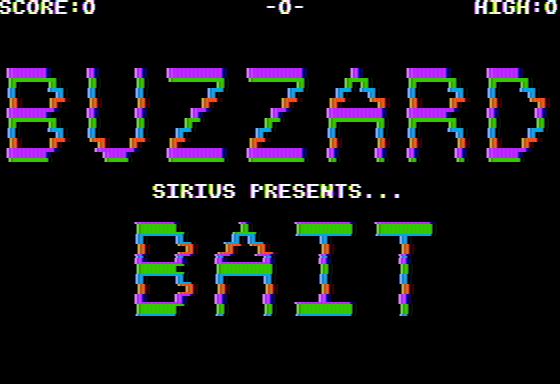 "Re the computer game market. The designer/programmers are a hard lot to deal with. They seem totally uninterested in what is marketable and wholly consumed with showing off their technical prowess.

"The arcade-type game is fast becoming a vanishing species. Most of the smaller companies who flooded the market last year are out of business, and the big guys are all taking a bath in the stock market since they released estimated losses.

"The arcade-style market is completely saturated here. Retailers are dumping once-upon-a-time $30 items for $4-$5. The only gaming software which seems to be holding up are the ones which are actually games and not just hand/eye coordination tests, but even their prices have come down about 20-25%." 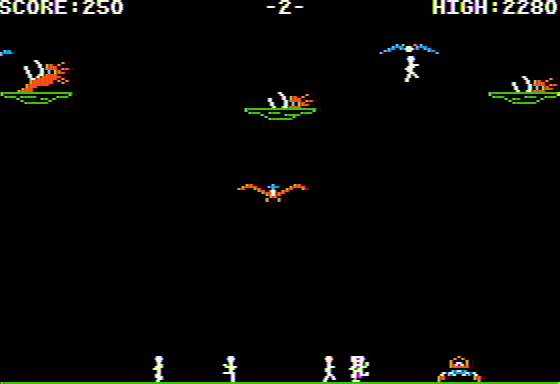 Those encouraging words came from my US games publisher, a man not particularly noted for his pessimistic outlook.

Since the market for arcade-style games hasn't saturated this side of the Atlantic, it's no surprise to find that Buzzard Bait, the latest offering from Sirius, is another hand/eye coordination test.

The idea is that buzzards have taken to snatching humans as fodder for their chicks. And somehow you, with your hovercraft and missiles, have to put a stop to it. 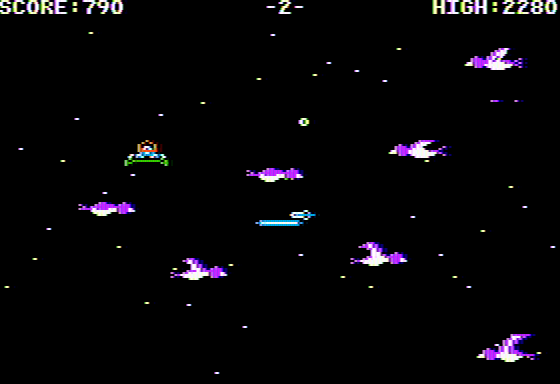 Your problem is complicated by penguins (yeah, penguins) which will write off your craft by crashing into it if you don't manage to jump over them.

As an interlude between bouts of buzzard-bashing, you are invited to pick up ship parts while bouncing off an erratic flock of flying (yeah, flying) penguins and avoiding mines.

On top of all this, the buzzards will drop rotten eggs on you when they get really annoyed! 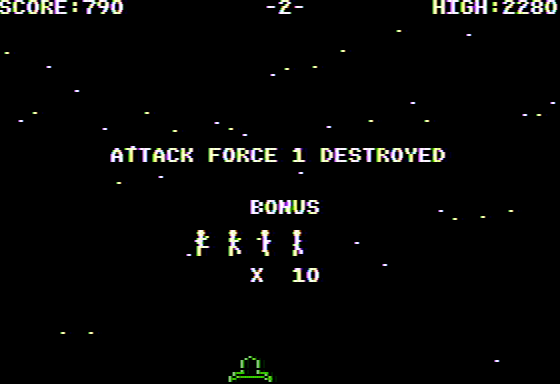 There are some nice touches to the program. It starts off with the buzzards mating, two by two, above their nests.

Parents need fear no overt eroticism. The process is symbolised by the appearance of stylised hearts which, perhaps inevitably, turn into eggs. The eggs hatch and huge buzzard chick heads appear demanding food. After that, unfortunately, it's downhill all the way.

Technically, the game is excellent. Sound effects are quite magnificent, graphics good and animation smooth. You can keep track of your current score top left of the screen and there is a high-score feature which shows you the target you need to reach to become current reigning champ. Joystick, paddle and keyboard control options are all included.

Perhaps in an attempt to encourage addiction, the manufacturers have made the game automatically restarting. That is to say, you aren't given the option to play again when one game finishes - it simply happens.

The program did, in fact, prove totally addictive to my favourite teenage arcade game maniac, who considered it as good as any he'd played.

As his scores and experience mounted, he discovered it was possible to shoot down high-flying penguins and also that baby buzzards eventually started to use bombs.

But if you're over 21 (well, over 25 then!), I doubt you will be playing this one for more than an hour or so before the whole thing starts to pall. As my publisher suggests, technical ingenuity isn't everything. Buzzard Bait does not lack colour of programming expertise - just creativity.

Proved totally addictive... As your scores and experience mount, you'll find it's possible to shoot down high-flying penguins, and also that baby buzzards eventually start to use bombs! 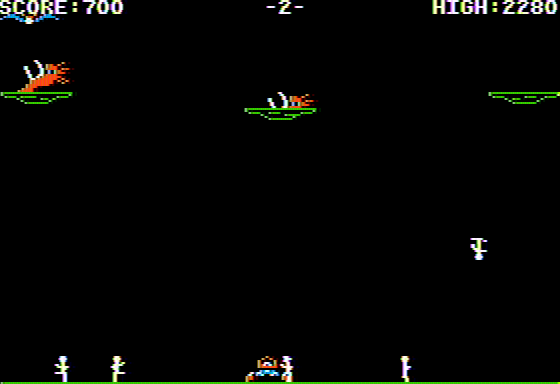 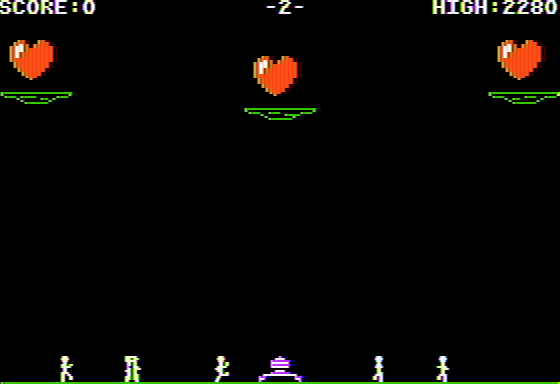 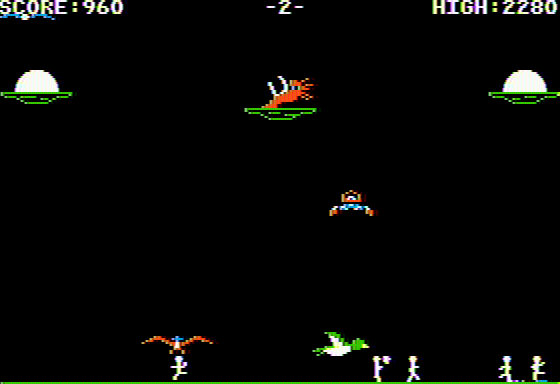 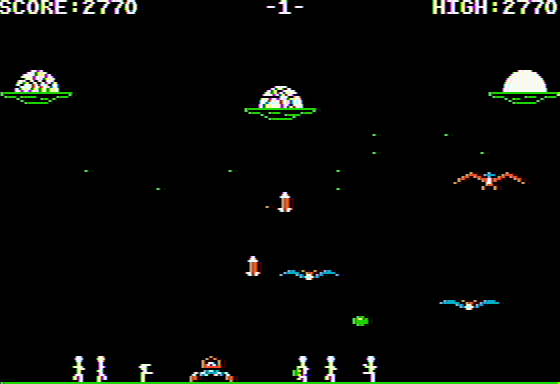 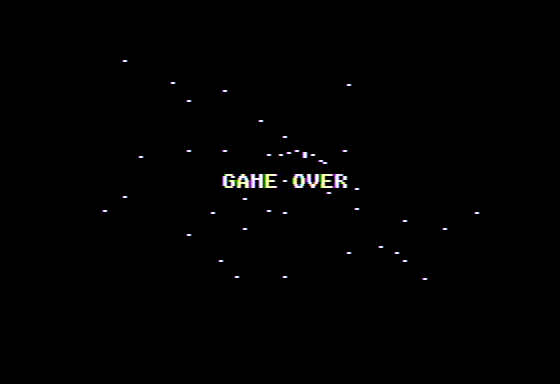