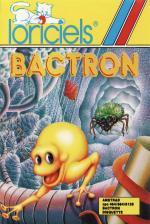 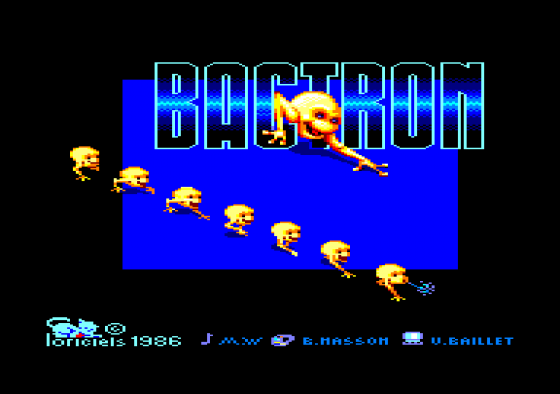 The French in their computer games seem to have a penchant for diseases. First we had Contamination from ERE Informatique, and now Loriciels has come up with another one where you have to fight disease from inside a patient's body. The character you control, Bactron, looks set to become yet another cute cult.

Your task is straightforward. A patient is gradually slipping into an irreversible coma. To prevent this you just have to activate a number of enzymes located somewhere in the isometric 3D screens that represent the body.

You, the Bactron, are basically a head on legs (sounds familiar!). When he moves, the legs stretch out as if he's doing a John Cleese silly walk. 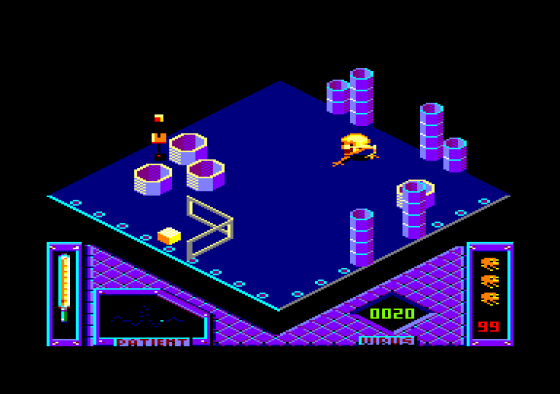 The 3D screens you walk around are another indication of what good graphics the Amstrad can produce. There's excellent use of colour and shading for the various bits of scenery and some delightful creatures to make life tough. The screens are connected by doorways, and many of the rooms are divided by low fences. Also dotted around the rooms are many objects that can be pushed or pulled around to block creatures or just to get them out of the way.

The Bactron is wonderfully animated, digging a claw into objects when pulling them and blowing a blast of icy breath when you fire. This allows you to freeze the creatures for a while, giving you the chance to escape. Creatures vary from delightfully animated pairs of bouncing balls that follow set patterns, to floating, green, hairy things that home in on you.

As you explore the game you're looking for small yellow cubes - enzymes which have to be activated. You battle against two problems: the time limit imposed by the patient's rising temperature, and the drain on your energy from the creatures. The cubes are activated by touching them, replenishing your energy at the same time. Watch out for blue cubes because you don't want to activate them. 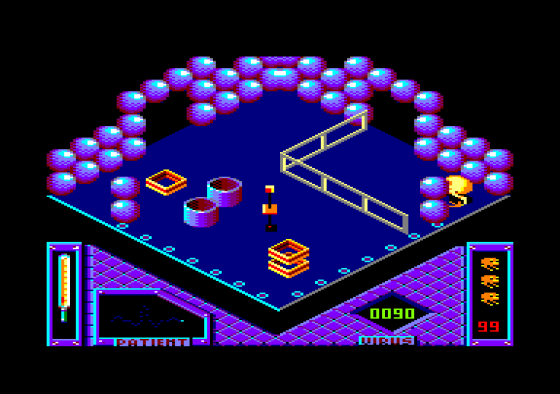 Most of the time you'll rush around trying to avoid the creatures and trying to cope with your awkwardly long stride. There are problems where you have to pull or push blocks out of your path, but because you can't jump or pick things up these puzzles are very limited.

The graphics and the catchy title-screen music are the game's best features. The gameplay, however, is a bit limited. It will have you hooked at first as you explore and map it out, but there isn't enough variety in your tasks really to keep you going for long. Get it and have fun for a few days but don't expect it to challenge you for long.

The 12-bar blues music that accompanies the demo is exceptional: definitely foot-tapping material. As for the graphics and animation, Loriciels has kept up its exceedingly high standards. The main character, Bactron, is one of the cutest you'll come across - the stuff cults come from.

But once I had explored the game I found there was only the music and graphics to go back to.

P. Great use of colour and shading on scenery.
P. Some lovely animation on Bactron and other characters.
P. A pretty tough game task because of the time limit.
P. Toe-tapping title-screen music.

N. Appeal may fade quite fast.
N. Control can be a little awkward.

Some lovely animation on Bactron and other characters - but its appeal may fade quite fast. 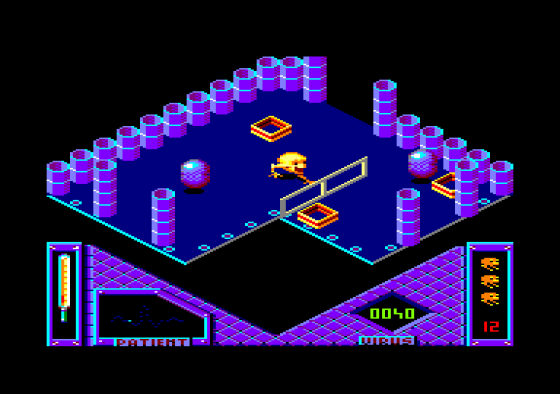