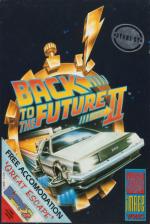 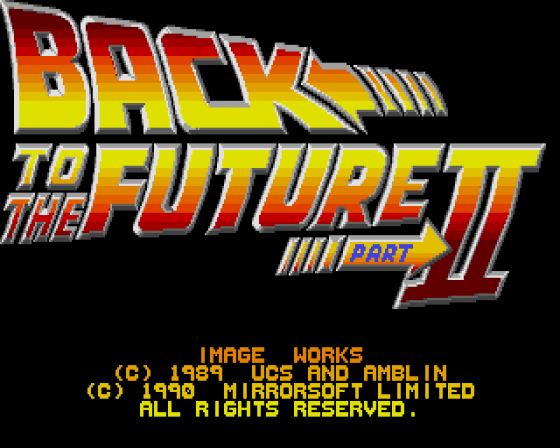 Marty McFly, having travelled back to 1955 in Doc Brown's DeLorean time machine, has now been whisked into the future with his girlfriend Jennifer to sort out their kids. Confused? You will be.

Once there, Marty buys a sports almanac, giving the results for every event from 1950 to 2000, with which he plans to make big bucks back in 1985. Doc finds out, and talks him out of changing his destiny.

Marty's arch-enemy, a very wrinkly Biff Tannen, steals both the almanac and the DeLorean, and jumps back to 1955. There, he gives the book to his younger self to set himself up in 2015. So Marty is now in a race against time to destroy the book and return everything to normal. 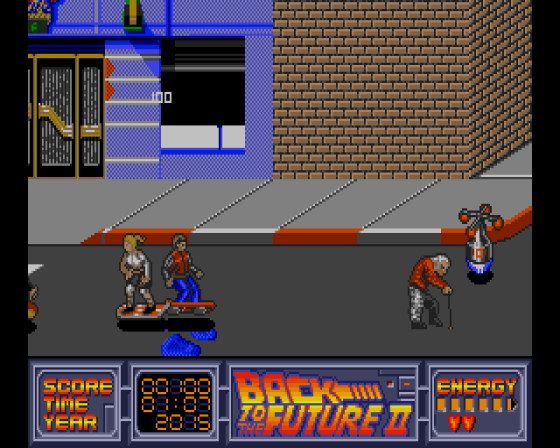 The game is split into five levels, each representing separate parts of the film. Level one is set in 2015, with Marty hoverboarding through the streets of Hill Valley towards the Town Hall.

Level two is a logic puzzle. Jennifer, having been found by the police, has been taken to her future home. Viewed from above, you have to help Jennifer escape, without bumping into any of the computer-controlled occupants.

Level three features Marty in a drastically altered 1985. Moving from left to right along a horizontally-scrolling screen, you've got to make your way to the DeLorean without being beaten up! 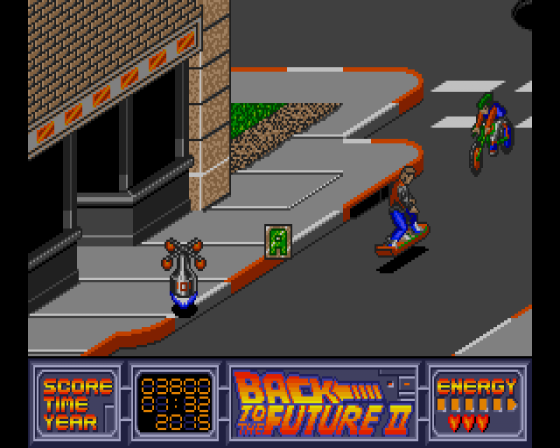 Level four is back in 1955, and is a sliding-block puzzle. You have to rearrange the scene from the Enchantment Under The Sea dance within a set time limit. From there, it's onto level five, and back onto the hoverboard. Biff's got the almanac, and you've got to chase him around Hill Valley, until you can lay your hands on the book, dispose of it, and set everything to rights.

As a great fan of all three movies, I had high hopes for Back To The Future II. But, after playing the game, I feel disappointed. The intro sequence with the Delorean blasting off into the sky is a nice idea, but poorly executed (the car jerks along like a slug with bunions).

Once into the game, things don't really pick up. The hoverboarding levels are alright, but the logic puzzles just don't fit in. Why not use other parts of the film, like flying the DeLorean in 2015, or being chased through Bill's Treasure Palace in 1985?

The graphics are rough but adequate, and the characters look somewhat like their move counterparts (with the exception of Marty, who could be anybody).

Sound is a ho-hum rendition of the theme tune, along with so-so spot effects (what, no samples?) but it's the playability that's lacking. The hoverboard level start to drag after a while, and sorting out sliding block puzzles gets more and more tedious with each play.

Back To The Future II isn't a total disaster, but you do get the feeling that a lot more could have been made from it.

Not a total disaster, but you do get the feeling that a lot more could have been made from it. 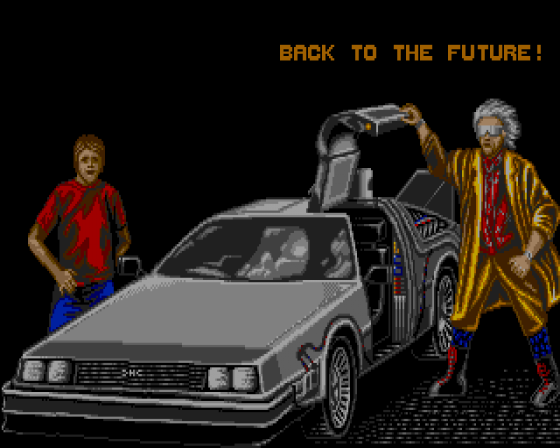 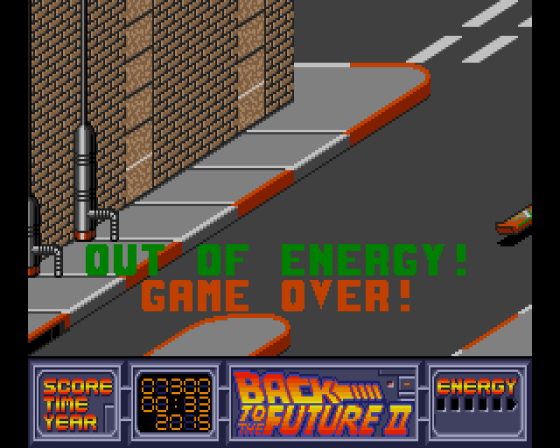 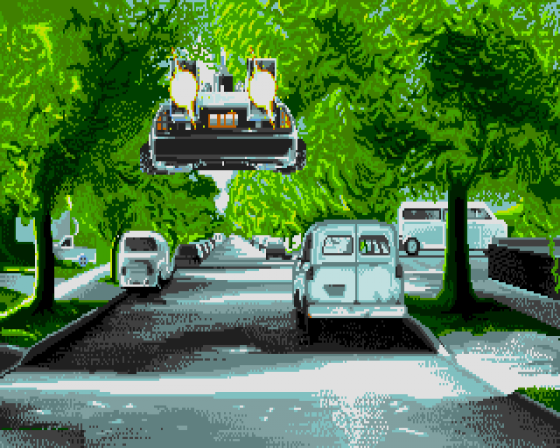 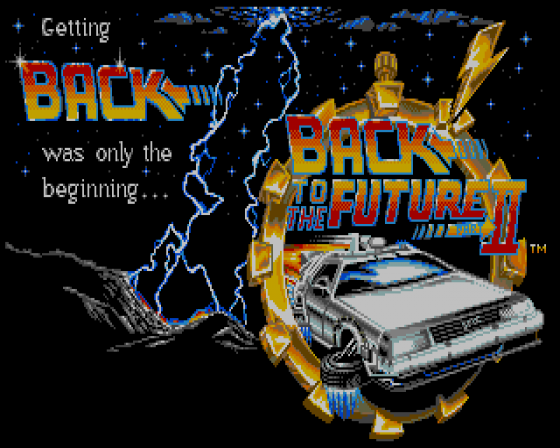