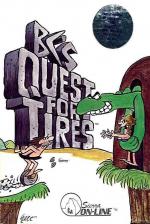 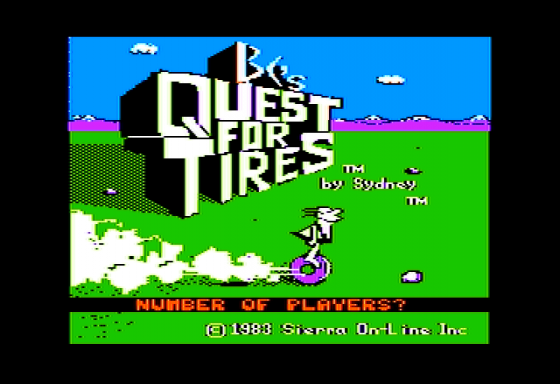 In 1958 cartoonist Johnny Hart finally managed to get the strip cartoon B.C. accepted for syndication. I say "finally" because it was rejected by five syndicates before being accepted.

The rest, as they say in all the papers, is history. Hart's cartoons have been read by over 100 million people in over 900 newspapers worldwide.

Consequently, if you've never seen the adventures of Thor, Cute Chick, Dooky Bird and the rest of the gang, the chances are you're an old Siberian hermit... so why are you reading Apple User? 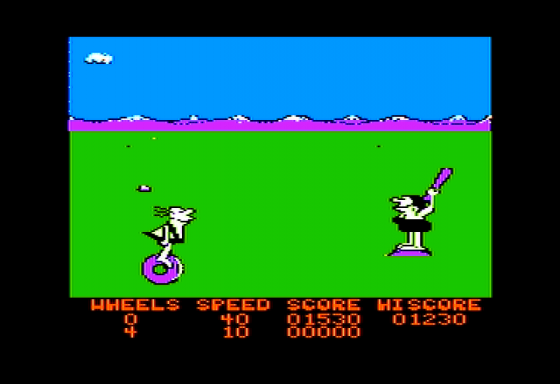 I have to admit though, that what really interested me about BC's Quest For Tires (that's "tyres" over here!) was that it has been produced by Sydney Development Corporation and Sierra On-Line. If you've had your Apple for more than a couple of weeks, you'll probably know that Sierra produced the original micro version of Frogger, and On-Line were well-known for their adventures - Cranston Manor, The Wizard And The Princess, Time Zone, etc.

"So, who's Sydney?" you ask. Regular readers (hi, Mum) may remember that Sydney was the company I raved about when they produced Evolution. It was a bit overpriced, but it's still an excellent multi-level arcade game.

Given the combination of Hart, Sierra On-Line and Sydney, you might reasonably expect the outcome to be fantastic. So what about BC's Quest For Tires? 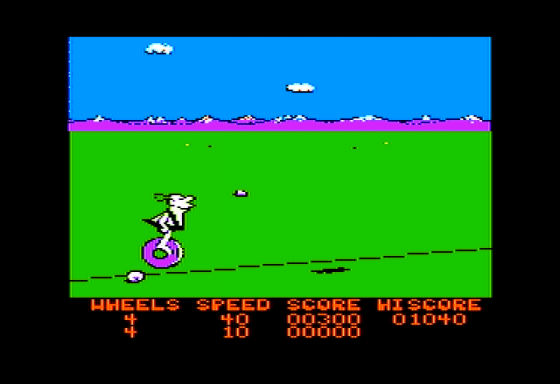 Cute Chick, it seems, is being held captive by the dinosaur. Thor, in true caveman spirit, is out to rescue her. To do so he must steer his unicycle past a number of obstacles. First, he must jump over a series of rocks and holes. It's not too difficult at slow speed, but the score is related to the speed so you need to be moving if you want to rack up the points.

Next is the river. Swimming with a stone unicycle is notoriously difficult, as many people who annoyed the Mafia found out to their cost. Fortunately for Thor there are turtles whose backs he can jump on - it's just that they sometimes decide to submerge.

Then there's a lava pit to jump over. If Thor times his jump accurately the Dooky Bird will carry him across. After that, he must jump over a cliff (no relation) and then dodge, not only obstacles on the ground, but boulders falling from the sky.

As if that isn't enough Fat Broad will restructure his head with a club if he doesn't duck at just the right moment, or the dinosaur will finish him off. If the dinosaur is out, the stalactites in the cave may impart a rather deep parting in his hair. Cute Chick must *really* be cute to put up with all of this shit.

Control of all these actions is via the joystick. Push it up to jump or down to duck. Press one of the buttons to speed Thor up, and press the other to slow him down. Simple, eh? In principle, it is simple. In practise the crucial aspect is timing. Response to the joystick seems slightly delayed, so you must learn when to jump, and that's not as easy as it might sound. Also, as with many tasks, you have to balance speed against accuracy.

So does BC's Quest For Tires live up to my expectations? Ultimately, I think that any problems lie with my expectations rather than the game. The graphics are nice, the animation is smooth and it's difficult enough to be fun to play.

I wonder what it would have sounded like if the Beatles and Rolling Stones had got together to play a Bob Dylan song. Could it ever have been as good as the fans would have expected?

Multi-stage caveman fun in which the crucial aspect is timing. Response to the joystick seems slightly delayed, so you must learn when to jump, and that's not as easy as it might sound. 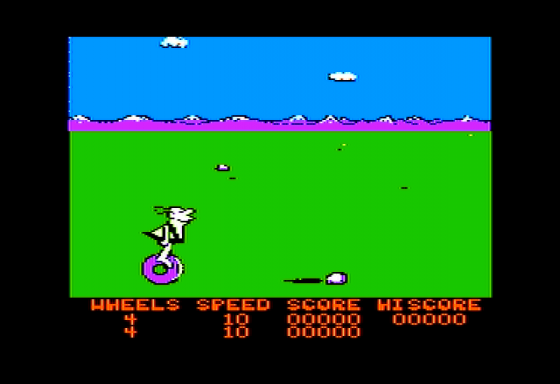 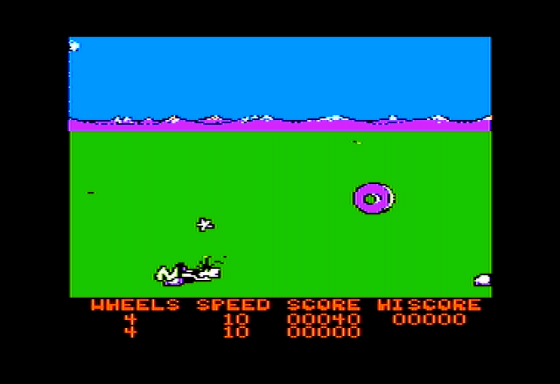 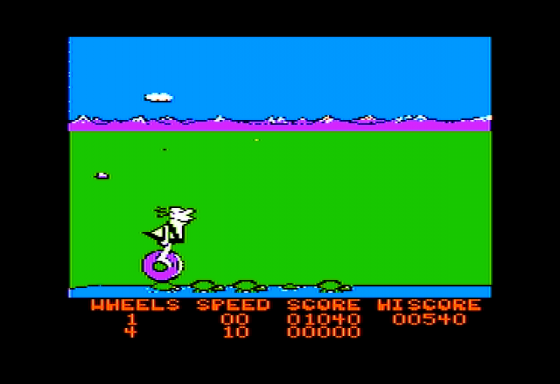 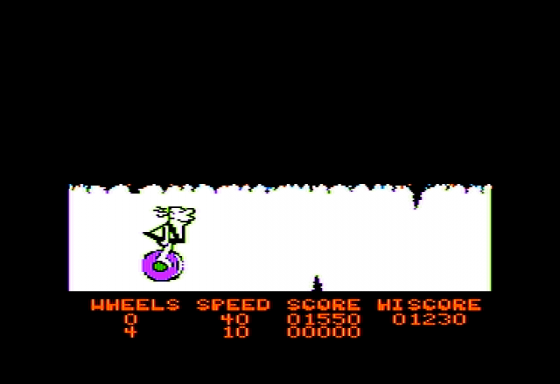