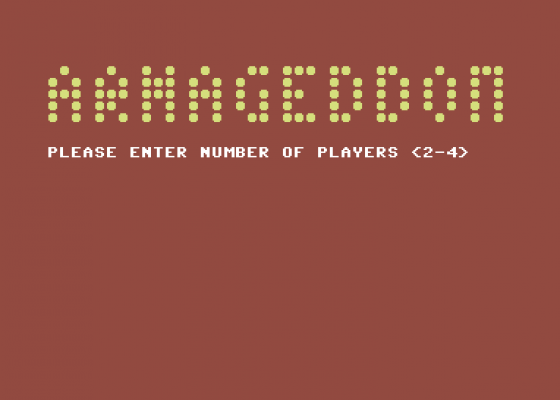 There is something very odd about playing board games on a computer. It may be useful to have a computer to play against in the absence of a human opponent, but when, as in this case, the computer does not play itself but merely supervises the game, the whole exercise seems rather pointless.

This version is quite well presented, with a colourful and clear map of the word to play on. Cursor control is a bit tricky, whether you use the keyboard or a joystick, but otherwise the game is easy enough to play. The biggest snag, though, is that it is very slow. Each attack is accompanied by a flashing picture of a battlefield, which is quite attractive the first time you see it but becomes very annoying when it appears for the fiftieth time.

The other snag is the instructions, which seem to presume a good knowledge of the board game on which this is based. But if you already have the board game then I really can't imagine you wanting to buy this, and if you don't - well, the original version is both cheaper and better.

Other Commodore 64 Game Reviews By M.N.

The original board game version is both cheaper and better. 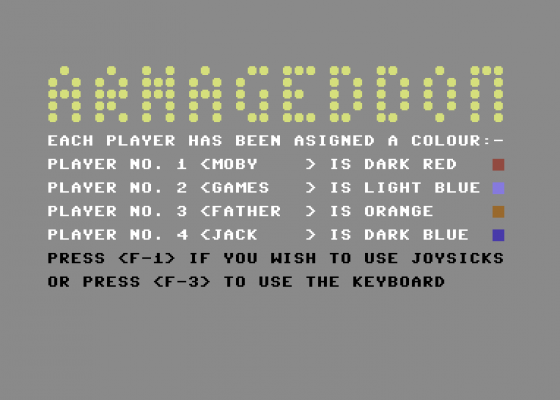 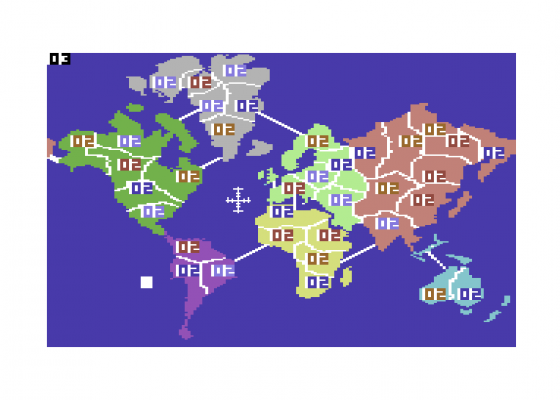 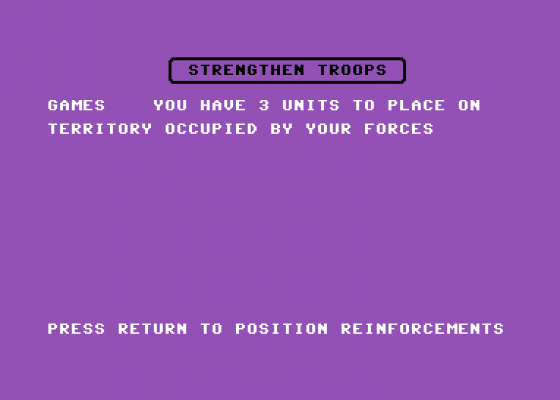 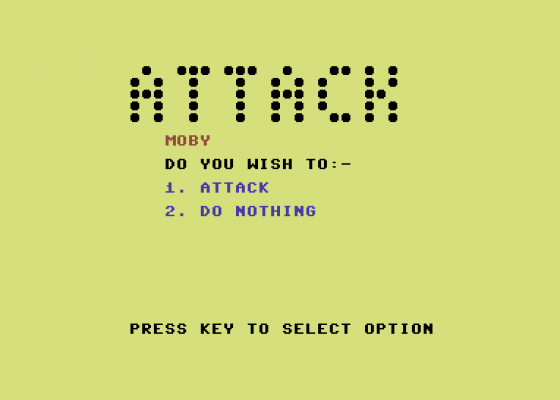 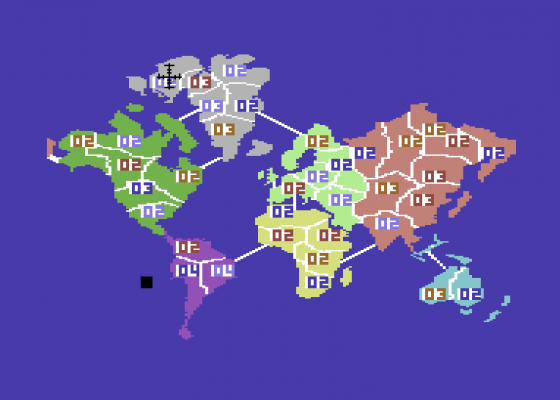 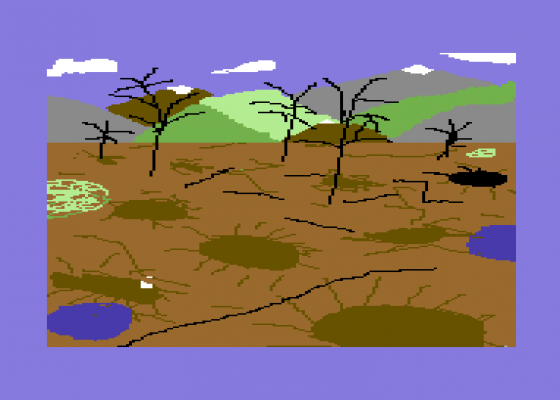 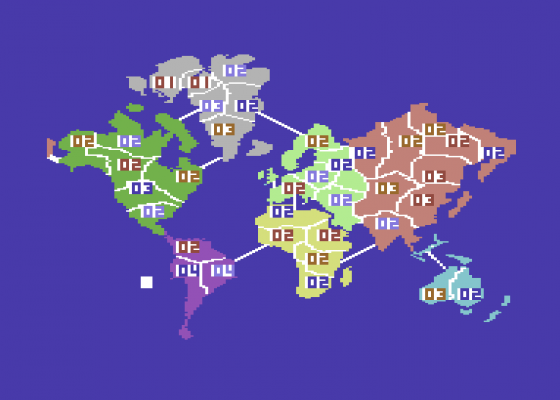